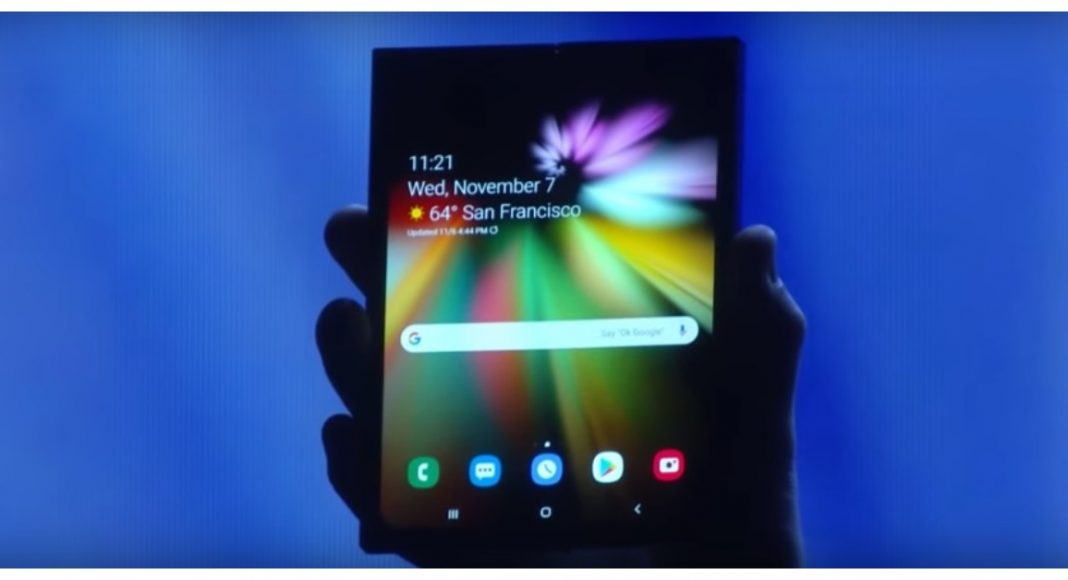 The biggest technology show of the year – CES 2019 – saw a number of new innovations and exciting gadgets. While the focus was primarily on televisions and laptops for most companies, Samsung seized the opportunity to show its much-talked-about upcoming foldable phone to a select audience. The news about this surfaced online when the Korean Herald, a Korea-based publishing firm reported about the same.

Samsung’s foldable phone or Galaxy F smartphone will reportedly feature a 7.3-inch display and users will be able to fold it in three ways – one side, the opposite side and in the middle. As of now, the Samsung foldable phone is not ready to be shown to the global audience as, according to the company, there are still some structural changes in the upcoming smartphone that need to be made. However, the company is working on getting these solved and it plans to launch the device in the first half of 2019. But then, we should mention that Samsung only plans to launch 1 million units of its foldable phone, which is expected to be sold with a price tag in the GBP 1,500- GBP 2,000 range.

The South Korean technology giant has earlier said that the device can work like a tablet as well as a smartphone. So in case you find both of these useful, and you find the price tag affordable enough, you can definitely opt for Samsung’s upcoming foldable phone. Speaking about Samsung‘s foldable phone, a company executive said, “Because it’s equipped with the latest flexible display and battery technology, Samsung’s foldable phone is likely to be sold at 1.5 million won ($1,336) or more. Therefore, the company appears to have chosen men in their 40s with purchasing power as the prime customer base.”

The problem that is currently being faced by Samsung is the creasing of the device when it is folded. It is being said that the creases may lead to the smartphone getting broken. This is the reason Samsung is testing the device right now and wishes to take some more time before unveiling the smartphone to the global audience. Once these issues get fixed, the finalised version of Samsung’s foldable phone will be introduced to all. If you wish to know more about the upcoming device, you can read our story in which we have highlighted the little-known facts of Samsung’s foldable phone.

Avani Baggahttp://www.gadgetbridge.com
Avani has an immense love for reading, travelling and food, but not necessarily in the same order. Avani almost started pursuing law, but life had other (better) plans for her and she chose to be a writer instead (luckily!) She previously covered technology at Times Internet and wrote about smartphones, mobile apps and tech startups. When she’s not writing, you’ll be able to find her in book stores or catching up on her social life.
Facebook
Twitter
WhatsApp
Linkedin
ReddIt
Email
Previous articleAsus Zenfone 5Z available at a discount of Rs 8,000 on Flipkart
Next articleSamsung Galaxy S10 to be launched on February 20