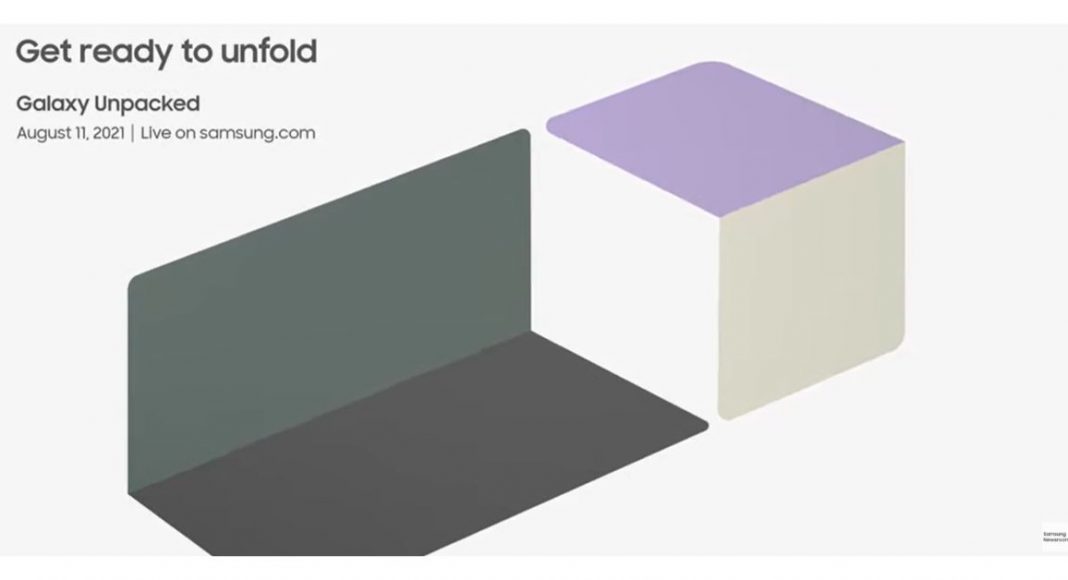 The upcoming Samsung Galaxy Unpacked is just two weeks away. The dedicated launch event is scheduled to take place on August 11. Just ahead of the official launch the South Korean giant has itself confirmed that its flagship Galaxy Note series is not going to launch at this Galaxy Unpacked. Instead of that, the company will bring its third generation o Galaxy Z phones speculated to be Samsung Galaxy Z Fold 3 and Galaxy Z Flip 3.

Hinting at the launch of two new foldable smartphones on August 11, Dr Roh said the Z Fold will combine the very best that smartphones and tablets offer, while the Z Flip will exhibit an even more refined style, armed with more durable, stronger materials.

The Samsung President & Head of Mobile Communications Business TM Roh also confirmed that the upcoming third-generation Galaxy Z Fold and Galaxy Z Flip foldable phones will bring S Pen to its foldable phones. He wrote, “We are out to set new heights and open up a whole new world of exciting experiences for even more people. I hope you’ll join us as we debut our next Galaxy Z family and share some foldable surprises — including the first-ever S Pen designed specifically for foldable phones. Instead of unveiling a new Galaxy Note this time around, we will further broaden beloved Note features to more Samsung Galaxy devices. In the meantime, mark your calendars and tune in to our Unpacked event on August 11 to see what unfolds.”

In addition to this, the speculated Samsung Galaxy Z Fold 3 and Galaxy Z Flip 3 will also get popular apps and services from Google. For this, the company is working with Google to bring seamless and optimized experiences. As per the executive, the upcoming devices will get a more optimised hands-free video calling experience with Google Duo and watching videos in Flex mode on YouTube to multitasking in Microsoft Teams.

Samsung has collaborated with trusted industry leaders like Google and Microsoft to deliver mobile technology that is secure and optimized for today’s rapidly evolving and interconnected world. Roh added, “We constantly work with key partners to create cutting-edge security solutions that keep your devices and data safe every step of the way. This allows us to give you even more control over your apps, data and privacy, so you can curate your own experience — with total peace of mind.”

He also confirmed that the new unified wearable platform One UI Watch user interface, which Samsung built jointly with Google will be deeply integrated with our other Galaxy devices and provides consistent connectivity between your Galaxy Watch and Galaxy smartphone.

To recall Samsung Galaxy Unpacked event will take place on August 11. It is going to be an online presentation that will kickstart at 10 AM ET and 7.30 PM IST. The dedicated launch event will be live-streamed through the company’s official website as well as via the YouTube channel.

Komila Singhhttp://www.gadgetbridge.com
Komila is one of the most spirited tech writers at Gadget Bridge. Always up for a new challenge, she is an expert at dissecting technology and getting to its core. She loves to tinker with new mobile phones, tablets and headphones.
Facebook
Twitter
WhatsApp
Linkedin
ReddIt
Email
Previous article
Nothing Ear 1 TWS earbuds debuts in India at Rs 5,999
Next article
Microsoft Flight Simulator now available on Xbox Series X|S with Xbox Game Pass