HomeOther TechAppsSnapchat Restricts Friend Suggestions for Teen Accounts to combat the spread of...

The company has also added a Quick Add feature to prevent outsiders from locating kids on the app and adding them as friends. 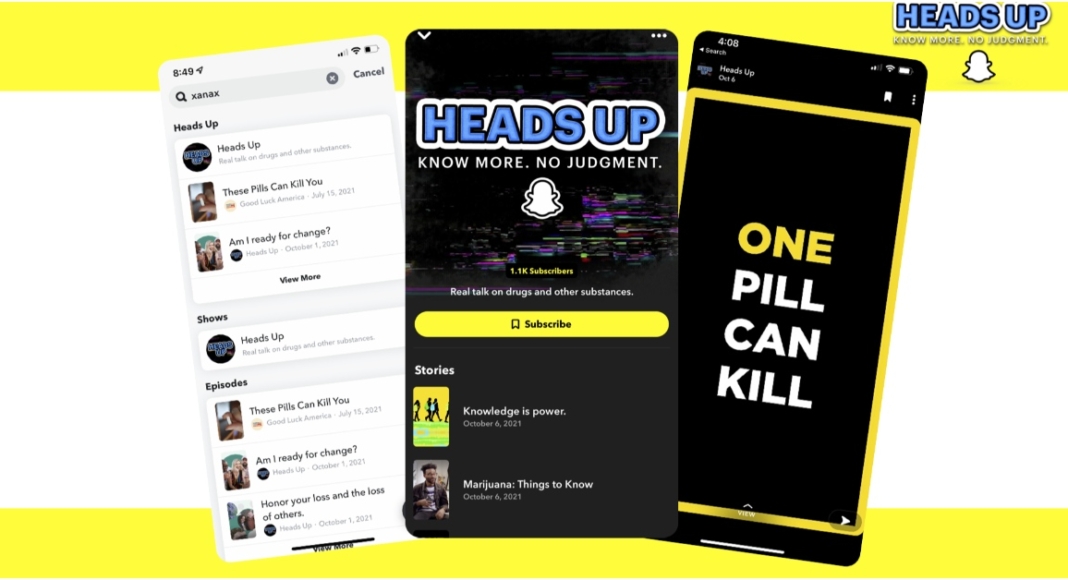 Snapchat has revealed that it is developing a bunch of new parental controls that will help users limit how they can communicate with children on the social media platform to protect users of the app who are between the ages of 13 and 17. The company has brought a new Quick Add feature to the app that will be restricted to prevent strangers from finding kids on the app and adding them as friends.

Snapchat is taking this measure to prevent fentanyl and narcotic content from spreading on its platform. Snapchat also claims to be focusing on building its systems for identifying drug-related activity and helping law enforcement in probes.

The Centers for Disease Control and Prevention (CDC) stated late last year that over 100,000 individuals died in the United States from drug overdoses in the previous year, with fentanyl being a major contributor.

“We also know that drug dealers are constantly searching for ways to exploit messaging and social media apps, including trying to find new ways to abuse Snapchat and our community, to conduct their illegal and deadly commerce,” the company said in its blog post.

According to the corporation, their policy has always been clear: they have zero tolerance for drug dealing on Snapchat. It’s still working on new ways to keep the Snapchat community safe, and have made substantial progress toward our goal of removing drug traffickers off the platform over the last year.

Previously Snapchat also provided updates on its work in cracking down on drug-related activity and raising public awareness about the dangers of illicit narcotics. It has deployed tools that proactively detect drug-related content, collaborating with law enforcement to aid investigations, and providing in-app information and support to Snapchatters who search for drug-related terms through Heads Up, a new education portal.

Now Snapchat has expanded its work first by bringing two new partners to the Heads Up portal, which will provide Snapchatters with important in-app resources: Community Anti-Drug Coalitions of America (CADCA), a nonprofit dedicated to creating safe, healthy, and drug-free communities, and Truth Initiative, a nonprofit dedicated to achieving a culture where all young people reject smoking, vaping, and nicotine.

As per the firm, it will also be introducing the second part of our special Good Luck America series on fentanyl in the coming days, which will be available on the Discover multimedia platform.

It has also boosted its proactive detection rates by 390 percent, a 50 percent improvement. “We have grown our law enforcement operations team by 74%.” The company says that it will continue to collaborate with experts to keep the list of slang and drug-related phrases that are not displayed in Snapchat up to date.

In order to improve the safety of underlying goods for children, Snapchat has created a network for close friends to make it difficult for outsiders to locate and interact with kids. For example, Snapchatters can’t access each other’s friend lists, we don’t allow anybody under the age of 18 to have browsable public profiles, and you can’t receive a message from someone who isn’t already a friend by default.

To further protect 13 to 17-year-olds the social media platform added a new feature Quick Add Users under the age of 18 will require a set number of friends in common with someone else in order to be discovered in Quick Add by someone else, guaranteeing that it is a friend they know in real life.

Komila Singhhttp://www.gadgetbridge.com
Komila is one of the most spirited tech writers at Gadget Bridge. Always up for a new challenge, she is an expert at dissecting technology and getting to its core. She loves to tinker with new mobile phones, tablets and headphones.
Facebook
Twitter
WhatsApp
Linkedin
ReddIt
Email
Previous article21 January 2022 Amazon Quiz today answers: Answer to win Rs 40,000 Amazon Pay Balance
Next articleSamsung Galaxy S22 Series Unpacked event for February confirmed