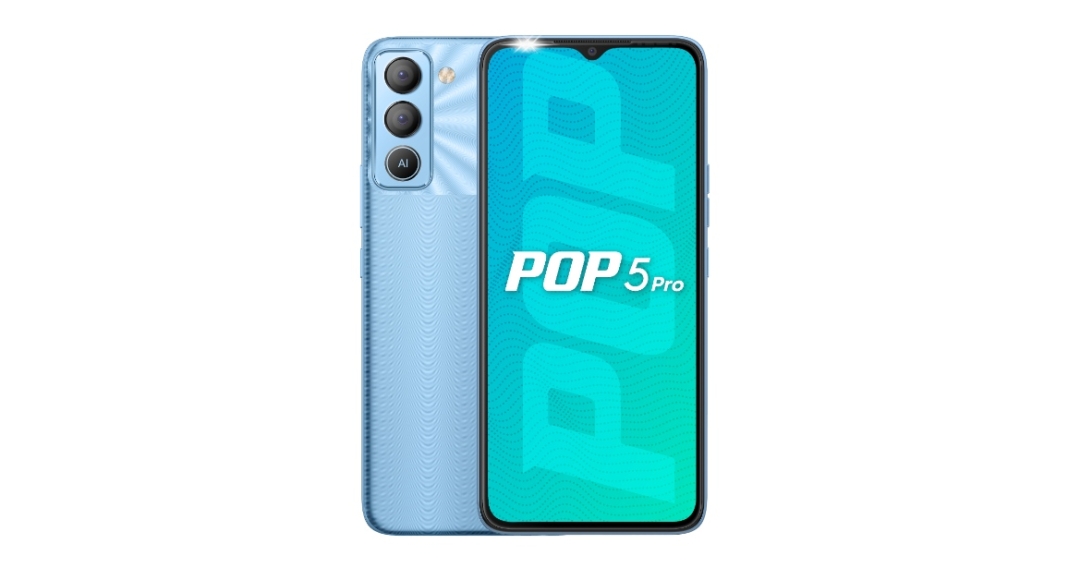 Followed by the debut of Tecno Pop 5 LTE in India recently Tecno Pop 5 Pro has been launched under the company’s affordable smartphone series. The smartphone comes with an HD+ display, a hefty 6000 mAh battery, and an 8MP AI dual back camera. HiOS 7.6 is used to power the POP 5 pro, which is based on Android 11 Go. The device is IPX2 Splash Resistant, supports 14 regional languages, and promises a 120Hz Touch Sampling Rate.

Tecno Pop 5 Pro has been introduced in a single 3GB RAM and 32GB built-in storage option. The device is priced at Rs 8,499 and will be available in three colours: Deepsea Luster, Ice Blue, and Sky Cyan.

The company is yet to reveal the availability details of the smartphone. But it can be purchased through the company’s website, as well as on e-commerce sites like Amazon and Flipkart. 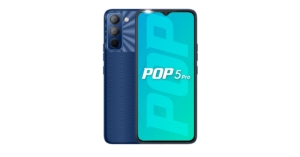 Tecno Pop 5 Pro features a 6.52 HD+ dot-notch display. It offers a 90% screen to body ratio, 269PPI Pixel Density, 480 nits of peak brightness and 120Hz Touch sampling rate. HiOS 7.6 is used to power the POP 5 pro, which is based on Android 11 Go. Under the hood, there is an unnamed processor coupled with 3GB of RAM and 32GB of internal storage. The storage can be expanded to 256GB using a microSD card. In addition, the smartphone has IPX2 splash resistance, upgraded 14 regional language compatibility. The smartphone includes HiOS-specific features such as Vault 2.0, Smart Panel 2.0, Kids Mode, Social Turbo, Dark themes, Peek Proof, Voice Changer, and Anti-Theft Alarm.

The Tecno Pop 5 features an 8-megapixel back camera with a secondary AI lens. It has a number of modes, such as AI Portrait mode, HDR mode, and Filters compatibility. A 5-megapixel selfie camera with an f/2.0 aperture lens is located on the display.

According to the manufacturer, the smartphone’s 6,000mAh battery provides up to 54 hours of talk time or 120 hours of music playing. For longer battery life, the Tecno Pop 5 Pro has software optimizations like a Battery Lab function and an Ultra Power Saving mode.

Komila Singhhttp://www.gadgetbridge.com
Komila is one of the most spirited tech writers at Gadget Bridge. Always up for a new challenge, she is an expert at dissecting technology and getting to its core. She loves to tinker with new mobile phones, tablets and headphones.
Facebook
Twitter
WhatsApp
Linkedin
ReddIt
Email
Previous article
Garmin Venu 2 Plus with voice calling feature launched in India
Next article
3 best ways to find out if someone has blocked you on Instagram