The Lexus Hoverboard has taken flight, watch this really cool video of the nifty levitation device 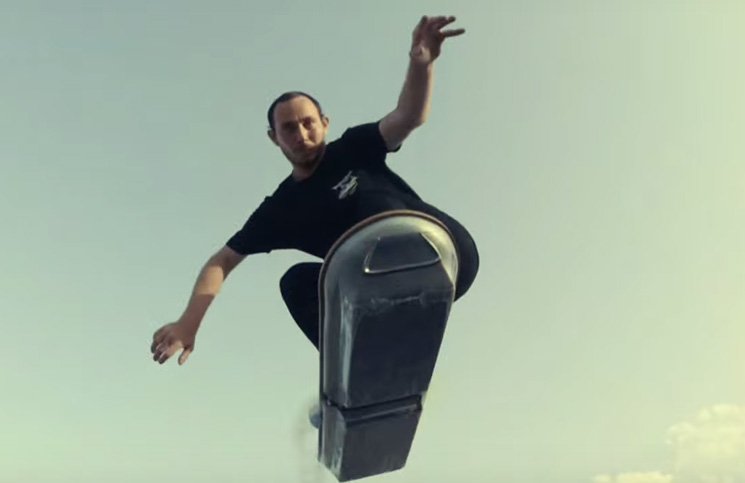 Most of us geeks grew up with fantasies about Hoverboards from the Back to the Future series of movies. We never thought that the device would actually hit reality one day. Well, Lexus has proved us wrong and they have introduced a Hoverboard that actually works. Take that Sci-Fi and fantasy movies haters.

Before we tell you more about this nifty little device, watch the video of the Lexus Hoverboard below.

A month or so ago the global car maker had starting sending teasers of what is to come. A mysterious device came into the picture that seemed like a Hoverboard, but we were still sceptical at the time about the gimmick. Now looking at this video where skateboarders are using the Lexux Hoverboard to skate around the park and on water, yes you read that right – on water!, this contraption which once felt like a fantasy is now a reality.

The Wired.co.uk reports that the board measures 92x22x9cm and can carry weights of up to 200 Kg. The The Lexus Hoverboard levitates thanks to superconductors made from the catchily named compound Yttrium barium copper oxide that are fitted within the body. Sitting in two cryostats (or reservoirs), the superconductors need to be cooled to below -181C in liquid nitrogen to work. Therefore, you see vapours coming out of the board.

Well, we quite like the whole spectacle of the vapours from the Lexus Hoverboard. It just adds to the show, unless they pollute the environment in some way (then that is not cool). Once the compound has reached the -181C cooled state it can store a magnetic field. In this case the 200 meter magnetic track under skatepark helps the board levitate. That is why you see the skateboarder swiftly moving over water as well.

However, there are instances in the video showcasing some sloppy movements. This just illustrates that the Lexus Hoverboard is still in its Beta/testing phases, nonetheless exhilarating to see. This tech is exciting to watch as it brings lot of childhood memories and fantasies to existence. Kudos to Lexus and the team for bringing this Sci-Fi tech to life, Marty McFly would be proud of you guys.

Sulabh Purihttp://www.gadgetbridge.com
Sulabh Puri is the Editor In Chief of GadgetBridge.com. A content specialist, he started his career young and it has been a rewarding 15 years for him. Before heading Gadget Bridge, he was the Editor of Times of India (TOI) Technology and GadgetsNow.com. He has also led TOI’s international edit arm as the Editorial Head of Business Insider India and Tech Radar India. He has also worked with various media houses such as the India Today Group and Cybermedia. He loves everything ‘gadgety’ and enjoys tinkering with new tech toys and automobiles. A graduate in commerce from Delhi University, he is also an adept graphic designer. When he is not working, he can be found in the kitchen, cooking mouth-watering chocolate cakes and croissants.
Facebook
Twitter
WhatsApp
Linkedin
ReddIt
Email
Previous article
Samsung Galaxy Grand Prime 4G launched at Rs 11,100 in India
Next article
Gionee launches Marathon M4 smartphone with 4G support at Rs, 15,499