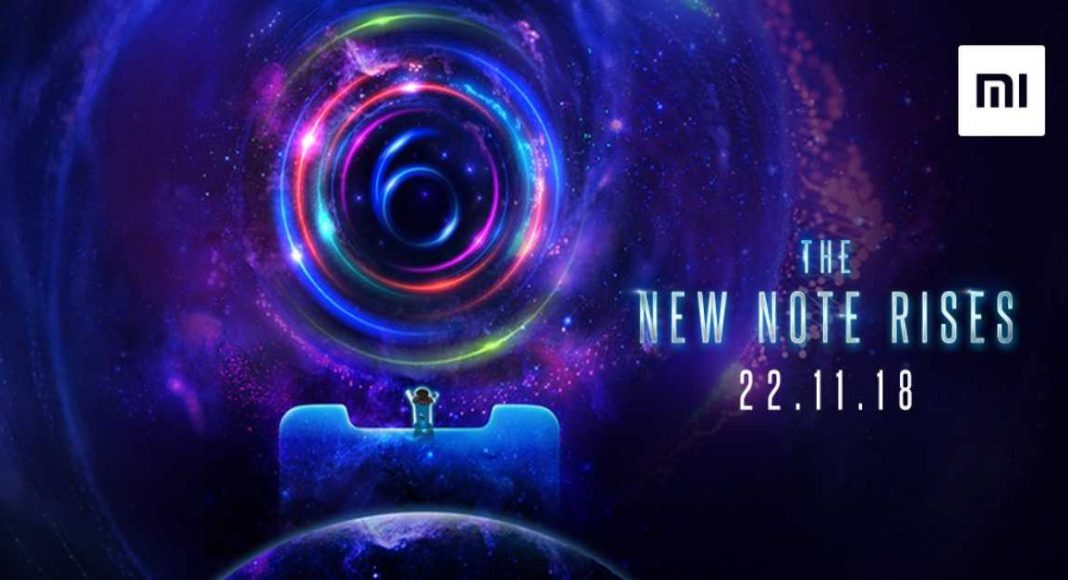 Xiaomi Redmi Note 6 Pro, which is the successor of Redmi Note 5 Pro, will be launched in India next week on November 22. The Chinese smartphone maker has sent out media invites for the same.

Although the invite doesn’t specifically mention which smartphone is set to be launched at the event, it does say, ‘The New Note Rises’. So it’s easy to guess that the company is set to launch a smartphone from the Note series. And since Xiaomi Redmi Note 6 Pro is the most recent in the said series, it has to be that one.

Mi fans! Today's first #Super3 announcement is here for you:

Join us on the countdown now: https://t.co/xNckxFtDXp

Xiaomi Global VP and Managing Director of Xiaomi India, Manu Kumar Jain has also tweeted that Redmi Note 6 Pro will soon be launched in the country and has shared a countdown page along with it.

Xiaomi Redmi Note 6 Pro was launched in Hong Kong in September and earlier this month in Indonesia. While Hong Kong only saw the 4GB RAM/64GB storage model, in Indonesia a 3GB RAM/32GB storage variant was also launched.

Earlier reports have claimed that two storage models and four colour variants will be launched in India. We don’t yet is that is true, but we can fully expect the 4GB RAM/64GB onboard storage variant to launch in India.

In Thailand, this model was priced at THB 6,990. On converting it, that becomes Rs 15,300. Xiaomi has listed on its countdown page that Redmi Note 6 Pro will first go on sale in the country on November 23 at 12pm, which is a day after the launch.

Xiaomi Redmi Note 6 Pro comes with dual SIM functionality and runs Android 8.1 Oreo skinned with MIUI 10. The smartphone features a 6.26-inch Full HD+ display that has an aspect ratio of 19:9 and is protected with Corning Gorilla Glass.

Powered by Qualcomm Snapdragon 636 processor, the smartphone is available in the above mentioned RAM and storage options. However, there is no word on which ones will be launched in India.

On the camera front, the mobile phone comes with quad cameras — two on the back panel and two on the front. The dual rear camera setup of the smartphone comes with 12MP and 5MP sensors with dual pixel autofocus, 1.4-micron pixels and AI portrait 2.0.

For selfies and video calls, there are 20MP and 2MP sensors that come with 4-in-1 super pixel and AI face unlock. Much like Xiaomi Redmi Note 5 Pro, Redmi Note 5 Pro also comes with a 4,000mAh battery.