The power bank is fireproof and dustproof. 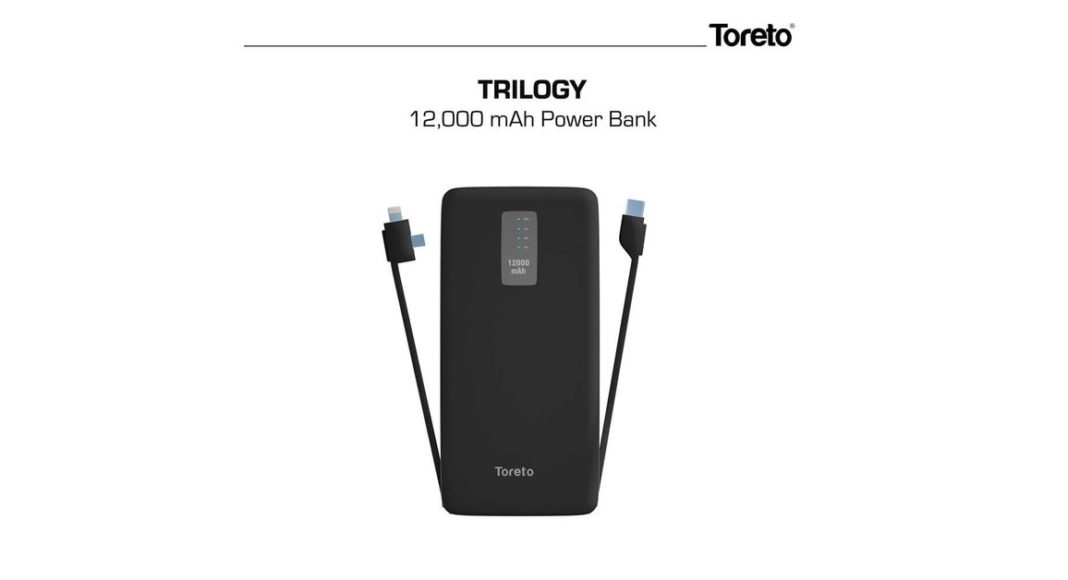 Electronics product maker Toreto has launched a new power bank in India. The newly launched power bank is named Toreto Trilogy and it comes with built-in charging cable. It is also equipped with smart LED indicator which is capable of charging up to 4 devices of 5V simultaneously. Here are the price details and features of Toreto Triology power bank:

The Toreto Trilogy power bank holds a price tag of Rs 1,999 and it can be purchased from all the leading e-commerce stores and retail stores across India. The power bank comes in two colour options – Black and White.

The Toreto Trilogy is designed to be a combination of utility and is sleek and portable enough to carry easily in the pocket. It weighs 214 grams and it is the third generation of power banks from Toreto. It is made using an alloy plastic shell which is fireproof and also makes the Toreto Trilogy dustproof. Other than that, the Toreto Trilogy comes with an inbuilt intelligent safety system which protects the devices connected to it from overheating, overcharging high temperature and short circuits.

Moreover, last month in May, Toreto had launched a new Wireless Retractable Bluetooth headset in India named Flexo which was first such product from the company. The Toreto Flexo was capable of being easily folded and it produced a surround sound with heavy bass. The company had aimed the product for active users who wanted an earphone which would stay on them while still being portable. The Toreto Flexo was easy to use and it can be folded easily just by push of a button which was present on both the sides of the headset. It was also capable of being extended as per the need and requirement of the user. The Flexo was able to offer around 10 hours of battery backup and 108 hours of standby time. It came with Bluetooth v5.0 and was easy to connect with any Bluetooth supporting smart device.

Aman Singhhttps://www.gadgetbridge.com/
Aman Kumar Singh has a Masters in Journalism and Mass Communication. He is a journalist, a photographer, a writer, a gamer, a movie addict and has a love for reading (everything). It’s his love of reading that has brought him knowledge in various fields including technology and gadgets. Talking about which, he loves to tweak and play with gadgets, new and old. And when he finds time, if he finds time, he can be seen playing video games or taking a new gadget for a test run.
Facebook
Twitter
WhatsApp
Linkedin
ReddIt
Email
Previous articlePUBG Mobile’s 0.13.0 update gets a Deathmatch mode and Godzilla theme: Everything you need to know
Next articleSony SRS-XB22 and SRS-XB32 Extra Bass Portable Bluetooth Speakers launched in India: Price and features