The PS5 will be launched in the bold, two-toned console’s design options. 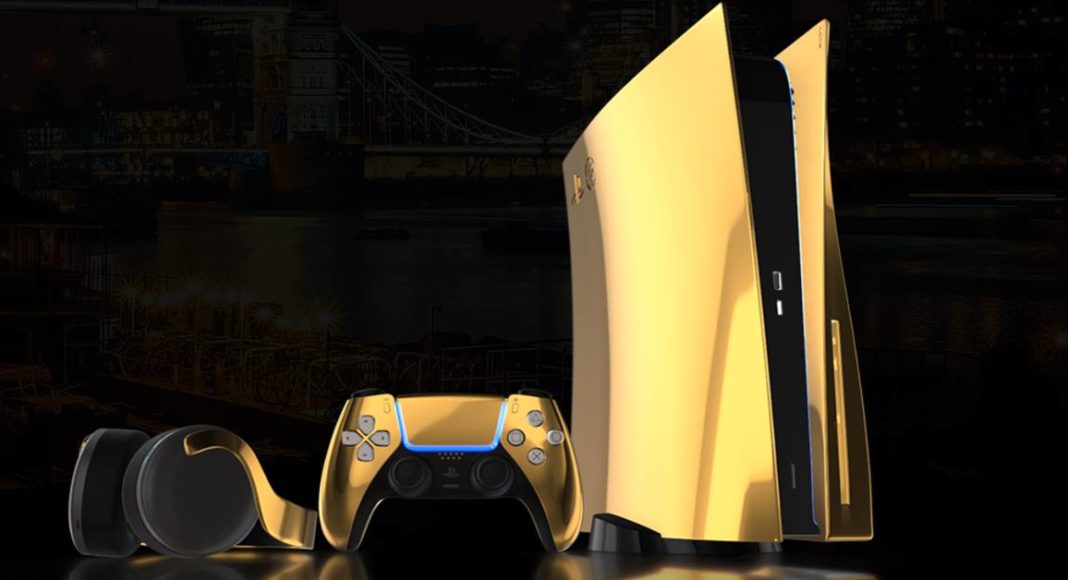 “We’ve shown some of our most exclusive clients are renderings of the PS5 and have already had customers wanting to order these even without it being released. These will be hugely popular especially due to them being limited pieces with probably no more than 100 pieces released worldwide”, the company’s CEO Kunal Patel told TechRadar.

Mind you! The costs of these 24K Gold, Platinum and 18K Rose Gold variant of PS5 hasn’t been revealed yet. However, you can register your interest in this luxury PS5 by clicking on this link.

According to Sony, the PS5 will be launched in the bold, two-toned console’s design options in order to offer unprecedented choice to the gamers. The options are:

The new console design of the PS5 marks a radical departure from previous PlayStation consoles. However, it was notified that the pricing and additional details for PlayStation 5 will be announced at a later date.

Asserting that the livestream event by Sony is just a glimpse of what’s to come in the next generation, Jim Ryan, President and CEO of SIE, said, “With PlayStation 5, we are making a significant leap to deliver a truly new generation of transformative play experiences that will redefine expectations for what games can be.”

Sony stated that an array of new PS5 accessories will also be launched to boost the gaming experience. This would include:

The PlayStation 5 will be donning a black and white themed vertical design. The two surfaces of the console is white while the inner part is all black. There is going to be a USB-C port on the front and blue LED lights. In addition to this the company has also launched a slew of accessories alongside the two consoles. A Pulse 3D wireless headset, an HD camera, a media remote, and a charging dock for the DualSense controller has been released.