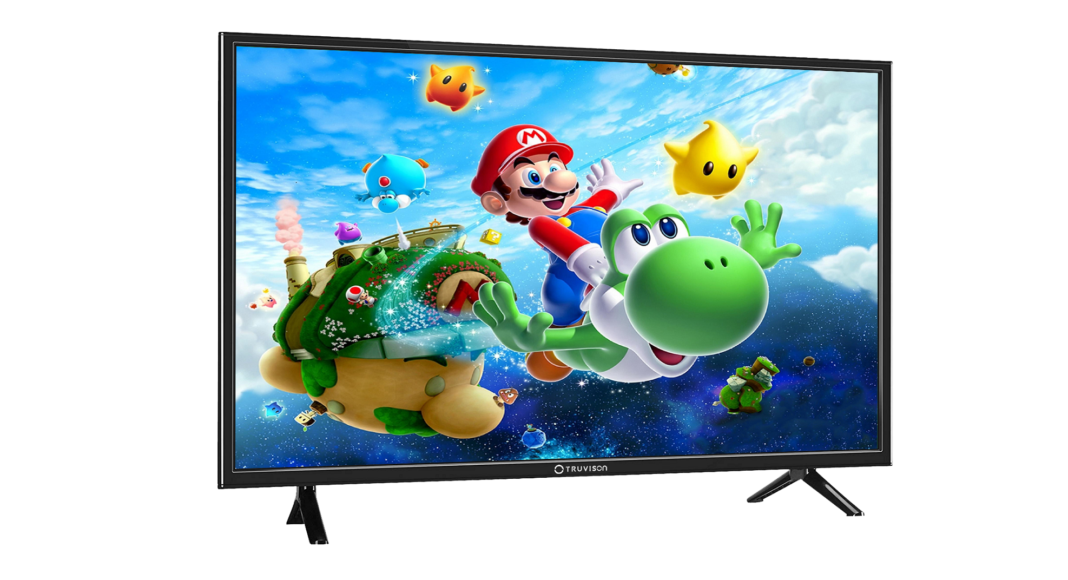 The Indian television market has seen a number of new entrants in the last few months. Chinese technology firm Xiaomi launched its Mi TV 4C Pro and Mi TV 4 Pro models last month and prior to that, we saw the launch of new televisions from Blaupunkt.

And now, the European consumer electronics and appliances company Truvison has announced that it is expanding its television line-up in the country. The company has today introduced TW2462 24-inch Gaming TV in India. Called as an affordable LED television by Truvison, TW2462 24-inch Gaming TV is claimed to come with a high performance engine and is supposed to give a faster response for streamlined user experience.

According to Truvison, TW2462 24-inch Gaming TV has been designed to add versatility to consumers’ gaming experience.

The television sports a glossy finish and features a 24-inch Full HD 1080p IPS LED panel which is said to offer an enhanced contrast and better colour reproduction. It is the first television to be sold in the country to come with built-in NES games.

The firm said in a statement that TW2462 24-inch Gaming TV has improved the response time and contrast ratio for better gaming experience.

It comes with A+ grade panel and a resolution of 1080p clubbed with a wide colour enhancer. The corporation claims that these three together ensure that the integrity of the picture is always deep and detailed, perfect and pure. It is also said to create perfect blacks with an infinite contrast ratio along with instantaneous response time and fast moving scenes.

This gaming television has two USB ports and one HDMI input and includes a 20W speaker that has support for Dolby Digital Sound.

The company has also claimed that the gaming TV has one among the lowest power consumption in the market because of its customized back-light mode. If you wish to buy the Truvison TW2462 24-inch Gaming TV, you can buy it for price of Rs 10,990. The TV set is already available at leading retail stores.

Avani Baggahttp://www.gadgetbridge.com
Avani has an immense love for reading, travelling and food, but not necessarily in the same order. Avani almost started pursuing law, but life had other (better) plans for her and she chose to be a writer instead (luckily!) She previously covered technology at Times Internet and wrote about smartphones, mobile apps and tech startups. When she’s not writing, you’ll be able to find her in book stores or catching up on her social life.
Facebook
Twitter
WhatsApp
Linkedin
ReddIt
Email
Previous article
Samsung Galaxy S9+, Note 9 are now available in new colour variants along with festive season offers
Next article
Nokia 7.1 with PureDisplay technology, Zeiss-branded camera lenses launched: Price, specifications and more