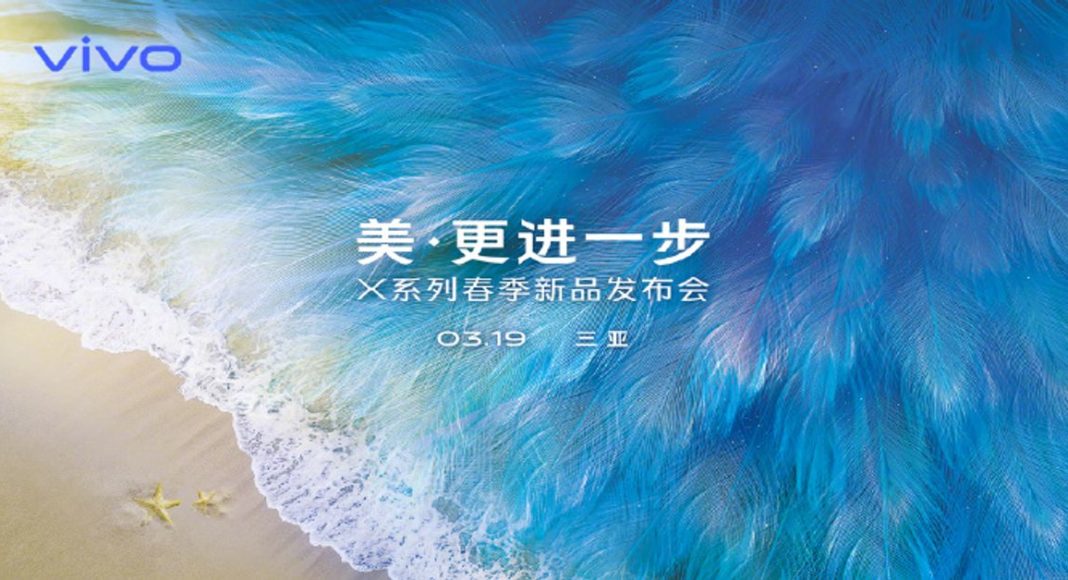 Chinese smartphone manufacturer Vivo has announced that it will be launching its upcoming X27 smartphone with a pop-up selfie camera on March 19. However, we should add that Vivo X27 smartphone will be launched in China on the said date, but there is no official release date of the device for the Indian market. The upcoming Vivo X27 handset is said to be similar to Vivo V15 Pro in the looks and specifications department.

The company posted about the release date of the Vivo X27 on the Chinese social networking website, Weibo. The launch will take place on March 19 and the company is already taking pre-registrations from its customers and fans on its official China website.

Vivo X27 will come with a vertically stacked triple-rear camera setup and a pop-up selfie camera at the front. The smartphone will also come with an all-display front panel with no notches and is expected to sport an in-display fingerprint scanner. Vivo has also released photos of the smartphone which confirm some of these details about the X27. The main rear camera will be a 48MP sensor with night view for low-light photography.

Earlier, the device was spotted on TENAA listings and it is said that Vivo X27 will house a 3,920mAh battery with fast charging support. The main rear camera might be coupled with a 13MP sensor along with a 5MP sensor. According to the listings, the Vivo X27 will be running Android 9.0 Pie and will have 8GB of RAM along with 256GB of storage.

We should add here that with these specifications and design elements, the upcoming Vivo X27 looks like another variant of the previously launched Vivo V15 Pro. Looking back, the Vivo V15 Pro comes with a 6.39-inch FHD+ Super AMOLED display and is powered by Snapdragon 675 SoC. The smartphone comes with triple rear camera setup comprising of a 48MP main sensor, an 8MP super wide sensor and a 5MP sensor. For selfies and video calls, the smartphone houses a pop-up camera of 32MP sensor on its top edge. Unlike the Vivo X27, the Vivo V15 Pro comes with 6GB RAM coupled with 128GB storage and has a 3,700mAh battery. In India the Vivo V15 Pro is priced at Rs 28,990.

Aman Singhhttps://www.gadgetbridge.com/
Aman Kumar Singh has a Masters in Journalism and Mass Communication. He is a journalist, a photographer, a writer, a gamer, a movie addict and has a love for reading (everything). It’s his love of reading that has brought him knowledge in various fields including technology and gadgets. Talking about which, he loves to tweak and play with gadgets, new and old. And when he finds time, if he finds time, he can be seen playing video games or taking a new gadget for a test run.
Facebook
Twitter
WhatsApp
Linkedin
ReddIt
Email
Previous articleHuawei is suing the US government: Get all the details here
Next article10 things you didn’t know you can do on Gmail