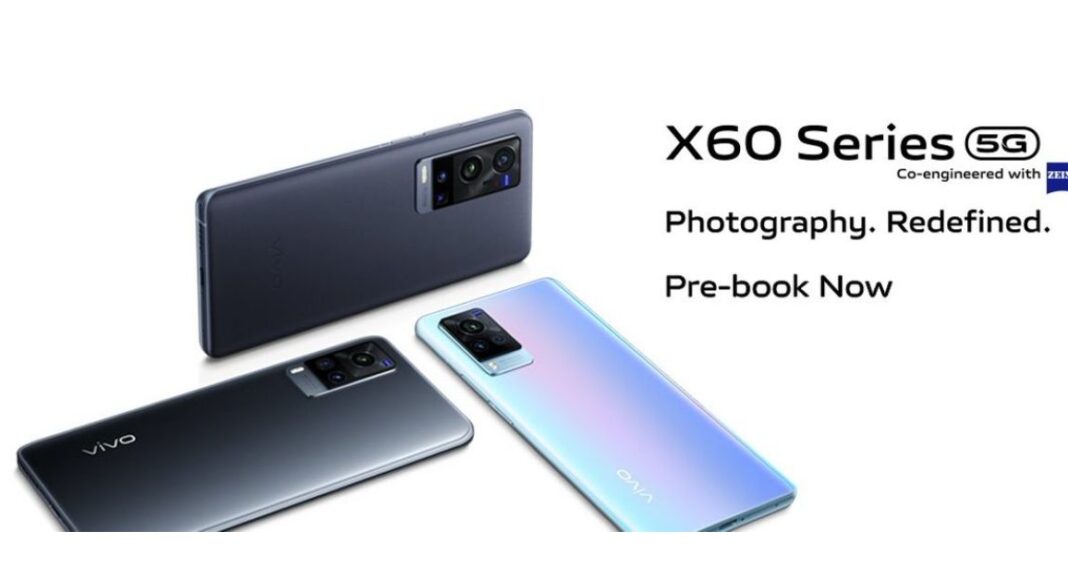 In 2020 end the Chinese smartphone company Vivo rolled out the Vivo X60 series in China. Today in India, the new lineup of the company’s popular X-Series made its way to the country. Under the series, the company announced two devices, a vanilla model, Vivo X60 Pro and Vivo X60 Pro+. The branding of the devices are the same as the Chinese variant, but the Indian version comes with distinct specifications. Read all the details related to specs, pricing and availability here.

Vivo X60 series includes three beautifully designed handsets that include a standard variant, Vivo X60 Pro and Vivo X60 Pro+. The former one will be available in two different configurations of 8GB with 128GB storage and 8GB with 256GB storage model priced at Rs 37,990 and Rs 41,990 respectively. Whereas the Pro variant and the top-of-the-line Vivo X60 Pro+ will be available in a single 12GB with 256GB storage configuration priced at Rs 49,990 and Rs  69,990 respectively.

These devices share similar specs; the only difference here is that the Pro model comes with curved edges giving it a more premium feel. There is a 6.5-inch full-HD+ AMOLED display with 1,080×2,376 pixels of resolution and a 19.8:9 aspect ratio and 120Hz refresh rate. These phones run Android 11 with Funtouch OS 11.1 out of the box. Under the hood, there is a Qualcomm Snapdragon 870 SoC with up to 12GB RAM and 256GB of onboard storage.

Similar to the other two siblings the Vivo X60 Pro+ runsFuntouch OS on top of Android 11. This phone comes with a 6.56-inch full-HD+ AMOLED display offering 1,080×2,376 pixels of resolution and a 120Hz refresh rate. There is a Qualcomm Snapdragon 888 SoC under the hood paired with up to 12GB of RAM and up to 256GB of internal storage.

Komila Singhhttp://www.gadgetbridge.com
Komila is one of the most spirited tech writers at Gadget Bridge. Always up for a new challenge, she is an expert at dissecting technology and getting to its core. She loves to tinker with new mobile phones, tablets and headphones.
Facebook
Twitter
WhatsApp
Linkedin
ReddIt
Email
Previous articleTop 10 Bluetooth Speakers that you can buy under ₹ 5,000
Next articleSlacks’s new direct message doesn’t block abusive or harassing invitation emails