Vivo Y17 has received a price cut in India. 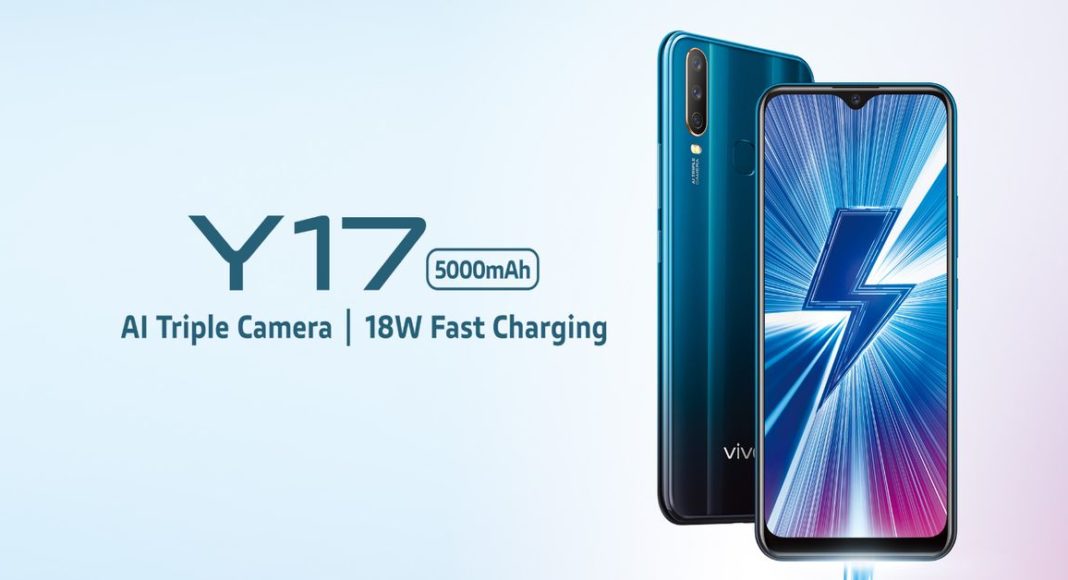 Vivo Y17 smartphone was launched in India last month at a price tag of Rs 17,990. It has now received a price cut of Rs 2,000 and is available for Rs 15,990. It is worth noticing that the smartphone will be available on Amazon India, Flipkart, Paytm Mall, or the Vivo E-Store. It has been confirmed by Mahesh Telecom that the new price is also via available offline.

Vivo Y17 features a 6.35-inch HD+ (720 × 1,544 pixels) Halo FullView display that has an aspect ratio of 19.3:9. The display of the smartphone comes with a waterdrop-shaped notch. Powered by an octa-core MediaTek Helio P35 SoC, Vivo Y17 is paired with 4GB of RAM. The handset runs Android 9.0 Pie skinned with Funtouch OS 9. The smartphone has 128GB of internal storage onboard and it packs a 5,000mAh battery. The battery of the smartphone comes with support for Dual Engine fast charging.

In another piece of news, Vivo Y15 smartphone in India has also received a price cut. We should mention that the device’s price has been slashed for the second time since it was launched two months back. The smartphone is a watered-down variant of the Vivo V15 Pro smartphone and it comes with a pop-up camera module on its top edge that houses its front-facing snapper.

You can read more about the revised pricing details of the Vivo V15 smartphone here.