The Android Televisions will be available from September 29 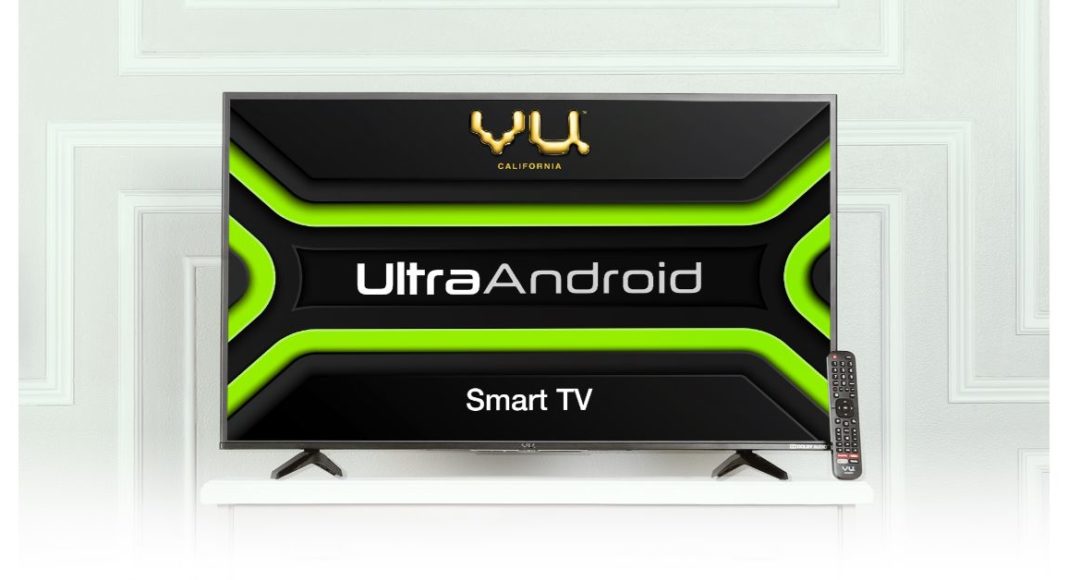 Indian Television Brand Vu will be launching a new range of Televisions in India. The company will launch the Vu UltraAndroid TV series on September 28. To launch the new series the company has teamed up with the e-retail platform Amazon. So, it is clear the TVs will be available on Amazon’s website for the very first time. Vu Televisions is will bring its new series of UltraAndroid TV in three size variants 32-inches, 40-inches and-43 inches.

Devita Saraf, Chairman, Vu Televisions said, “Over the years, Vu Televisions has revolutionised the video viewing experience for their consumers with a perfect mix of innovation and technology. Our consumers comprise primarily of the young, educated India whose preferences are constantly evolving. Vu Televisions caters to exactly that audience segment that is not only looking for great picture and sound quality, but new innovative experiences that are a part of their day to day lives.”

The company stated that Vu UltraAndroid TV is not just an ordinary television set, but a complete entertainment package in itself. The extraordinary resolution, impeccable connectivity and easy access to the world of Google make the television a must-have in your living rooms. The company has not yet announced the pricing of the Television, but it is expected to be launched under budget smart TV segment.

The Vu Ultra Android TV series comes with the latest version of Google’s Android TV Android 9.0 that will be well-suited with a range of video streaming apps and services such as Netflix, Amazon Prime Video, Hotstar, YouTube and Google Play. The device also comes with a dedicated Hotkeys on the remote for streaming the contents effortlessly. The television will arrive with a built-in Google Chrome cast feature which allows the user to casts movies, shows and photos from their Android, iOS, Mac or Windows device to their television set. Additionally, it comes integrated with Dolby and DTS Surround Sound Technologies for the best sound experience and Bluetooth 5.0 version as well for better connectivity options. It offers 8GB of inter storage also.

Komila Singhhttp://www.gadgetbridge.com
Komila is one of the most spirited tech writers at Gadget Bridge. Always up for a new challenge, she is an expert at dissecting technology and getting to its core. She loves to tinker with new mobile phones, tablets and headphones.
Facebook
Twitter
WhatsApp
Linkedin
ReddIt
Email
Previous article
Gizmore launched GizFit Active 902 fitness watch and GizFit Active 901 fitness band in India
Next article
HMD Global launched Nokia 7.2 with a 48-megapixel camera and PureDisplay screen in India today