WhatsApp Payments would be rolled out in India this year, Global Head confirms

WhatsApp Payments will pose a serious competition to Paytm.

WhatsApp is all set to launch its peer-to-peer UPI based payment service in India later this year, the company’s Global Head Will Cathcart has announced today. The company had launched a test run of its payments service with one million users in the country in 2018, but could not fully roll it out because of digital payments framework guidelines. However, now the WhatsApp Payments service is in its final stage and will be made available in India soon.

Speaking about it, Cathcart said, “To boost digital inclusion in India, we can launch the (Pay) service across the country later this year after meeting regulations.”

It is worth mentioning that India’s digital payments industry is estimated to hit $1 trillion by 2023.

Niti Aayog’s CEO Amitabh Kant said that WhatsApp was delayed in meeting India’s regulatory norms and that is why it had to delay the launch of the payments service. He said, “We look forward to WhatsApp Pay in India once it fulfils all the regulatory requirements.”

We should add here that WhatsApp Pay would be able to create a huge opportunity for the MSMEs to go digital. Speaking about WhatsApp payments coming to India, Prabhu Ram, Head-Industry Intelligence Group, CyberMedia Research said to news agency IANS, ” Given the popularity and reach of Whatsapp in India, it is a given that WhatsApp Pay will make a strong dent on the payments ecosystem, and the incumbents therein.”

In April this year, Facebook CEO Mark Zuckerberg had said that the company was working to launch the payment service in India.

WhatsApp payments would pose as a big competitor to Paytm, which is one of the most popular digital payments apps in India till now. Ram also agrees to this and he said, “WhatsApp Pay has the potential to take Paytm head on, and race to the top of the payments market in India.” He further added, “WhatsApp Pay’s entry is a very pivotal moment in India’s e-payments history. It is almost akin to the launch of WeChat Pay that transformed payments in China. Imagine being able to make payments on platforms like BookMyShow via the WhatsApp integration.” 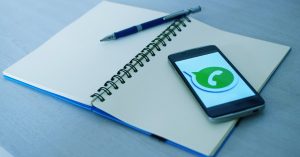 It is worth adding that WhatsApp has a user base of over 300 million people in India, and once it gets its payments service to the country, even at the inception, the number would surpass Paytm’s user base of 230 million.

Speaking on it, Tarun Pathak, Associate Director at Counterpoint Research said, “Digital wallet payment solutions are becoming more relevant for the Indian economy driven by mobile-centric Internet penetration. WhatsApp has the potential to leverage its existing user base and become the leading payments services.”