The features let you send photos and videos that disappear after it has been seen. 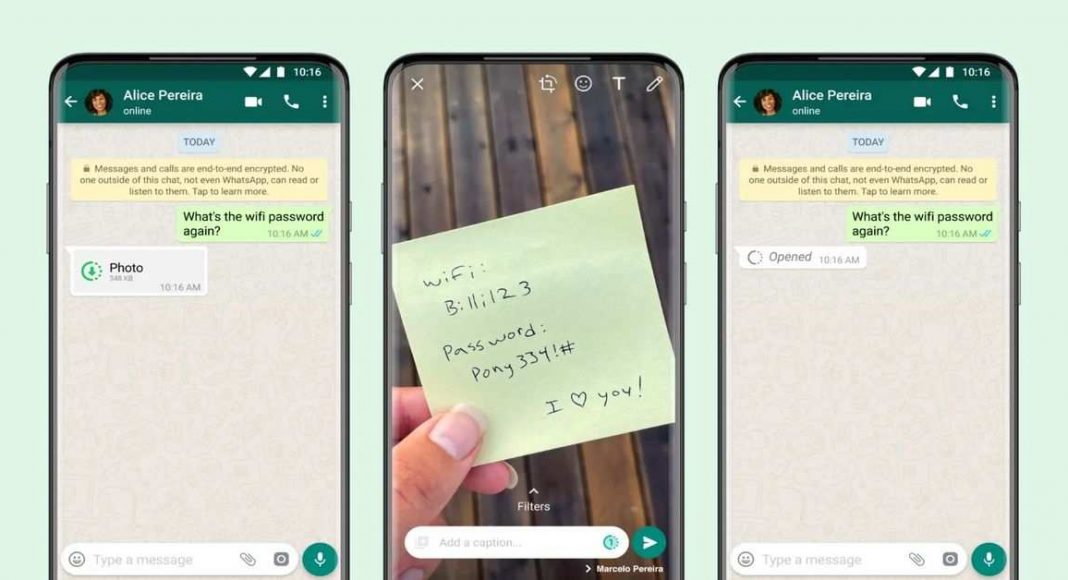 WhatsApp has been testing the ‘View Once’ feature for some time now. Last month the social media platform was spotted testing the new Photos and Videos feature on its platform. The new privacy feature in which the media received will disappear after it has been seen is out of beta testers and is available for both Android and iOS platforms.

The View Once feature on WhatsApp is now being rolled out to its users and once it reaches your device you will be able to turn on this feature to send media which may include photos and videos that can only be viewed once and will disappear from the chat after you dismiss the photo or the video.

The company, while announcing the feature, commented, “While taking photos or videos on our phones has become such a big part of our lives, not everything we share needs to become a permanent digital record. On many phones, simply taking a photo means it will take up space in your camera roll forever. That’s why today we’re rolling out new View Once photos and videos that disappear from the chat after they’ve been opened, giving users, even more, control over their privacy.”

As per WhatsApp the just like personal messages you send on WhatsApp, View Once media is protected by end-to-end encryption so WhatsApp cannot see them. They will also be clearly marked with a new “one-time” icon. Once the media has been viewed the message will appear as “opened” to avoid any confusion about what was happening in the chat at the time.

So all in all when you have enabled the View Once feature you can send photos and videos that disappear from your WhatsApp chat after the recipient has opened them once. For added privacy, the recipient to whom you have sent your photo or video will not be able to save it to their phone’s gallery. Once it has been viewed it cannot be viewed again. Also, one cannot forward, save, star, or share photos or videos that were sent or received with the view once media enabled.

In addition to this the View once media can be restored from backup if the message is unopened at the time of backup. Fret not if the photo or video has already been opened, the media will not be included in the backup and can’t be restored.

Although WhatsApp has taken all the measures to make this feature secure, you are advised to only send photos or videos with the view once media enabled to trusted individuals only. That’s because they might take screenshots, screen records or video/photo capture of the media before it disappears. In this case, WhatsApp won’t notify you because there isn’t screenshot detection so privacy is not guaranteed.

As per WhatsApp encrypted media may be stored for a few weeks on WhatsApp’s servers after you’ve sent it. Also if the recipient chooses to report views once media, the media will be provided to WhatsApp.

Komila Singhhttp://www.gadgetbridge.com
Komila is one of the most spirited tech writers at Gadget Bridge. Always up for a new challenge, she is an expert at dissecting technology and getting to its core. She loves to tinker with new mobile phones, tablets and headphones.
Facebook
Twitter
WhatsApp
Linkedin
ReddIt
Email
Previous articleQNET launched MyHomePlus DELIGHT and MyHomePlus KNIGHT water purifiers in India
Next articlePrice Drop: Samsung Galaxy F62 price now starts at Rs 17,999