The event showcased the smart TV in 4 sizes 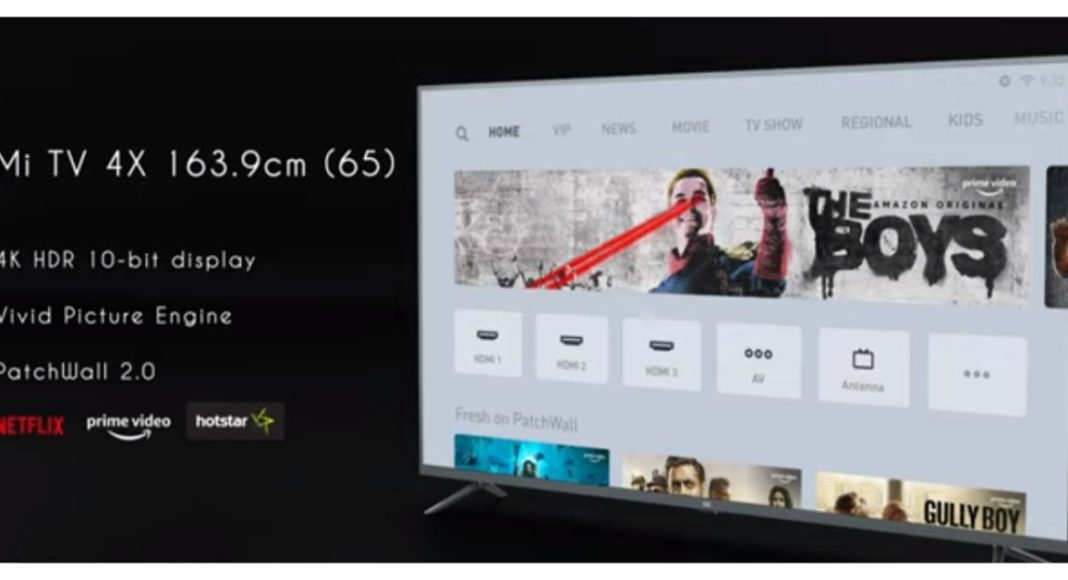 It is claimed to be the biggest and the best TV being offered by any other brand in the country. Prior to its launch in the Indian market, the Television first debuted in China. Mi Tv also supports various smart apps. Apart from that, the Chinese Brand is also offering the product in three more sizes- 40 inches, 43 inches and 50 inches.

The Mi TV 4 x 65 is the successor of the Mi TV 4 series, which the company launched in the 55-inch size. The Mi TV 4 Pro was introduced at Rs 47,999, whereas the Mi TV 4X Pro came with a price tag of Rs 39,999.  The latest TV launched by the company comes with a 65-inch display along with an ultra-thin metal body and 20W stereo speakers with support for Dolby+DTS audio that delivers enhanced sound experience and 4K HDR video support.

The latest Mi TV features a large screen along with thin bezels and also comes integrated with an AI-based voice control system. It is powered by a quad-core Cortex-A53 processor combined with 2GB of RAM and offers 16GB of internal memory.

Komila Singhhttp://www.gadgetbridge.com
Komila is one of the most spirited tech writers at Gadget Bridge. Always up for a new challenge, she is an expert at dissecting technology and getting to its core. She loves to tinker with new mobile phones, tablets and headphones.
Facebook
Twitter
WhatsApp
Linkedin
ReddIt
Email
Previous article
OnePlus 7T with 90Hz display confirmed to launch on September 26 alongside OnePlus TV
Next article
Mi Band 4, Mi Smart Water Purifier and Mi Motion Activated Night Light 2 launched