The Chinese smartphone maker hasn’t yet revealed the launch date. 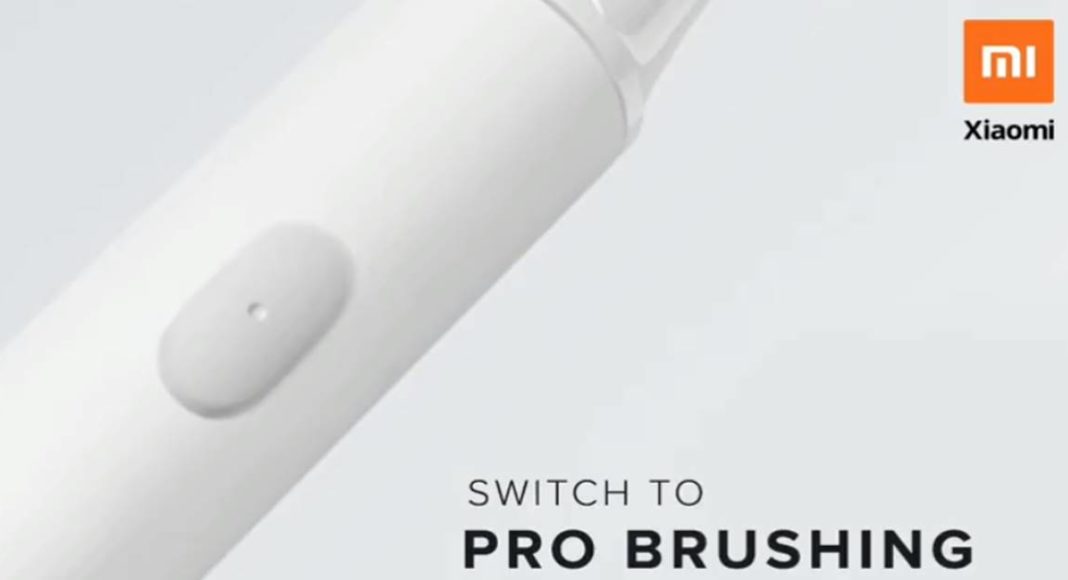 If you are still stuck with manual brushing, Xiaomi is there to help you out. The Chinese handset maker is prepping up to soon launch a new MI Electric Toothbrush for a #ProCleaning. In a teaser video on Twitter, the company has given a glimpse of this white-coloured electric toothbrush stating that “Switch to Pro Brushing”.

Besides this, Xiaomi has not revealed any other information related to its upcoming Mi Electric Toothbrush. However, it is still unclear which model of electric tooth brush Xiaomi would bring in India. News is rife that the China-based company could launch the T500 model in the sub-continent as the Mi Electric Toothbrush T300 is already available.

In February, Xiaomi had rolled out its first electric toothbrush in India called Mi Electric Toothbrush T300. Priced for Rs 1,299, the gadget went on sale on Mi.com via crowdfunding from February 20, 2020 onwards. Xiaomi Mi Electric Toothbrush T300, which has an amazing design to reach all gaps to remove plaque, comes equipped with magnetic levitation sonic motor. In one minute, this magnetic levitation sonic motor churns out 31,000-time vibrations as well as a torque of 230-gram force centimetres.

Apart from this, Xiaomi’s Mi Electric Toothbrush T300 carries a 700mAh lithium battery. On one single charge, the company claims that this battery provides a 25 days battery life. Moreover, Xiaomi claims that the Mi Electric Toothbrush universal USB port allows you to connect directly to a variety of charging devices including portable chargers or computers. At the same time, the charging dock can automatically detect whether or not the Mi Electric Toothbrush is present, at which point it charges at full power. If a foreign metal object such as a ring or coin is detected, it automatically enters low-power mode to prevent accidental overheating which could lead to injury if the device is touched. This automatic feature is designed to help ensure your safety.

The on/off button on the Mi Electric Toothbrush can be used to switch between Standard mode, Gentle mode and Customized. Users can choose the brush mode that best suits their daily teeth cleaning needs.

The Mi Electric Toothbrush charging base is designed to allow insertion in 3 different directions with a 120-degree limit. After brushing your teeth, you can put the toothbrush back on the charging dock however you want. Even if it’s inserted at an angle or not placed securely, it’s no problem. The toothbrush will automatically move into its correct position on the charging dock.