The smart glasses offer navigation through AR and can translate text into photos and transcribe audio as well. 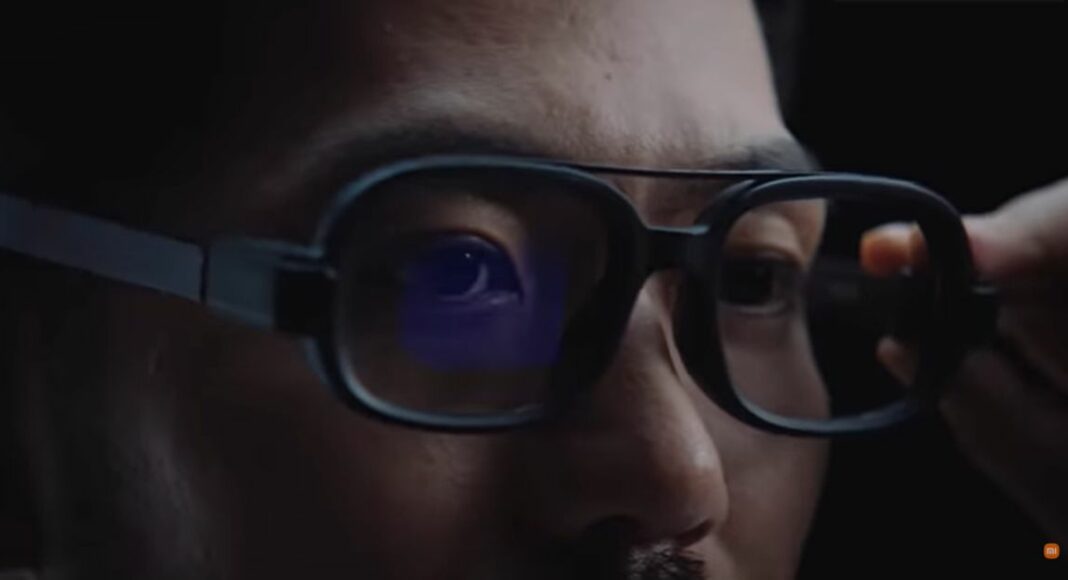 Facebook along with eyewear brand Ray-Ban last week introduced their new smart glasses — Ray-Ban Stories shades. Now Chinese Electronics major, Xiaomi, today announced the launch of its first new smart eye wearable — Xiaomi Smart Glasses. The glasses also have sensors and navigation and real-time text translation. It has been embedded with MicroLED optical waveguide technology which allows text reading while the smart glasses are on. One can also use it to take pictures, make calls and translate text.

Besides Xiaomi and Facebook, Snapchat is another brand that also offers camera-equipped Spectacles smart glasses. The all-new Xiaomi Smart Glasses is the latest entrant to offer a new smart eye wearable device. The glasses are 51g in weight, have a display chip measuring just 2.4mm x 2.02mm and look like ordinary glasses. According to the company, the display is of a microscopic size having individual pixels sized at 4μm. It also allows sufficient light to enter through complicated optical structures before reaching the eye even in harsh direct sunlight.

It equips MicroLED imaging technology to lower the design space needed in structural design, as well as the overall weight of the device. The MicroLEDs pixels have a higher pixel density and longer lifespan while having a simpler structure. This allows for a more compact display, as well as easier screen integration.

The optical waveguide technology on the Xiaomi Smart Glasses can refract lights at 180 degrees. The MicroLED display accurately transmits light beams to the human eye through the microscopic grating structure of the optical waveguide lens. According to Xiaomi, the refraction process involves bouncing light beams countless times, allowing the human eye to see a complete image, and greatly increasing usability while wearing. Instead of using complicated multiple lens systems, mirrors, or half mirrors the firm has included a single lens on the smart eye wearable device.

Xiaomi Smart Glasses are made up of a total of 497 components including miniature sensors and communication modules. The smart eye wearable device allows basic notification, call display, etc., it can also independently complete functions such as navigation, taking photos, teleprompter, and real-time text and photo translations.

“We need to build an interaction logic which “does not disturb ordinary use, but displays key information in a timely manner”. After many in-depth discussions, several key scenarios including “key notification”, “phone call”, “navigation”, and “photo translation” were finally confirmed, with Xiaomi AI Assistant as the primary interaction method. In this way, Xiaomi Smart Glasses can “display the most important information at the moment it is needed”,” the company noted.

The Xiaomi Smart Glasses only show selective and most important things such as smart home alarms, urgent information from office apps, and messages from important contacts, etc., to avoid excessively disturbing users.

The new smart glasses also allow the users to view the other party’s number when they call. As it has a built-in dual beamforming microphone and speaker, both parties can hear each other clearly. Most importantly the glasses are helpful during road driving and it shows roads and maps in front of you in real-time so that you can keep your eyes on the road safely and conveniently.

The Smart Glasses by Xiaomi come equipped with a 5MP camera on the front of the glasses that allows for capturing images and translating text into photos, which is a very helpful feature when travelling. The smart eye wearable uses a built-in microphone and proprietary translating algorithm, to transcribe audio into text with translations in real-time. The indicator light next to the camera will illuminate when the camera is in use to indicate that photos are being taken.

Komila Singhhttp://www.gadgetbridge.com
Komila is one of the most spirited tech writers at Gadget Bridge. Always up for a new challenge, she is an expert at dissecting technology and getting to its core. She loves to tinker with new mobile phones, tablets and headphones.
Facebook
Twitter
WhatsApp
Linkedin
ReddIt
Email
Previous articleTop coffee makers for working from home professionals
Next articleHow to lose weight fast? These are the best apps and websites you need to try