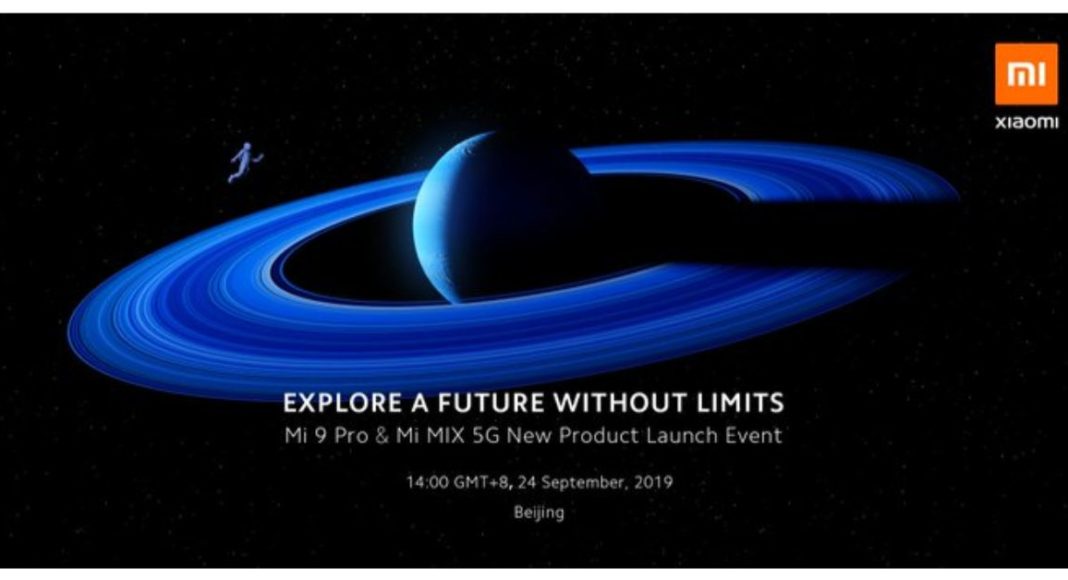 The Chinese smartphone brand Xioami is on a launching spree this year. The company is now all set to launch two smartphones in China. Xioami will be introducing flagship Mi 9 Pro 5G alongside Mi Mix 5G at a dedicated event which is to be held in China at their headquarters. Apart from that, the company will also unveil its new Mi TV that the company has been teasing for some time now. The launch event will be hosted in Beijing and will begin at 2:00 PM GMT that is around 7:30 PM IST.

The Chinese smartphone company Xiaomi formally announced the arrival of the Mi 9 Pro 5G and the Mi Mix 5G on its official Twitter as well as on its Weibo account. Xiaomi will launch its second 5G smartphone also known as the Mi 9 Pro along with Mi TV and MIUI 11.

Prior to its launch various leaks and rumours have also revealed a lot about the upcoming smartphones as well as the MIUI 11. According to the rumours Mi 9 Pro 5G will come with 30W Super-fast charging support, which the company introduced last week. As per the TENAA listing, the smartphone will be powered by the Snapdragon 855 Plus SoC along with 12GB RAM and 512GB of internal memory.

It will feature a 6.39-inch display along with a 4,000mAh battery. It might arrive with a triple rear camera that includes a 48-megapixel primary sensor, assisted by a 12-megapixel telephoto lens and a 16-megapixel ultra-wide-angle lens. For selfies, it might employ a 20-megapixel camera on the front. Apart from that, the company might also come up with accessories such as a 30W wireless charging pad and a 20W smart wireless pad.

Now coming on to the Mi Mix 5G, it is reported to come with a waterfall screen with a 90Hz refresh rate. The reports also suggest that the phone is expected to feature a pop-up camera with 100-megapixel primary sensor powered by Samsung ISOCELL Bright HMX sensor. It is speculated that the phone will be powered by Snapdragon 855 Plus processor paired with up to 12GB of RAM and 1TB of internal storage. It is rumoured to come with a 40W fast charging support, too.

Additionally, the company will also introduce MIUI 11 OS at the launch event. Some of its features have also been leaked on the web. As per the leaks, MIUI 11 will bring the latest iconography, a new MIUI Always-on Display, dynamic sounds feature, redesigned file manager, dark mode scheduler, as well as a quick reply feature among others.

Komila Singhhttp://www.gadgetbridge.com
Komila is one of the most spirited tech writers at Gadget Bridge. Always up for a new challenge, she is an expert at dissecting technology and getting to its core. She loves to tinker with new mobile phones, tablets and headphones.
Facebook
Twitter
WhatsApp
Linkedin
ReddIt
Email
Previous article
Moto E6S and Motorola Smart TV launched in India today
Next article
Compare: Moto E6S, Realme 5 and Infinix Hot 8