The smartphones are the rebranded versions of Redmi K20 and Redmi K20 Pro. 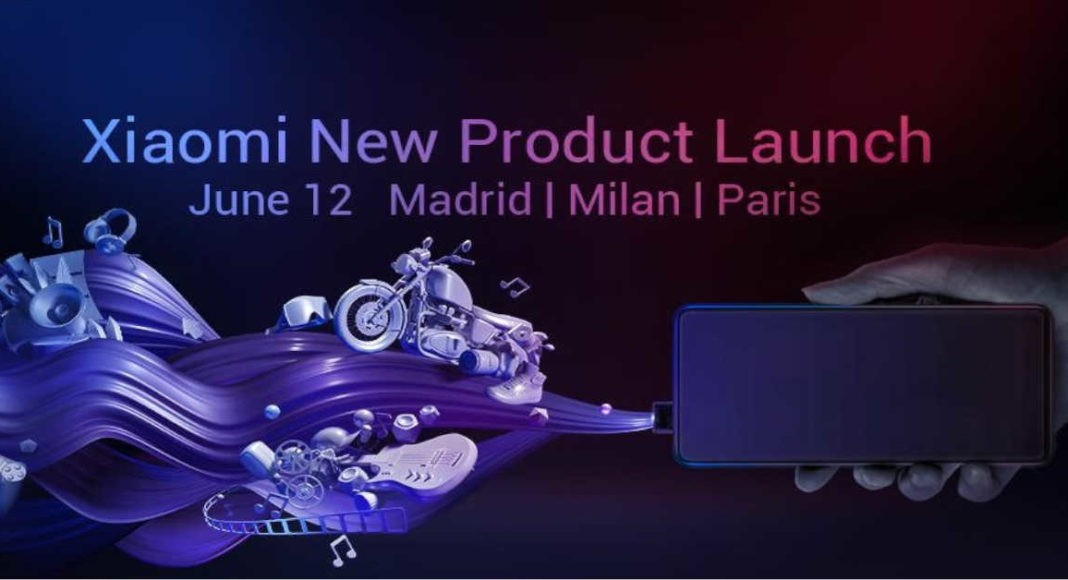 Chinese smartphone maker Xiaomi is all set to launch its Mi 9T smartphones globally today. Xiaomi’s Mi 9T handsets talked about a lot and they are basically the global rebranded versions of the Redmi K20 series that was launched in China earlier. The Mi 9T series will be launched at events in Madrid, Milan and Paris today. According to the teasers, Mi 9T will come with an in-display fingerprint sensor and sport a pop-up selfie camera. The smartphones also come with support for NFC and will come with the 3.5mm headphone jack.

We should mention that the Mi 9T Pro smartphone has already been spotted on sale in the Philippines a few days back, while the Mi 9T was seen in Bulgaria. In fact, the Mi 9T Pro was also seen at a Netherlands-based online retailer. With all these listings, it seems like the Mi 9T and Mi 9T Pro are the rebranded variants of the Redmi K20 and Redmi K20 Pro respectively.

Xiaomi‘s global Twitter handle has also teased the smartphones to come with a 48MP primary sensor, a 4,000mAh battery and a Snapdragon processor. Here’s everything that you need to know about the Mi 9T and Mi 9T Pro smartphones:

If the Mi 9T and Mi 9T Pro smartphones are indeed the rebranded versions of the Redmi K20 and Redmi K20 Pro respectively, their pricing will be similar too. Redmi K20 was available for purchase in three storage variants in China – 6GB RAM/64GB storage, 6GB RAM/128GB storage and 8GB RAM/256GB storage. While the base model costs CNY 1,999, the 6GB RAM/128GB storage variant is priced at CNY 2,099 and the most high-end one with 8GB of RAM bears a price tag of CNY 2,599. So we can expect the Mi 9T to be priced similarly.

Coming to Mi 9T Pro, its price should be similar to Redmi K20 Pro, which was launched in China in four variants – 6GB RAM/64GB storage, 6GB RAM/128GB storage, 8GB RAM/128GB storage and 8GB RAM/256GB storage. The price of Redmi K20 Pro starts at CNY 2,499 and goes up to CNY 2,999. The global price and availability of the two smartphones will be announced today. The devices will be launched in India too in mid-July.

If Mi 9T Pro is the global variant of Redmi K20 Pro, their specifications will be identical. The smartphone runs Android 9.0 Pie with MIUI baked on top and features a 6.39-inch full-HD+ AMOLED display that has an aspect ratio of 19.5:9. Powered by an octa-core Qualcomm Snapdragon 855 SoC, the handset comes with up to 8GB of RAM. The smartphone will sport a triple rear camera setup that comprises of a 48MP primary sensor. It will also come with a 20MP selfie camera on its front panel. Mi 9T Pro comes with an in-display fingerprint scanner and houses a 4,000mAh battery that has support for Quick Charge 4.0.

For imaging duties, there will be a triple rear camera setup that comes with a 48MP primary sensor, a 13MP wide angle sensor and an 8MP sensor. For selfies, there is a 20MP front-facing snapper. The Mi 9T smartphone houses a 4,000mAh battery that has the support of up to 18W fast charging and the device comes with an in-display fingerprint scanner.