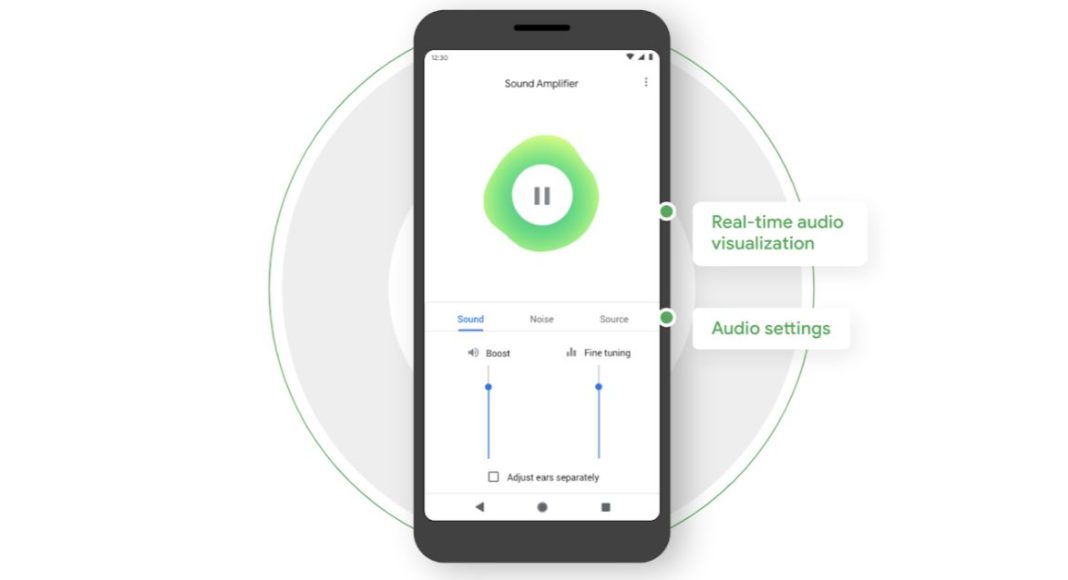 Earlier this year, search giant Google introduced an app to help people with hearing impairments. As promised, the company has launched the Sound Amplifier app that assists the people ‘hear better’. The app is now available for Android devices running Android 6.0 Marshmallow and beyond.

In its blog post the company said, “For the 466 million people in the world who have hearing loss, the inability to hear a conversation or the sounds around you can be isolating. Without a clear sound, it’s challenging to connect to the people around you and fully experience the world. And simply asking others to speak louder (or turn up the TV volume) isn’t a helpful solution because people hear more clearly at different audio frequencies.” The app can be downloaded via the Google Play Store.

It is an Android Accessibility app that helps the group of people hear more clearly without having to ask someone to speak loudly or turn the volume up in order to perceive sound more noticeably. Google has stated that “Using machine learning, we sorted through thousands of publicly available hearing studies and data to understand how people hear in different environments and created a few simple controls.”

Before using the Sound Amplifier app, the user has to first plug in their headphones. It allows the user to modify frequencies to bump up essential sounds as per their needs.

It helps to filter out all the unnecessary background sounds and also helps to amplify the voice of the people that the user wants to hear while sitting with them. In addition to this, the app assists the user to listen to the conversation more clearly in noisy places like restaurants or malls. It also allows the user to personalize frequency levels of sounds coming from a TV without bothering others. It also increases the presenter’s voice at the lecture.

Besides this, Google has also added an audio visualization feature for detecting or enhancing sound by using the Sound Amplifier.

The visualiser helps to give the user an idea about when it detects some sound or someone’s voice so that it can assist them to visualize the changes they are making to it.

Google explains, “Like a volume number on your TV, you know how much the sound is boosted even if you can’t hear it yet.” The app comes added with a couple of new visual updates. The users can easily start the app directly from their smartphone’s home screen instead of heading to Accessibility settings. With the help of reorganized control settings, the user can easily choose between increasing the sound or filter out the background noise.

“Sound Amplifier is the latest step in our commitment to make audio clear and accessible for everyone. And we’ll continue to improve the app through new features that enhance sound for all types of hearing,” Google has added.

Komila Singhhttp://www.gadgetbridge.com
Komila is one of the most spirited tech writers at Gadget Bridge. Always up for a new challenge, she is an expert at dissecting technology and getting to its core. She loves to tinker with new mobile phones, tablets and headphones.
Facebook
Twitter
WhatsApp
Linkedin
ReddIt
Email
Previous article
Vivo Y90 with a 4,030 mAh battery launched: Price and specifications
Next article
Honor kicks off its Friendship Day sale on Amazon India: Deals, discounts and more