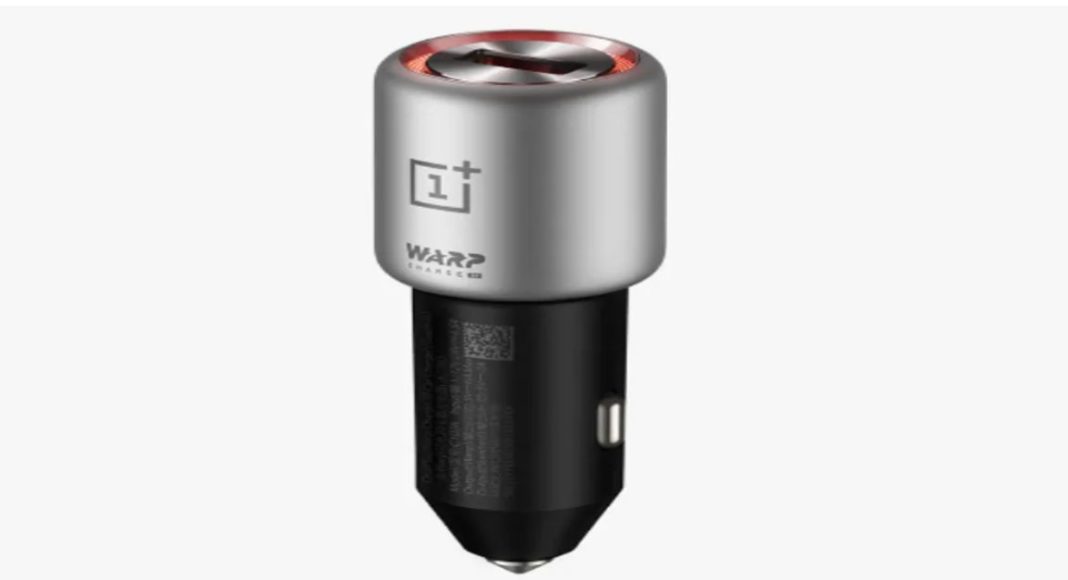 The much awaited and talked about OnePlus 7 Pro and OnePlus 7 have finally been launched. The Chinese technology brand also launched its Bullets Wireless 2 along with them. Right after that, the company has silently launched its Warp Charge 30W car charger in India.

The new Warp Car charger does what its name suggests, it can charge the OnePlus smartphones inside the cars. The new OnePlus Warp car charger is the successor of the Dash Charge car charger that the company launched in 2016. But the 2019 version of OnePlus Warp Charge comes with a new design and adds a new red LED ring light. The red LED light represents the backlight of a car. The Warp Charge 30W car charge offers the same 30-Watt (5V-6A) output as the OnePlus’s smartphones Warp Charge 30 charger. Here are more details about it:

The OnePlus Warp Charge 30W car charger is priced at Rs 1,990. It is listed as ‘Coming Soon’ on the official website. The company has also put a ‘Notify Me’ button for customers who want to buy the charger.

Currently, it is not available for purchase but the customers will be notified once it is available in the stores. The Warp Charge comes with Type-C cable inside the box.

The charger comes with a longer silver-colored metal grip and has a USB port for the charging cable. There is also a red LED light at the back of the charger which lights up once it is plugged in the vehicle’s charging port. According to the company, the OnePlus Warp Charge 30W car charger can charge the OnePlus 7 Pro from 0% to 50% in just 20 minutes. And it shouldn’t be a surprise as it is similar to the original Warp Charger the company provides with the smartphone.

Aman Singhhttps://www.gadgetbridge.com/
Aman Kumar Singh has a Masters in Journalism and Mass Communication. He is a journalist, a photographer, a writer, a gamer, a movie addict and has a love for reading (everything). It’s his love of reading that has brought him knowledge in various fields including technology and gadgets. Talking about which, he loves to tweak and play with gadgets, new and old. And when he finds time, if he finds time, he can be seen playing video games or taking a new gadget for a test run.
Facebook
Twitter
WhatsApp
Linkedin
ReddIt
Email
Previous article
MSI is the most reliable laptop brand: Survey
Next article
Super Mario Maker 2 for Switch will come with a number of new features: Here’s a look at few of them