HomeOther TechGamingFortnite brings new content update #1 with a novel Revolver and some...

This is a part of the Fortnite v9.30 update that rolled out earlier this week. 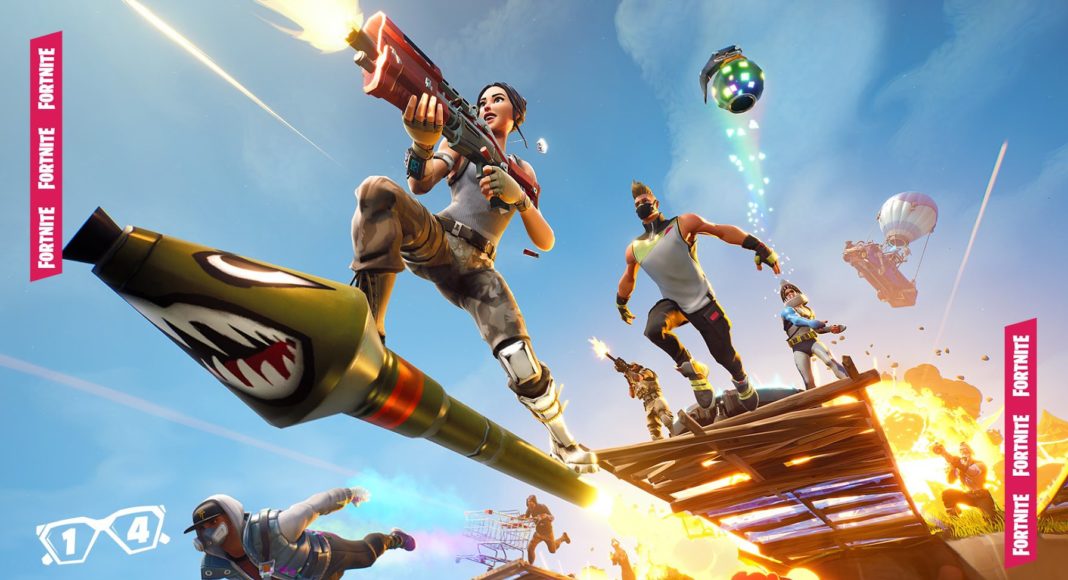 Fortnite, the popular battle royale game from Epic Games has rolled out a new content update for it. The new update brings a number of changes, fresh features, new equipment, gameplay improvements for the Battle Royale and the Save the World game modes of Fortnite. The new content update for the game is a part of the earlier Fortnite v9.30 update that was released on Tuesday this week. The apprise is named Fortnite content update #1 for patch v9.30 and it adds a number of features to the game along with a new weapon as well.

This update of Fortnite is currently out for PC, Xbox One as well as PlayStation 4. The new weapon which comes along looks like a Revolver along with several others from the Vault. These includes Pump Shotgun in the Battle Royale game mode. The official patch notes from Fortnite reads that the newest weapon Revolver fires medium ammo and it can hold six rounds of bullets. The Revolver inflicts 63/66 damage every shot and can be found in the floor loot as well as chests, vending machines, supply drops and loot carriers.

Now, talking about the weapons from the Vault, we see the Pump Shotgun that was one of the most popular guns of the players of the game. The gun was removed at the start of Season 9 of Fortnite, but now it has been added back to the game. The Pump Shotgun can be found in floor loot as well as in the vending machines. Although the company hasn’t mentioned about why it had removed the Pump Shotgun from Fortnite, it explained why Epic has brought the weapon back into the game. Epic said, “There’s been a lot of feedback around the Tactical Shotgun and Combat Shotgun effectiveness, and so we’re experimenting with a world where the Pump Shotgun joins the current shotgun lineup”.

Other than the Pump Shotgun, Shockwave Grenade as well as Supressed SMG has also been unvaulted in the latest content update of Fortnite. However, in this update Fortnite has vaulted several other weapons from the previous slot. The vaulted weapons include – Tactical Assault Rifle, Impulse Grenades, Rift-To-Go, and Pirate Cannon.

Moreover, the Tactical Shotgun, Burst SMG, Semi-Auto Sniper Rifle, and FlintKnock Pistol have their availability adjusted and the Minigun and Heavy Assault Rifle’s player damage has also been changed. The clip size of Infantry Rifle and DrumGun has also been changed. Lastly, the 14 Days of Summer game event has also been added to Battle Royale and Save The World modes of Fortnite.

Aman Singhhttps://www.gadgetbridge.com/
Aman Kumar Singh has a Masters in Journalism and Mass Communication. He is a journalist, a photographer, a writer, a gamer, a movie addict and has a love for reading (everything). It’s his love of reading that has brought him knowledge in various fields including technology and gadgets. Talking about which, he loves to tweak and play with gadgets, new and old. And when he finds time, if he finds time, he can be seen playing video games or taking a new gadget for a test run.
Facebook
Twitter
WhatsApp
Linkedin
ReddIt
Email
Previous articleGoogle will now allow its users to auto delete their location history
Next articleiPhone designer Jony Ive is leaving Apple to pursue his own venture