DJI Mavic Air 2 is available for pre-order through all authorized retailers as well DJI's online store. 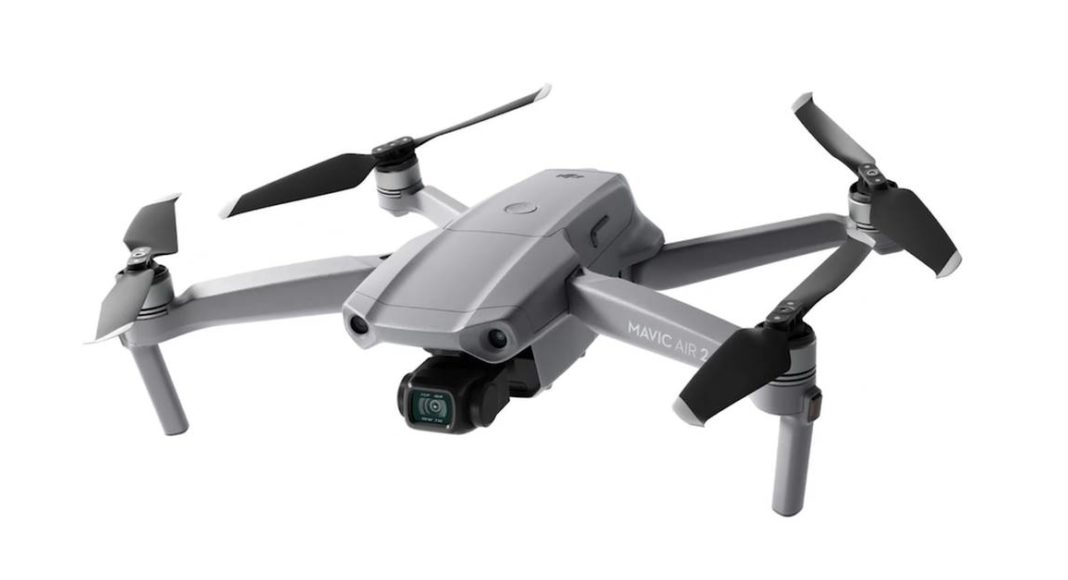 DJI, the global leader in civilian drones and aerial imaging technology, has now stepped into a new era of aerial creativity with the compact and easy-to-fold Mavic Air 2 drone.

Stressing that Mavic Air 2 is another milestone for the company, Roger Luo, President of DJI, claimed, “While the Mavic Air 2 bears all the hallmarks of the Mavic drone family, we had to completely rethink its design and development process. Our goal was to create a drone that offered the best overall experience possible to even the most novice pilot. We hope our drones can help boost creativity and become a fun yet educational experience that can be enjoyed, even at this unprecedented moment in history.”

The new Mavic Air 2 drone features robust imaging capabilities for every type of creator. In an press statement, DJI claims, “No matter the skill level of the pilot, Mavic Air 2’s features and technology are sure to appeal to every creative visionary. Mavic Air 2 is the first drone in the Mavic series to offer 4K video at 60 fps and 120 Mbps.”

In addition to this, users of DJI Mavic Air 2 drone can record content using HDR video, 4X Slow Motion in 1080p at 120 fps or 8X Slow Motion in 1080p at 240 fps. Moreover, pilots can capture 12MP images or choose a new high-resolution 48MP feature that allows the user not to miss even the minutest of the details. Besides, there is a mechanical 3-axis gimbal that enables a user to compensate for camera shake to create smooth and stable footage even in unpredictable scenarios.

Apart from the 3-axis gimbal, DJI stressed that the large Quad Bayer ½-inch sensor of the Mavic Air 2 is the perfect tool to take creativity to the next level with a suite of image capture modes. The newly added SmartPhoto feature clicks 12MP photos using advanced scene analysis and deep-learning to automatically choose one of three image capture options:

DJI Mavic Air 2 drone automatically captures seven varying exposures of the HDR photograph, merging them together to bring out a highly dynamic image.

This is designed for low-light scenarios, taking multiple photographs and merging them to bring out a clear image with less of the noise which usually occurs in low-light scenes.

DJI Mavic Air 2 can recognize five categories of scenes including sunsets, blue skies, grass, snow, and trees, then optimize settings to make the photograph pop by bringing out the highest degree of colour, detail, and tones.

With an aim to provide unparalleled flight performance, DJI Mavic Air 2 weighs as much as a small water bottle at 570 grams. Besides this, the Mavic Air 2 drone comes equipped with new motors, new electronic speed controllers (ESCs), enhanced battery technology and an aerodynamic design to provide a maximum flight time of up to 34 minutes. According to the company, “DJI’s proprietary OcuSync 2.0 transmission technology has been upgraded to deliver an extremely reliable and stable HD video feed from the drone at a maximum distance of 10km. OcuSync 2.0 supports both 2.4GHz and 5.8GHz frequency bands and uses an auto-switching feature to move between the two based on signal strength, while anti-interference technology blocks unwanted signals to keep the video feed clear.”

Looking at the other features of DJI Mavic Air 2 drone is equipped with obstacle sensors on the front and rear of the drone to warn pilots when they’re too close to an object and can also be set to stop the drone from moving any closer to avoid collision. Besides this, DJI revealed that there are additional sensors and auxiliary lights on the bottom of the Mavic Air 2 to help the user with several functions including smooth, automatic landing even in difficult lighting. Additionally, Mavic Air 2 also house GEO geofencing solution to help keep drones away from the highest-risk locations, such as busy airports.

What’s more interesting is that whe users enable Advanced Pilot Assistance System (APAS) 3.0, as obstacles come into the drone’s path, Mavic Air 2 will create a new path around, under or over the object to avoid collision, giving pilots the confidence to fly in more complex situations while focusing on capturing their ideal images. As per DJI, “Using 3D mapping, the updated version aids in smooth transitions and more fluid movements around objects even in highly complex environments.”

As far as pricing and availability is concerned, DJI Mavic Air 2 is available for immediate purchase in China while other regions will begin taking pre-orders with an expected ship time of mid-May owing to the new complexities for global shipping and logistics due to the coronavirus pandemic. Mind you! DJI Mavic Air 2 will be available in two purchasing options:

A standard package which includes Mavic Air 2, one battery, remote controller and all the required wires and cables for $799 USD (approx INR 60,612.54)

A Fly More option which includes all items from the standard version as well as a shoulder bag, ND filters, charging hub, and 3 batteries for $988 USD (approx INR 74,957.58).