The TV will go on its global sale from next month onwards. 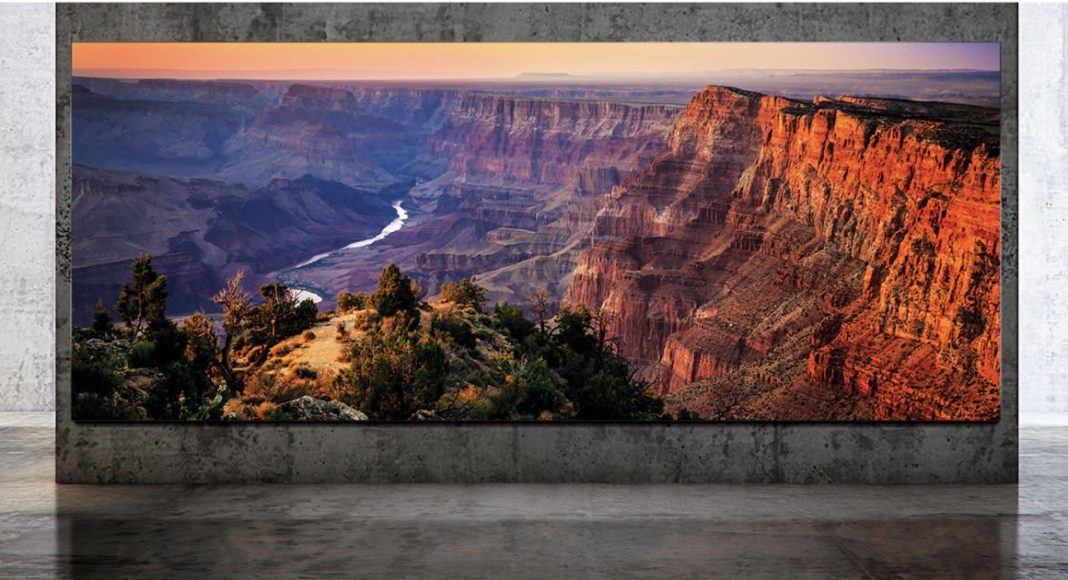 Samsung launched its giant 75-inch and 219-inch MicroLED TV models earlier this year. The new MicroLED TVs from the South Korean technology giant were one of the biggest televisions in the world and they were named as “The Wall” because of their size. But now, the company is going further beyond in its MicroLED TV department as it is announcing an upgraded version of The Wall Luxury TVs that would be bigger, better and grander than the previous models.

The new MicroLED TVs starts with the smallest of the lot with 73-inches for a 2K resolution model and the new range will come in all sizes, aspect ratios and customizable configuration. The biggest of the lot comes at a behemoth 292-inches and it will offer 8K resolution.

Although Samsung’s new The Wall Luxury TV set is 292-inch big, it is only 30mm in thickness which further adds a beauty to it. It also offers a bezel-less display design which is quite amazing for a TV of this size.

According to the company, The Wall Luxury will come with an AI picture quality engine which is known as the Quantum Processor Flex. The new engine will use the AI upscaling and machine learning to optimize the picture quality of whatever is playing on the screen on a scene-by-scene basis. Other than that, the new The Wall Luxury MicroLED TV series will reportedly offer Quantum HDR technology and produce a brightness of 2,000 nits. It will have 120Hz video refresh rate display and according to the company, it will be an ideal TV for watching movies, sports or playing video games.

Although the size, the details and some of the specifications of the Wall Luxury MicroLED TV have been revealed, Samsung hasn’t announced the price of the new TV. The Wall Luxury MicroLED TVs are to go on its global sale the next month in July 2019, and considering the specifications and all the new technology it packs there is no doubt that it will have a price which most people won’t be able to afford. But still, it remains to be seen just how much the company will ask for it and how will it change the TV industry.

Samsung is known for making new technology and launching new products with unique features. Samsung Galaxy Fold was a prime example of it. Although the Galaxy Fold was recalled due to some problems and technical difficulties, it was still one among the first foldable smartphones to be announced. But now, the company has said that it will be launching the Galaxy Fold once again in the coming weeks.

Aman Singhhttps://www.gadgetbridge.com/
Aman Kumar Singh has a Masters in Journalism and Mass Communication. He is a journalist, a photographer, a writer, a gamer, a movie addict and has a love for reading (everything). It’s his love of reading that has brought him knowledge in various fields including technology and gadgets. Talking about which, he loves to tweak and play with gadgets, new and old. And when he finds time, if he finds time, he can be seen playing video games or taking a new gadget for a test run.
Facebook
Twitter
WhatsApp
Linkedin
ReddIt
Email
Previous articleAndroid smartphones can now be used as physical security key for iOS two-factor authentication
Next articleHow to use WhatsApp Web on PC?