Poco M3 launching today: Here is how you can watch the Livestream 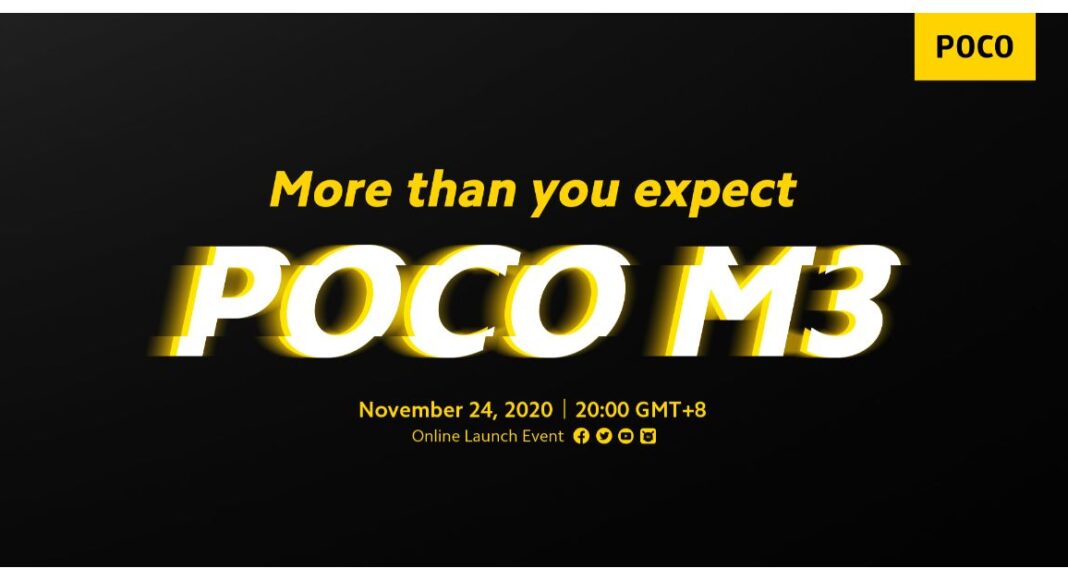 Poco M3 is a set to launch today. The device is set to make its debut in Europe and just before the launch the price of the upcoming device has reportedly been leaked. The smartphone is the successor of Poco M2 which made its debut in the market a few months back. Prior to its launch the device has been leaked several times therefore revealing the key specs as well as its form factor. Whereas the company has also confirmed few of its specifications that include a 6,000mAh battery and a Qualcomm Snapdragon 662 SoC.

Poco M3 how to watch the Livestream and expected pricing

Poco M3 will launch today in Europe. The launch event will take place through a virtual event at 20:00 GMT+8 and 5.30 PM IST in India. The online launch event will be aired via the company’s social media channels via its official YouTube channel. For your convenience we have embedded the link below:

Speaking of the specification Poco M3 is confirmed to feature a 6.53-inch display and is going to be powered by octa-core Qualcomm Snapdragon SoC. Additionally, the smartphone will be fuelled by a massive 6,000mAh battery however the rumour suggests for an 18W fast charging tech. 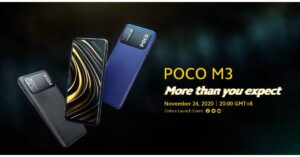 As per the leaks, the device will come with a waterdrop-style notched display and the octa-core processor will be paired with 4GB RAM and up to 128GB internal storage. Poco M3 is said to be shipped with MIUI 12 for Poco based on top of Android 10.

The device is confirmed to have a triple rear camera set up that is slated to include a 48-megapixel primary sensor, a 2-megapixel macro lens and a 2-megapixel depth sensor. While on the front it is likely to have an 8-megapixel selfie sensor.

The renders suggest the phone to come with a new design featuring a large black coloured rear camera set up. The set up will include three sensors with LED flash and a Poco branding along with the textured finish on the back of the phone.

Komila Singhhttp://www.gadgetbridge.com
Komila is one of the most spirited tech writers at Gadget Bridge. Always up for a new challenge, she is an expert at dissecting technology and getting to its core. She loves to tinker with new mobile phones, tablets and headphones.
Facebook
Twitter
WhatsApp
Linkedin
ReddIt
Email
Previous article
OnePlus 9 series renders leak suggests a rectangular camera module similar to OnePlus 8T
Next article
Motorola Nio likely to be the company’s next flagship device and is tipped to be powered by Snapdragon 865 SoC