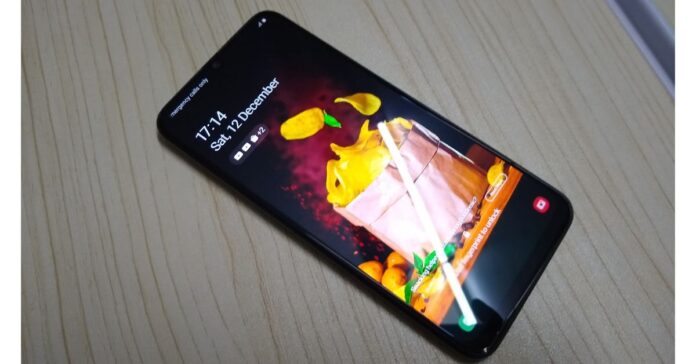 Samsung recently introduced its hot-off-the-press F-series in India. Samsung Galaxy F41 is the company’s first in this series. We have been using this phone for quite some time and to be honest, we found subtle differences between the already dominant M-series by Samsung, which some might think are not enough. This smartphone has an octa-core Exynos 9611 SoC, 6,000mAh battery, waterdrop-style design display and triple rear camera set up. Let’s find out in our extensive Samsung Galaxy F41 review to know what’s new, how good it is from other devices and should you buy it or not.

Right of the bat, Samsung Galaxy F41 comes with a similar form factor we have already seen on some of the Samsung devices in the M and A-series. It has a  unibody plastic design with glossy dual-tone finishes. We have got our hands on the Fusion Blue variant, but there are two more options available in the form of Fusion Green and Fusion Black. The device is not at all heavy, even though it houses a massive 6,000mAh battery. Less weight is most likely because of the plastic body. 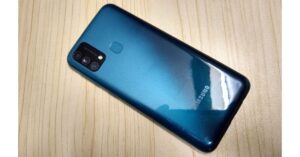 The Samsung Galaxy F41 also shares some attributes with the company’s M-series smartphones such as and L-design triple cameras housed inside a rectangular module with an LED flash. Also, there is a rear fingerprint sensor while the front has an Infinity U design notch display. On the left side of the frame, a  SIM tray is given while the right side has the volume rocker and the power on/off button. 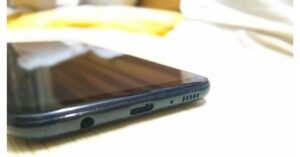 At the bottom, Samsung Galaxy F41 has a 3.5mm audio jack, USB Type-C port, mic and speaker grille. The texture of the phone appears to be smooth as it is made up of a combination of both plastics as well as glass. However, we did not dislike the phone but we would have expected the form factor to be more fresh as it this a new line-up. 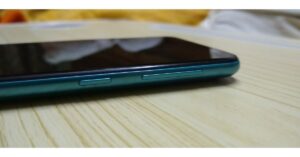 Samsung Galaxy F41 features a 6.4-inch Super AMOLED Infinity-U display. It offers 420 nits of peak brightness making it ideal for both outdoor and indoor usage. It has narrow bezels on the sides that ensure a better viewing experience. The screen is bright and well lit. Yes, it was legible while we basked in the sun with it. The device comes with a standard 60Hz refresh rate. This is a bit off-putting as many of the devices in this range offer higher refresh rate panels. A better refresh panel could have been an added advantage for Samsung Galaxy F41. Nevertheless, the big display is ideal for today’s users who spend hours getting work done, studying, watching videos or simply play games on it. 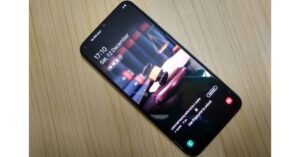 We spent a good amount of time watching videos and browsing social media and no doubt we had a delightful time with this phone.

The fingerprint sensor is really fast to respond and accurately registered our fingerprint expression to unlock the device. Besides this, the phone also includes face unlock but really liked the earlier one more accurate and reasonably fast than the later one. The audio experience on the phone is also quite decent as it has a bottom-firing loudspeaker, which is clear and loud. It should be noted that the retail box does not ship earphones so you have to get them separately, for an additional charge.

Samsung Galaxy F41 is powered by a year-old Exynos 9611 SoC coupled with 6GB of LPDDR4x RAM with up to 128GB of internal storage, which can be expanded by up to 512GB using a microSD card. However, it is available in one more storage option of 64GB, but for our review, we are working with the 128GB storage version. The device carries most of the daily tasks easily. While playing Call of Duty on this device we came across a bit of lag, nevertheless overall gameplay and graphics were good. This could have been better if Samsung used a current Chipset. 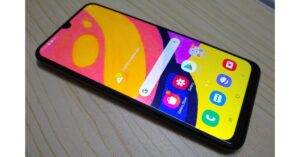 In case you are a heavy gamer then this phone is not the best option and you can go for a better device specialised for heavy gaming. Over that, the device heats up slightly if you prolong your gaming session.

When it comes to the battery. the Samsung Galaxy F41 comes with a massive 6,000mah battery. It supports 15-watt fast charging so that you don’t have to remain connected to a power outlet for long. The battery is good enough to last for more than a day, even two if you are an average user. If you are a power user then the battery will easily last you a full day. Using the supplied fast charger, the device gets fully charged from zero to 100 percent in three hours. 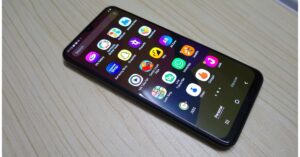 On the software front, the Samsung Galaxy F41 runs Android 10 with One UI Core on top, which offers smooth switching between apps and performs all the multitasking jobs perfectly. We encountered some lag but those can be ignored. The UI is smooth but comes with some amount of bloatware. Yes, the device has some already pre-loaded apps such as Dailyhunt, MX TakTak, Candy Crush Saga, Moj app, Dhani, Zee5, Chingari, Josh and more. All of them, thankfully, can be removed. 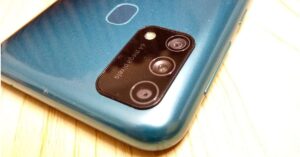 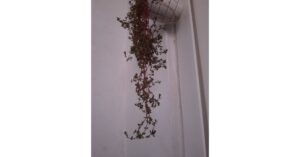 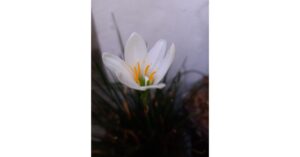 The primary sensor of the device captures stunning photos making your special moments even more special. The 8-megapixel ultra-wide-angle lens captures amazing details in ultra-wide mode with getting more area covered into a single photo. While the latter focuses on what matters the most, getting you a perfect portrait image. 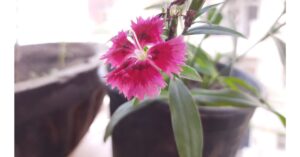 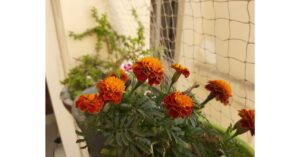 Apart from the rear camera, the Samsung Galaxy F41 has a 32-megapixel sensor on the front for perfect selfies. The camera app supports a host of powerful features. While the single take option makes it easier to capture a single moment in a number of ways, there are other useful modes on the native camera app as well for the more of a power user. 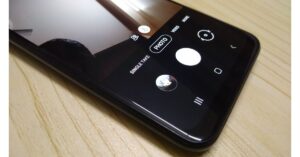 Apart from capturing images, the Samsung Galaxy F41 smartphone can also record 4K videos at 30fps, HD slow-motion video can be recorded at 240fps with up to 8x digital zoom. The overall quality of the cameras on the phone are decent for its class and we quite enjoyed shooting with it.

The Samsung Galaxy F41 is a decent mid-range device. Those looking for a device for gaming purposes should look elsewhere. However, if you are looking for a superb AMOLED display, a long-lasting battery and cameras that deliver Instagram worthy images to be shared unfiltered, then your search ends here. So, at a starting price of Rs 15,499, Samsung Galaxy F41 is a great buy for photo lovers and people who want a workhorse that will not power down easily.

The company should have opted for a better chipset

Not a gaming phone

- Advertisment -
Samsung recently introduced its hot-off-the-press F-series in India. Samsung Galaxy F41 is the company’s first in this series. We have been using this phone for quite some time and to be honest, we found subtle differences between the already dominant M-series by Samsung, which...Samsung Galaxy F41 Review: Keep clicking for long