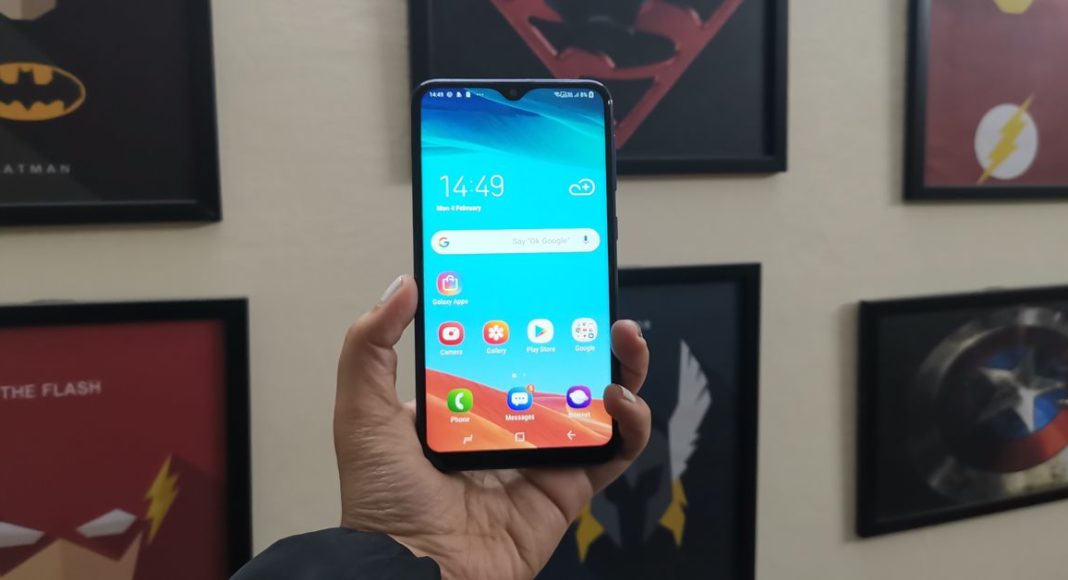 South Korean technology giant Samsung had announced on its official Twitter handle its Galaxy M10 smartphone has received a price cut in India. Samsung Galaxy M10 price has been dropped by Rs 1,000 and the device is available at its revised price at Amazon India and the company’s own website. Samsung has announced a price cut on Galaxy M10 as it has sold more than two million units of its M series smartphones. To recall, the device was launched in January this year along with Samsung Galaxy M20.

Both the models of the Samsung Galaxy M10 handset are available in two colour options – Ocean Blue and Charcoal Black. As of now, there is no word from the company about how long this new offer is valid till. So we suggest that you act quickly in case you have been planning to buy a budget smartphone that comes with a good set of specifications.

Coming to the specifications of the smartphone, Samsung Galaxy M10 was launched with Android 8.1 Oreo, but currently, the device has started receiving the Android Pie software update in India. The smartphone features a 6.2-inch HD+ (720×1520 pixels) Infinity-V Display panel along with a 19:9 aspect ratio. The smartphone is powered by Samsung’s own Exynos 7870 processor and is available in two variants – one with 2GB of RAM and 16GB storage and the other with 3GB of RAM and 32GB of onboard storage.

On the camera front, the Samsung Galaxy M10 handset comes with a dual rear camera setup that consists of a 13MP sensor with f/1.9 aperture and a 5MP ultra-wide sensor. For selfies and video calls, there is a 5MP camera with a f/2.0 aperture that is housed on the front panel of the device. The handset has support for face unlock and it houses a 3,400mAh battery. The smartphone from Samsung comes with a micro USB port and can hold a microSD card of up to 512GB.

Komila Singhhttp://www.gadgetbridge.com
Komila is one of the most spirited tech writers at Gadget Bridge. Always up for a new challenge, she is an expert at dissecting technology and getting to its core. She loves to tinker with new mobile phones, tablets and headphones.
Facebook
Twitter
WhatsApp
Linkedin
ReddIt
Email
Previous article
Huawei MediaPad T5 with 10.1-inch display launched in India: Price and specifications
Next article
Twitter now lets you add up to three people to your live broadcast