The Fab Phone Fest will start from June 10 and will go on till June 13. 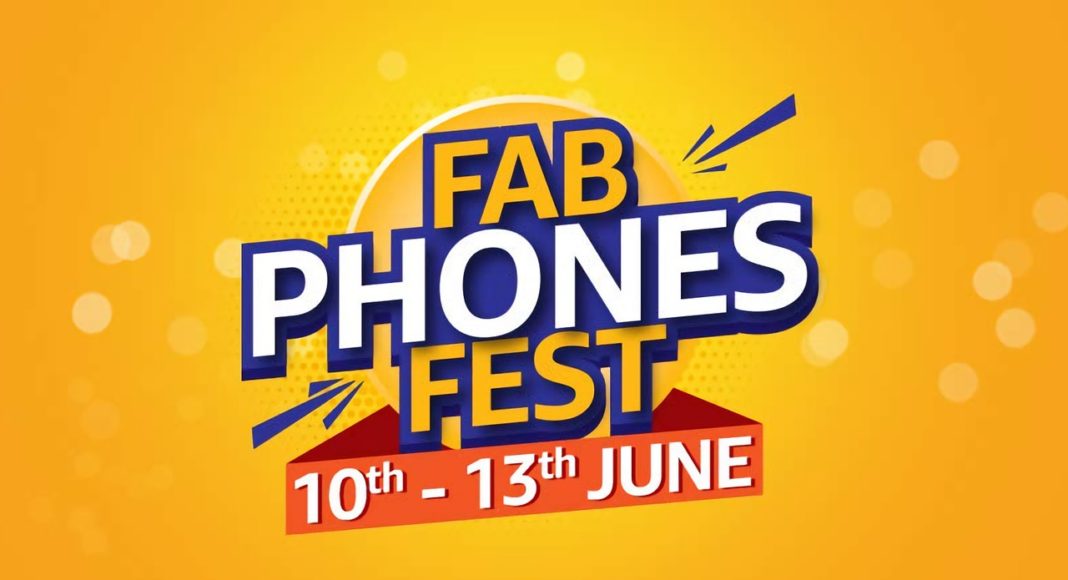 Amazon India has brought its Fab Phone Fest once again, which is to start next week. To be exact, the Fab Phone Fest will start from June 10 and will go on till June 13, 2019. During this Phone Fest, Amazon will be offering big discounts and offers along with no-cost EMI option and exchange offers on a huge number of smartphones. Ahead of the sale, Amazon has put on a teaser page on its platform, which shows the best deals the Fab Phone Fest will be bringing.

Samsung’s budget segment smartphone, the Galaxy M30 which is one of the best smartphones for display lovers is being sold below Rs 15,000. The base variant of the Galaxy M30 is currently being sold for Rs 14,990 while the top-end variant of the device with 6GB RAM/ 128GB storage is selling at Rs 17,990 right now. But in the Fab Phone Fest, the top-end variant of the device will sell for as low as Rs 14,990. Other than that, it also comes with no-cost EMI option and exchange offer as well.

Although the new OnePlus 7 and the OnePlus 7 Pro are already here but that doesn’t mean that the OnePlus 6T has lost its charm. The 8GB RAM/ 128GB storage variant of the device is selling for Rs 27,999 in the upcoming Fab Phone Fest. The original price of the variant was Rs 32,999.

Some of the flagship and premium smartphones like the Huawei P30 Pro, Vivo Nex, Galaxy Note 9 from Samsung, Oppo R17 will also get their prices cut for the Fab Phone Fest. So this might be the best time to grab a flagship smartphone with reduced prices. Currently, Amazon doesn’t mention the prices these devices will sell at but it does mention that they will receive a price cut and will come with exchange offers as well so their prices will be further slashed.

Other budget smartphones such as the Honor 9N, Samsung Galaxy M20, Vivo Y9i, Redmi 6A, Mi A2, Redmi 7 along with Oppo A5 will also have their prices discounted. Smartphones like the Nokia 8.1, Honor View 20, Vivo V15 Pro and the Oppo F11 Pro will be getting the No-Cost EMI option.

Aman Singhhttps://www.gadgetbridge.com/
Aman Kumar Singh has a Masters in Journalism and Mass Communication. He is a journalist, a photographer, a writer, a gamer, a movie addict and has a love for reading (everything). It’s his love of reading that has brought him knowledge in various fields including technology and gadgets. Talking about which, he loves to tweak and play with gadgets, new and old. And when he finds time, if he finds time, he can be seen playing video games or taking a new gadget for a test run.
Facebook
Twitter
WhatsApp
Linkedin
ReddIt
Email
Previous articleAhead of E3 2019 From Software and George R.R. Martin’s Elden Ring leaked online, two other games also leaked
Next articleHow to change your username on Instagram?