Amazon releases its 2nd gen Echo show 8. Here is what has changed. 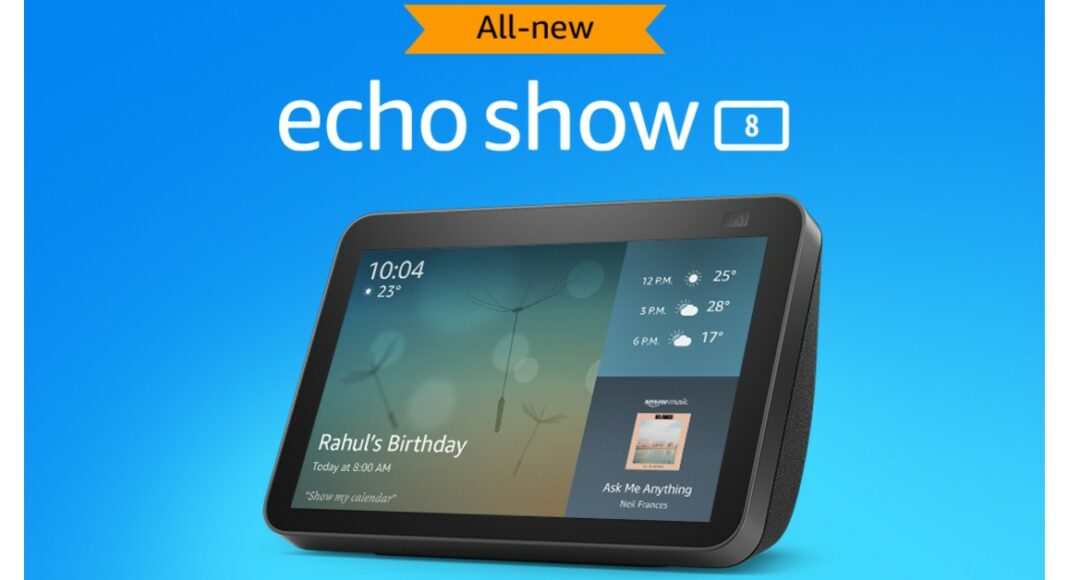 After the success of the first-generation Echo Show, Amazon finally brought out its 2nd gen of Echo Show 8. The show sits exactly in between its 5-inch and 10-inch siblings. After major upgrades over amazon’s Echo dot series, an update on the show series was needed as well. Here are a few of the changes and similarities.

Talking about the looks, not much has changed. The body has an 8-inch touch screen, which is quite responsive displaying your personalised screen that you can customise according to your taste. The screen also supports multimedia functionalities and streams. Your favourite content will be shown in a HD resolution of 1,280X800. All the button controls are housed on the top edge with microphones to capture your voice commands. On the top rim of the Echo Show 8 houses the new camera setup. Amazon has taken care of privacy by providing a microphone on/off button and a mechanical switch for the camera shutter. The device is covered with fabric like material in the back matching the colour tone of the front frame. The Echo Show 8 gen 2 is available in two colours black and white.

Also Read: Should you leave the Wi-Fi router on at night?

There are few changes in both hardware and software of the device. One major change is on the chipset, which is the new MT8183 as compared to the older MT8163 on the previous model.

Even if the previous gen never felt slow the new chipset will make the new gen snappier. Also, a major upgrade is the new 13-megapixel wide angle camera, which will zoom and pan according to your face for all the meetings and video calls you want to attend onboard.

The previous generation’s 1MP camera was not that great and the company did a good job replacing it with a decent sensor now. It feels like the same sensor used in Echo show 10 with an auto framing feature minus the motorized tracking capabilities has been picked up.

Like all the Echo devices it also supports Amazon Alexa support which will listen to all your commands with a 4 microphone setup. The smart assistant can perform tasks like playing music, streaming your favourite content, making voice and video calls on your command. The device has a dual 2.0-inch speaker with a passive bass radiator resulting in a clear non muffled sound. You can also remotely monitor your place with its camera making you worry less about your home when you are away.

With the current generation of the Echo Show 8 release company has really listened to its customers. There might not be a lot of changes than the previous gen. The company really focused on necessities and made the Echo Show 8 really value for what you spent. The device is priced at Rs 13,999 but the company is selling it at a discounted price of Rs 11,499 for a limited time.