HomeMobilesApple ‘Spring Loaded' event today: Here is how you can watch the... 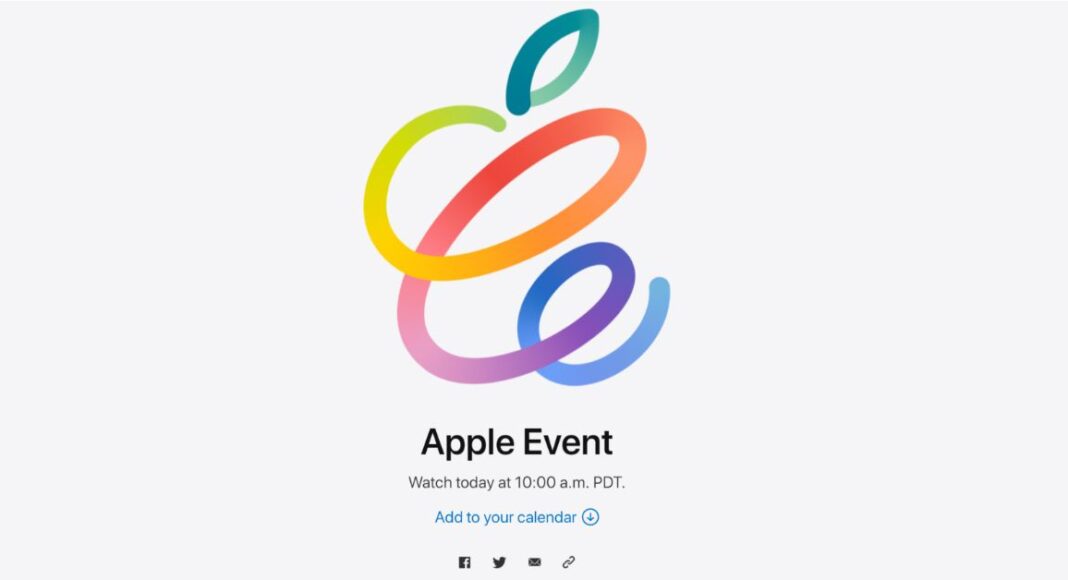 The Cupertino based tech firm Apple is going to host its ‘Spring Loaded’ event today. At today’s event, the company expected to reveal its next-generation iPad Pro. This is going to be a virtual Apple event and the company is most likely to introduce more devices aside from iPad Pro. It is highly anticipated that the iPhone maker could launch new AirPods, Apple TV and iMac along with the AirTag which is a Bluetooth tracker.

Apple ‘Spring Loaded’ event timings and How to Livestream?

The Apple ‘Spring Loaded’ event will be held virtually today. The Apple Event will be live-streamed through the company’s official website and various social media channels. The event can be watched at 10 am PDT and 10:30 pm IST. This event can also be watched on the Apple TV app via any of the supported devices.

Aside from this, you can also catch the action live on YouTube. For your convenience, we have also embedded the link below.

What you can expect at today’s Apple Event?

The company has the tradition to stay tight-lipped on what it is going to reveal at its events. Apple will officially reveal that what it is going to bring to the table during the event only. At Tuesday’s event, we are expected to see a host of new devices which includes the all-new iPad Pro, AirPods, Apple TV,  redesigned iMac and the company’s Bluetooth tracker AirTag.

About the iPad Pro, the new model will feature a mini-LED screen. This feature will come to its top variant of the 12.9-inch model, whereas the other versions are tipped to have an 11-inch LCD screen. The Mini-LED display is said to offers a better contrast ratio which is being manufactured by the Taiwan-based suppliers Ennostar, General Interface Solution, and Taiwan Surface Mounting Technology.

On the other hand, the reports suggest that Apple could also bring the redesigned iMac models at today’s Apple event. According to the speculations, the new iMac would include Apple’s M1 chip. Moreover this time the company is expected to reveal a  24-inch model of iMac.

Speaking of the AirPods, the new models as said to be named AirPods 3 or AirPods (2021). These will look similar to AirPods Pro in terms of design and will include its system-in-package (SiP). In addition to the optimised Noise cancellation feature, it would further include Siri- Apple’s Voice Assistant.

Finally, the company is also said to bring AirTag which is the company’s first  Bluetooth tracker similar to Tile. It might feature a waterproof design along with magnetic charging and a removable battery. In addition to this, it will also have support for Find My App for the ability to track non-Apple devices.

Komila Singhhttp://www.gadgetbridge.com
Komila is one of the most spirited tech writers at Gadget Bridge. Always up for a new challenge, she is an expert at dissecting technology and getting to its core. She loves to tinker with new mobile phones, tablets and headphones.
Facebook
Twitter
WhatsApp
Linkedin
ReddIt
Email
Previous articleBest Solid State Drives (SSDs) that you can buy at price above ₹10,000
Next articleAmazon Pay to extend micro-financial services like small loans and insurance to Kirana shops