Apple Watch 7 was finally released, here is everything you need to know. 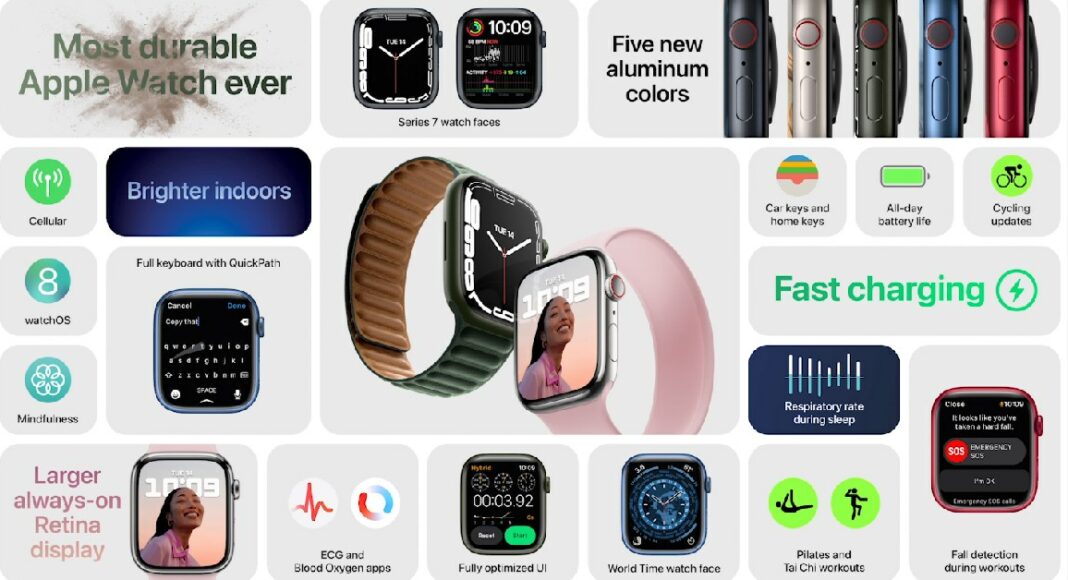 After the success of the Apple Watch 6, the company has unveiled its new generation of a smartwatch, the Apple Watch Series 7. There are tons of features including the design and features that have been boosted. It is the biggest redesign since the launch of the first watch by Apple. With new processors and features, here is everything you need to know. 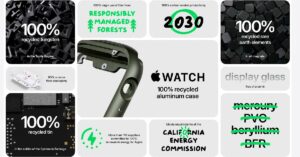 The watch design is similar to the previous version. But with a more angular design, it follows a new design flow with 40% thinner borders, even more, rounded corners to fit the bigger screens with slimmer bezels, and is 70% brighter indoors. The buttons have also been redesigned and enlarged for ease of use.

The watch will be available in 5 new aluminium casings with a new variety of bands. The new retina display has a larger screen area as well, which looks beautiful and is brighter.

The battery remains the same as the apple watch 6 with up to 18 hours of battery. The battery can be charged 33% faster than the previous version with an updated fast charger that can charge the Watch in 8 mins for 8 hours of sleep tracking. With the new OS installed, it gives the Watch a better standby time and support for an always-on display.

With the launch of the new Apple Watch Series 7 the company introduced redesigned OS for the watch to utilise the bigger display, the watch supports all the sports modes paired with Apple Sports+. The new OS has the support of a small keyboard in the UI that utilises the bigger display and can come in handy for replying to texts on the go. It can show the user their ECG, has cycle mode to know the speed one is riding at and has fall detection. The Watch is WR50 waterproof, making it ideal for surfing. With 100% recyclable aluminium the new watch is more durable and has IP6X dust resistance, too. 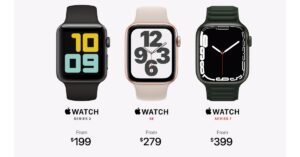 The prices of the Watch Series 7 are revealed and start from $399(Rs 30,000 approx) and will be available with a GPS and non GPS version in the coming weeks. While the Watch series 3 remains at $199(Rs 15,000 approx) and Watch SE can be bought for $279(Rs 20,550 approx) in the USA and international markets. The Apple Watch series 7 release date in India is still undecided and will come later this year.