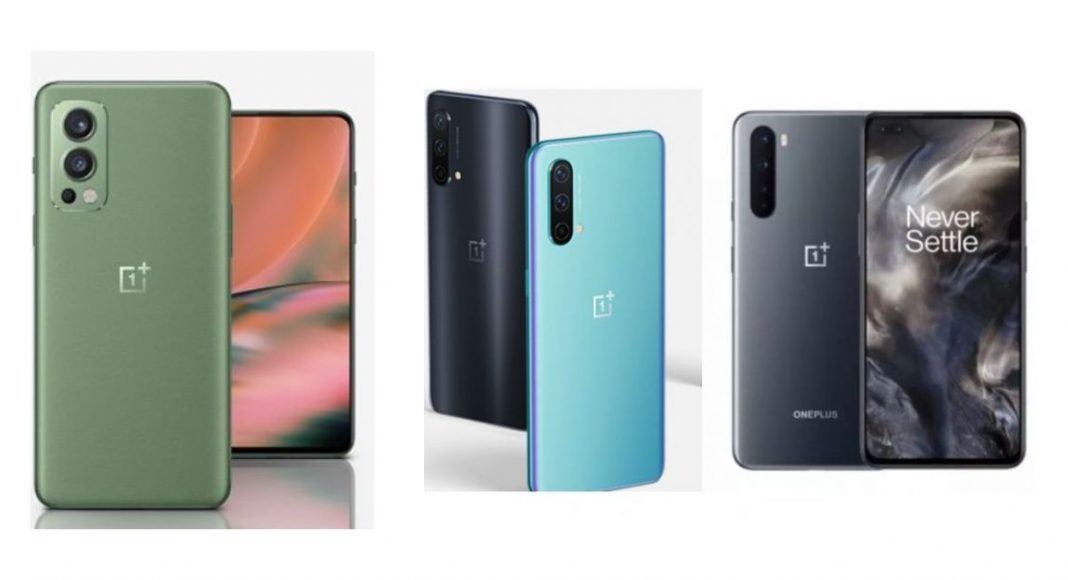 OnePlus Nord 2 debuted in India as the successor to the original Nord which was introduced last year. The device comes with some up-gradation over the existing Nord smartphone. Recently the company also launched OnePlus Nord CE to attract the masses by producing it at a more affordable price range. The latest device will be up for sale during the upcoming Amazon Prime Day Sale. Here is our comparison of OnePlus Nord 2 Vs OnePlus Nord Vs OnePlus Nord CE which you must read before you plan to buy one.

OnePlus Nord 2: Triple rear camera set-up that includes a 50-megapixel IMX766 primary sensor with OIS. Under the hood, there is an 8-megapixel secondary sensor and a 2-megapixel tertiary sensor.

OnePlus Nord CE: Triple rear camera set up on its back featuring a 64-megapixel primary camera sensor, an 8-megapixel ultra-wide camera with 119 degrees of FoV and a 2-megapixel depth sensor.

Both, the OnePlus Nord 2 and CE come with Android 11 out of the box. The OnePlus Nord 2 brings some upgrades to the camera, battery capacity as well as charging speed. On the other hand, Nord CE is a toned-down variant of both Nord and Nord 2. But one thing which is common between all three smartphones is that all these phones are 5G-enabled and also offer a 90Hz refresh rate display. The first generation of Nord and CE is powered by a Qualcomm processor whereas the latest one equips a more powerful MediaTek Dimensity 1200-AI processor. In terms of pricing, the new OnePlus Nord 2 is priced higher than the remaining two. But given the price this latest addition is surprisingly cheaper for the powerful processor, it comes with.

Komila Singhhttp://www.gadgetbridge.com
Komila is one of the most spirited tech writers at Gadget Bridge. Always up for a new challenge, she is an expert at dissecting technology and getting to its core. She loves to tinker with new mobile phones, tablets and headphones.
Facebook
Twitter
WhatsApp
Linkedin
ReddIt
Email
Previous articleLava Z2s with 5,000mAh battery launched in India
Next articleBose Sleepbuds II true wireless stereo earbuds for better sleep are now available in India