Flipkart Flagship Fest sale goes live: Deals and discounts to watch out for 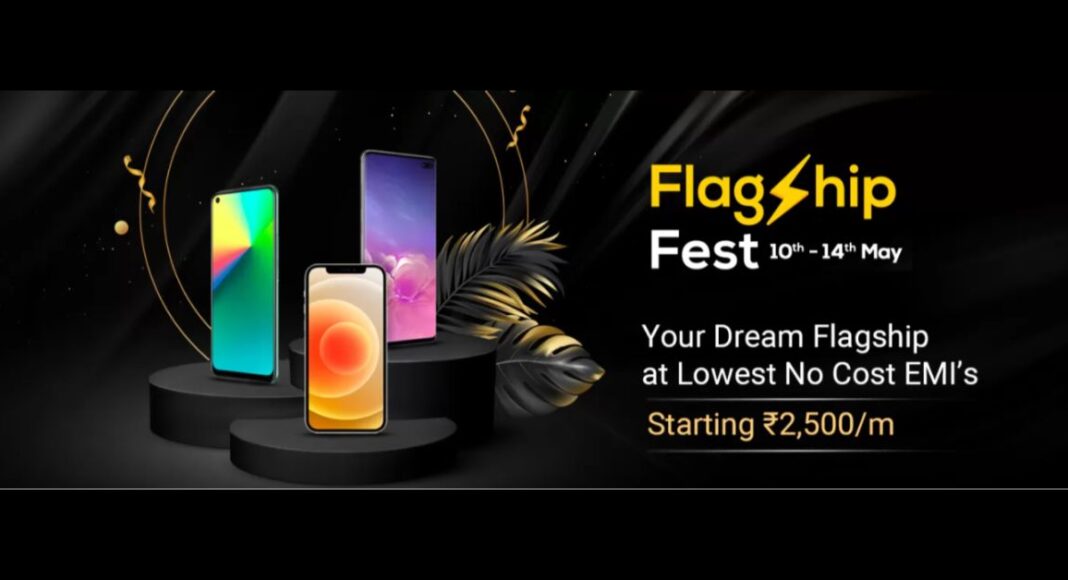 The e-commerce website, Flipkart, has officially announced a new sale on its platform. The Flipkart Flagship Fest sale has already gone live on its platform. The sale will be a five days long sale that will last until May 14. During the sale, there will be up to 10 percent instant saving bundled with EMI options. There will be huge discounts and deals on popular smartphones such as Motorola Razr 4G, iQoo 3, LG Wing, iPhone 12 and more.

There will be up to 10 per cent instant savings on CitiBank credit and debit card. In addition to this, there will be an additional Rs 500 off on EMI on products above Rs 20,000. The lowest no-cost EMI will start at Rs 2,500 per month. So to make your choice easier we have created a list of Flagship smartphones that will get you huge discounts during the Flipkart Flagship Fest sale. 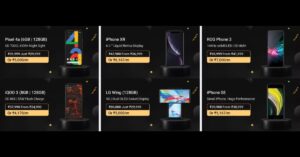 Whereas the price of the iPhone 11 will start at Rs 48,999 along with an EMI of up to Rs 7,840 per month. The device comes with a  6.1-inch Liquid Retina display and is powered by the company’s latest A13 Bionic chipset. 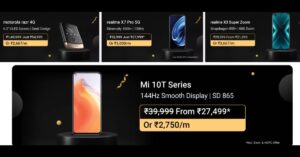 Google Pixel 4a, which was earlier selling for Rs 31,999, can now be purchased for Rs 29,999 along with Bank offers. This smartphone was launched in India last year and comes with a  dual rear camera and an OLED display. It is powered by Qualcomm Snapdragon 730G.

LG Wing which features a swivel screen was launched in India in October last year with a price tag of Rs 69,990. It can now be purchased at a discounted price of Rs 29,990. On the other hand, both the 4G as well as the 5G variants of the Motorola Razr are also up for sale. The 4G version can be easily bought for Rs 54,999 and the 5G model for Rs 89,990.

Apple iPhone SE and iPhone XR will be available at Rs 30,999 and Rs 36,990 during the Flipkart Flagship Fest sale in the country.

The ongoing sale will also be offering other smartphones such as Asus ROG Phone 5 and ROG Phone 3 at Rs 49,999 and Rs 41,990 respectively.

Other popular flagships series such as Samsung Galaxy S21 and Galaxy Fold 2 are now available at a huge discounted price, too.

Komila Singhhttp://www.gadgetbridge.com
Komila is one of the most spirited tech writers at Gadget Bridge. Always up for a new challenge, she is an expert at dissecting technology and getting to its core. She loves to tinker with new mobile phones, tablets and headphones.
Facebook
Twitter
WhatsApp
Linkedin
ReddIt
Email
Previous article
Redmi Note 10S gets listed on Amazon ahead of the launch, teases availability and key specifications
Next article
Optoma UHD33 4K UHD projector with 240Hz refresh rate unveiled in India: Comes with special gaming mode