HomeOther TechGamingHarry Potter: Wizards Unite game is live now, can be downloaded from...

The game is free for all and doesn’t cost money to play. 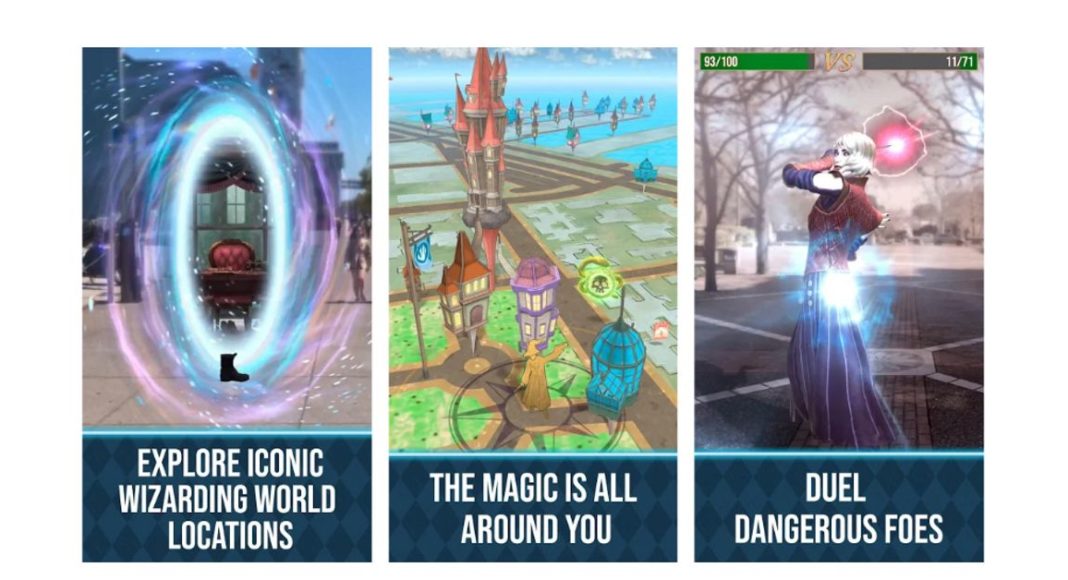 Pokemon Go was one of the first AR game which let the players move around and find the game items, other Pokemon using their smartphone’s camera. The game was developed by a company called Niantic. Now, the same company has come up with another similar game called Harry Potter: Wizards Unite. Parallel to Pokemon Go, Harry Potter: Wizards Unite uses the Augmented Reality to place different digital objects like monsters, buildings, items, characters from the Harry Potter universe into the real world.

When launched, Pokemon Go became one of the most played mobile games out there with over a million players globally. And similarly, Harry Potter: Wizards Unite too will be a popular game as it already has a popular franchise name behind it.

Harry Potter: Wizards Unite can be played on iOS and Android platforms as well. Currently it is a free to play game. Nevertheless, there are in-game items which can be purchased using real money like many games. Although it is still in its early days as it hasn’t even been a week since its release, it already has over 500 positive reviews with an average score of more than four stars on the Apple App Store.

Before playing, the players would need to log in using their Facebook or Google accounts. Then they will be given a tutorial to complete and make them understand how the game works. Once logged in, the players will be able to choose their characters and dress them up using the clothes present in the game or they can purchase it using real money. The game also gives the players options to choose different house cloaks and wardrobes like Slytherin, Gryffindor etc.

As mentioned above, the game introduces several characters from the book and the movies like Hagrid, Buckbeak, Dumbledore to name a few. The characters can be seen on the screen in a real time as it uses the AR technology. The players can also cast spell to fight other players or monsters. The game also uses a real map, but it transforms the places to in-game points of interests like “green house”.

The players would need to  free other characters from Harry Potter universe from danger. They could be trapped, possessed by a monster and the players would need to free them and collect them. In other words, it uses similar principles as Pokemon Go. Harry Potter: Wizards Unite is not the game which can be played by sitting idle, to play the game the players will need to move around  and see what they can find using the smartphone’s camera.

The worldwide rollout of Harry Potter: Wizards Unite has officially begun! Download today in the US, the UK, Australia and New Zealand, and stay tuned for more details as the rollout continues in the coming weeks! #WizardsUnite https://t.co/hG1DOFoQUT pic.twitter.com/Dhk677TaRp

Although Harry Potter: Wizards Unite is still in its early stage, it remains to be seen how it fares up against Pokemon Go.

Aman Singhhttps://www.gadgetbridge.com/
Aman Kumar Singh has a Masters in Journalism and Mass Communication. He is a journalist, a photographer, a writer, a gamer, a movie addict and has a love for reading (everything). It’s his love of reading that has brought him knowledge in various fields including technology and gadgets. Talking about which, he loves to tweak and play with gadgets, new and old. And when he finds time, if he finds time, he can be seen playing video games or taking a new gadget for a test run.
Facebook
Twitter
WhatsApp
Linkedin
ReddIt
Email
Previous articlePoco F1 with 6GB RAM and 64GB internal storage receives yet another price cut of Rs 2,000
Next articleJio GigaFiber broadband service plans leaked online before its official launch