The launch event will be held at Munich 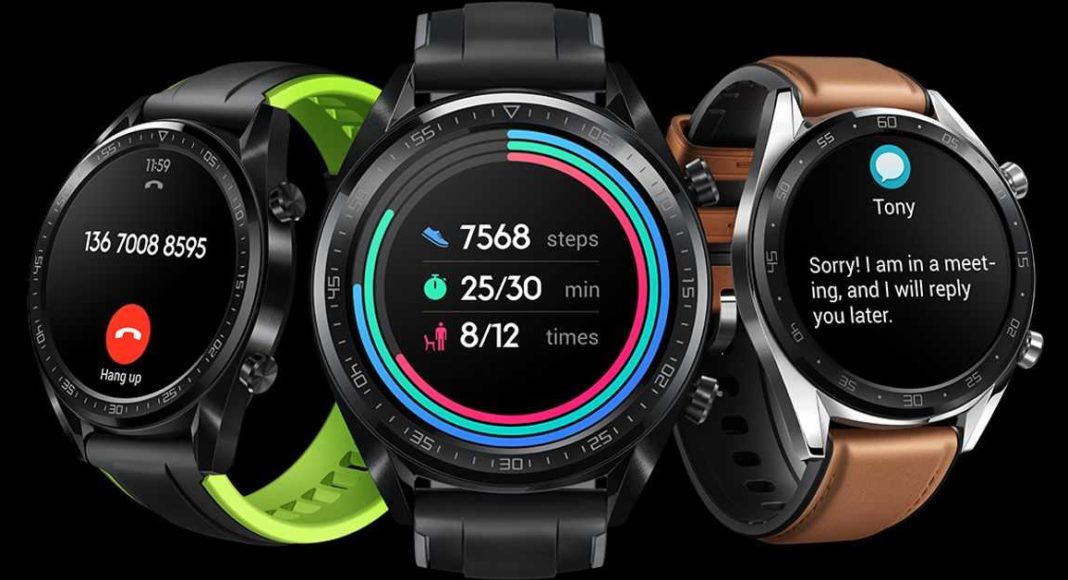 Chinese smartphone maker Huawei is all set to launch an all-new series Watch GT. The company is gearing up to launch its new series of Mate 30 smartphones in the market on September 19 in Munich. Alongside Mate 30 the company will also unveil Watch GT 2. The company already launched the Watch GT smartwatch along with its Mate 20 Pro series of smartphones at an event in October last year.

Huawei took to Twitter and announced the official launch date Huawei Watch GT 2. The company posted a teaser video of the upcoming device. The video, however, did not reveal much about the product but it only says that Watch GT 2 will be powered by Kirin A1 CPU that was announced by the company recently. The announced chip also powers the Freebuds 3.

Additionally, the reports suggest that the phone will pack a larger 445mAh battery than its predecessor that carries 420mAh, which lasts up to 14 days.

The leaks suggest that the upcoming Huawei Watch GT 2 will carry a larger screen along with the smaller bezels. As said, it will house a 445 mAh battery and will come integrated with a mic and speaker as well. The presence of mic and speaker hints that the watch will allow the user to make calls to the stored contacts. It is also expected to arrive with a built-in GPS and optical heart rate monitor. The company will be offering the device in two variants Classic and Sport. Huawei GT Watch 2 sports model will arrive with a sport rubber band, whereas the Classic model will be carrying a brown leather strap.

To recall the company launched the Huawei Watch GT in India earlier this year in two variants Sports and Classic. The Sports edition comes at a price tag of Rs 15,990 whereas the Classic model id priced at Rs 16,990. The smartwatch comes with a 1.39-inch AMOLED display and sports a dual crown.

The Watch GT has 316L stainless steel built along with ceramic bezels. This smartwatch is 5ATM water resistance that can be easily used while swimming. It has 512MB of RAM and 128MB of internal ROM and is compatible with devices that run Android 4.4 or higher and iOS 9.0 or more. The Huawei Watch features built-in GPS that can track daily activities of users by connecting to the Health Assistant app.  The wearable also has the ability to track user’s sleep and steps.

Komila Singhhttp://www.gadgetbridge.com
Komila is one of the most spirited tech writers at Gadget Bridge. Always up for a new challenge, she is an expert at dissecting technology and getting to its core. She loves to tinker with new mobile phones, tablets and headphones.
Facebook
Twitter
WhatsApp
Linkedin
ReddIt
Email
Previous article
Pixel, OnePlus, Redmi K20 Pro and other smartphones start receiving Android 10 OS update
Next article
Xiaomi Mi 4 Band to launch in India on September 4