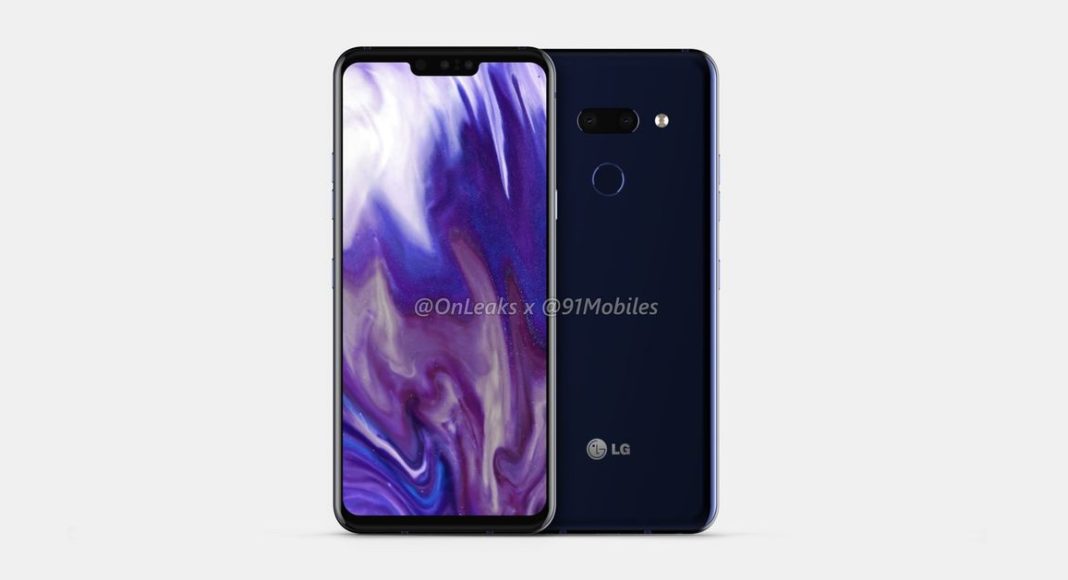 LG’s next flagship, G8, has started making headlines. It is being said that LG G8 smartphone is said to be the successor of the company’s G7+ ThinQ and would be first unveiled at the Mobile World Congress 2019 that is scheduled to take place in Barcelona, Spain in February. And now, the first renders of the upcoming smartphone have surfaced online. We should mention that these renders showing LG G8 have been leaked by 91mobiles in collaboration with Onleaks.

LG G8 doesn’t look very different from its predecessor in the renders leaked by the website. However, some subtle changes can be seen in the smartphone. These include the horizontally stacked rear camera module and the missing Laser autofocus. The back panel of the smartphone can also be seen to have the fingerprint scanner embedded on it.

It is worth noticing that although the company has already launched the V40 ThinQ smartphone with a triple rear camera setup, for its flagship device, it is sticking with dual rear cameras. The front panel of the LG G8 smartphone is shown to comes with dual cameras, so that’s something a lot of selfie lovers may like. The renders show the smartphone to sport a 6.1-inch display that has an iPhone-like notch on the top and has an aspect ratio of 19.5:9. The device has been codenamed Alpha and it reportedly measures around 152x72x8.4mm.

LG G8 can be seen with a USB Type-C port, a speaker grille and a 3.5mm headphone jack at the bottom and the device has its power button and SIM tray sandwiched on the right. On the left edge, it is shown to have the volume rocker and Google Assistant buttons. It is worth noticing that the left edge of LG G8 has an additional hole above the volume rocker buttons, which may be an additional microphone of the device. 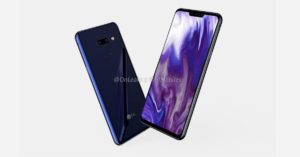 Coming to the specifications of LG G8, not much is known about the smartphone as of now. Reports have suggested that the device will be powered by the latest Snapdragon 855 SoC. However, if the smartphone launches next month as it has been tipped to be, we would not be surprised to see the Snapdragon 845 processor on it. 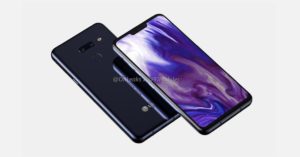 Another report has hinted that the device will come with ‘sound on display’ speakers, which will use vibration and bone conduction to create sound directly from the screen of the device and leaving the speaker with nothing to do. The main reason to deploy this technology is to maximise the screen space on the smartphone. It has also been reported that the device will come with a non-foldable second screen. Apart from this, not much is known about the device yet. We will update you as more information comes in.