The chipset features the latest multimedia, AI and imaging innovations. 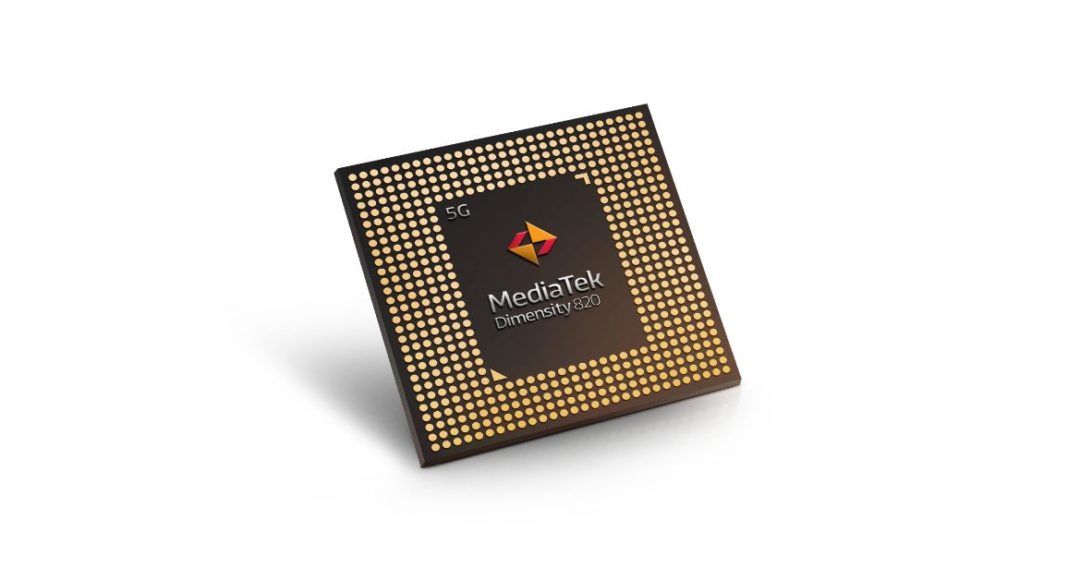 The Taiwan based chipset manufacturer announced the launch of a new chipset. The company introduced Mediatek Dimensity 820 SoC for flagship smartphones. The octa-core system-on-chip comes with a 5G support and with the latest multimedia, AI and imaging innovations. The chipset comes integrated with ARM Mali G57 GPU along with HyperEngine 2.0 enhancement for better graphics.

According to the company, the chipset comes with four Cortex-A76 cores clocked at up to 2.6GHz and four Cortex-A55 cores clocked at up to 2GHz. Moreover, there is Arm Mali G57 GPU graphics plus HyperEngine 2.0 enhancements so users can immerse themselves in the latest mobile games. This will allow  120Hz high refresh rate support for the displays along with HDR features with MediaTek MiraVision for most vivid visuals in videos and streams. The Dimensity 820 also supports dual SIM, dual standby (DSDS) 5G technology for access to the fastest speeds and Voice over New Radio (VoNR) services on both SIMs.

The new AI Processing Unit  MediaTek APU 3.0 is going to deliver powerful AI-camera capabilities which means the device can support up to four concurrent cameras with up to 80-megapixel sensors with the help of Imagiq 5.0 to flagship devices. With the  Multi-frame 4K Video HDR the device will support 4K HDR video recording even under bright as well as low lit conditions. The company says that the chip automatically captures frames at different exposures and intelligently fuses them into a single video stream, all in real-time.

There will be support for up to 16GB of LPDDR4x RAM along with H.264, H.265/HEVC video encoding. The MediaTek’s Dimensity 820 is going to support Wi-Fi a/b/g/n/ac, Bluetooth v5.1, FM radio and UFS storage

Komila Singhhttp://www.gadgetbridge.com
Komila is one of the most spirited tech writers at Gadget Bridge. Always up for a new challenge, she is an expert at dissecting technology and getting to its core. She loves to tinker with new mobile phones, tablets and headphones.
Facebook
Twitter
WhatsApp
Linkedin
ReddIt
Email
Previous article
Top 9 smartphones with big batteries under Rs 10,000 category
Next article
Xiaomi likely to unveil its RedmiBook 14 in India in June