Mi 11 Lite and Mi Watch Revolve Active launching in India today: How to watch the Livestream

The wearable will be featuring a blood oxygen saturation (SpO2) monitor, which is an essential feature to rule out the COVID symptoms. 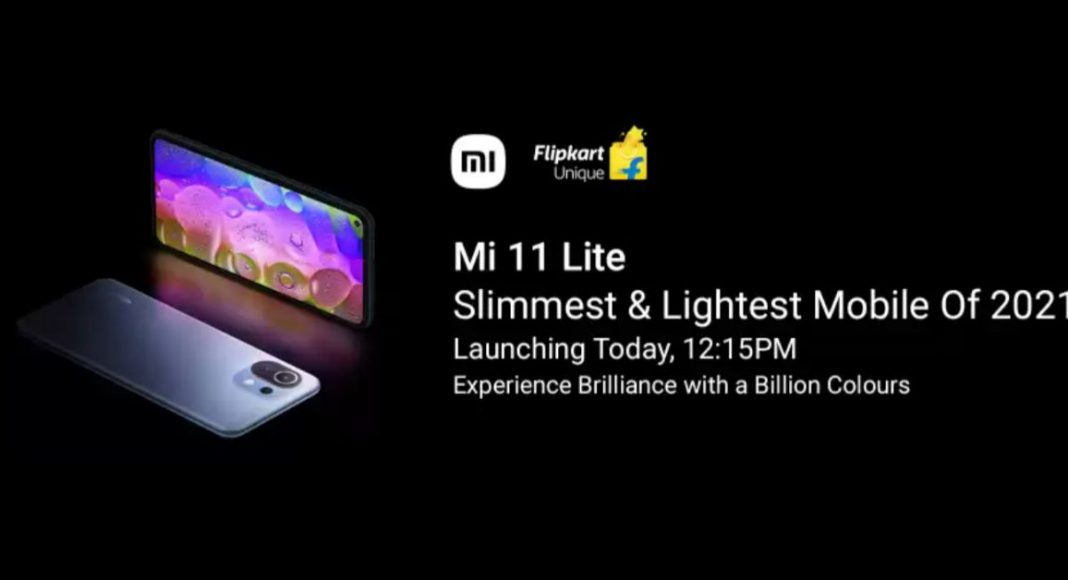 Mi 11 Lite and Mi Watch Revolve Active are set to make their official debut today in India. Mi 11 Lite second device to join the Mi 11 series that already includes Mi 11 Ultra and now the toned-down variant will join the mix. However, the company has not introduced the Pro variant from the Series in the country, which has already debuted in China with both the other two siblings in March this year. On the other hand, Mi Watch Revolve Active is the follow up of the Mi Watch Revolve that was launched in India last year.

Mi 11 Lite and Mi Watch Revolve Active are scheduled to launch in India today The launch event of the device will kickstart at 12 noon onwards and will be live-streamed via the company’s official YouTube channel including its social media accounts. We have embedded the link below for your convenience.

After the official launch in the country, Mi 11 Lite will be available for purchase via Flipkart whereas Mi Watch Revolve Active will go on sale via Amazon. Ahead of the official launch, the upcoming smartphone was teased to be made available in three colour options of Jazz Blue, Tuscany Coral, and Vinyl Black. All the three colour variants are said to be inspired by a region in Italy, a music genre & phonographic records.

For the optics, the smartphone will be highlighted with a triple camera set up on the rear panel that includes a 64-megapixel primary sensor. Further assisted by an 8-megapixel ultra-wide-angle lens and a 5-megapixel tele macro camera. For taking photos and videos there is a 16-megapixel front-facing camera.

In terms of connectivity, there will be Wi-Fi, 4G, Bluetooth v5.1, NFC, GPS, and a USB Type-C port. The sensors on the phone include a proximity sensor, ambient light sensor, accelerometer, gyroscope, electronic compass, linear motor, IR Blaster and a side-mounted fingerprint scanner. It comes with a 4,250mAh battery that supports 33W fast charging.

Amazon has listed out some key specs of the Mi Watch Revolve Active. As per the dedicated microsite, the smartwatch will come with built-in GPS, Glonass, Galileo and BDS as connectivity options. Furthermore, there will be a blood oxygen saturation (SpO2) monitor, VO2 Max, Body Energy Monitor and HR Monitor. It would also include a maximum sports mode along with other features such as sleep management Amazon Alexa enabled for voice control, calls, app notification and more.

Komila Singhhttp://www.gadgetbridge.com
Komila is one of the most spirited tech writers at Gadget Bridge. Always up for a new challenge, she is an expert at dissecting technology and getting to its core. She loves to tinker with new mobile phones, tablets and headphones.
Facebook
Twitter
WhatsApp
Linkedin
ReddIt
Email
Previous articleTop 5 drones with 4K cameras
Next articleHow to mute videos before sending them on WhatsApp?