The Perseverance rover is expected to land on Mars on February 18, 2021. 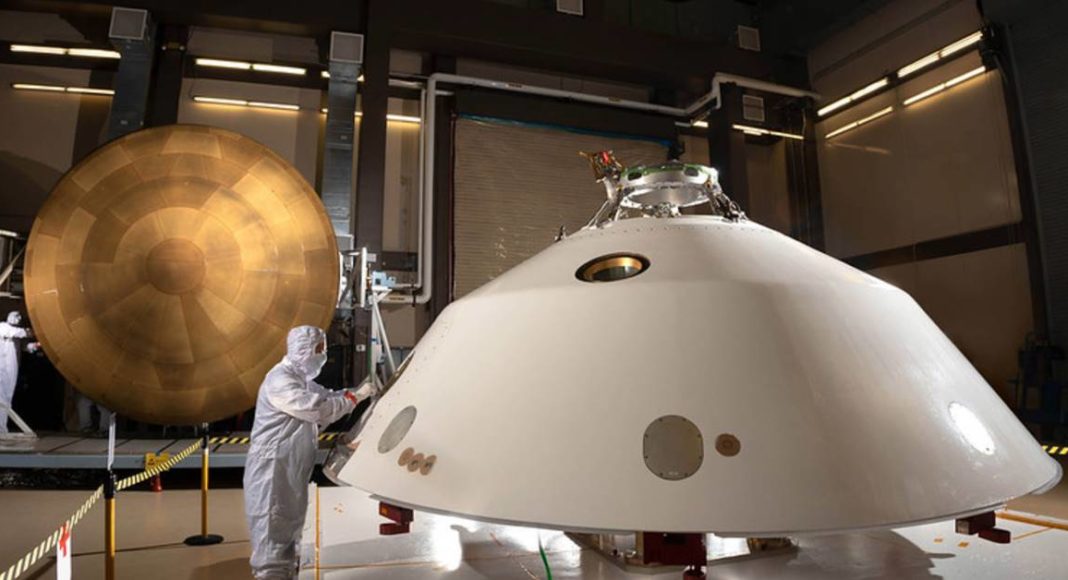 In order to protect NASA’s newest Mars rover Perseverance and deploy the first-ever Mars helicopter, Lockheed Martin has developed the technology behind the aeroshell. The Mars 2020 spacecraft with its Perseverance rover is scheduled to launch at 7:50 am EDT on July 30 (which translates to 5:20 pm IST) from Space Launch Complex-41 at Cape Canaveral Air Force Station on a United Launch Alliance Atlas V rocket.

Emphasising that this mission is pivotal to the future of Mars exploration, Lisa Callahan, vice president and general manager of Commercial Civil Space at Lockheed Martin Space, said, “Our partnership with NASA to build the aeroshell and engineer the Mars helicopter delivery system allowed us to draw upon our deep expertise in aeroshells while also inventing new systems to enable the first flight in the atmosphere of Mars. This all moves us closer to the day humankind will walk on the Red Planet.”

Built by NASA’s Jet Propulsion Laboratory (JPL), the Perseverance rover will study the geology of Mars while searching for signs of past microbial life, collects samples of rock and will even set the stage for human exploration to the planet. The 2,260-pound rover is enclosed in an aeroshell capsule that protects the rover during its seven-month deep space flight and atmospheric descent toward the Martian surface. Lockheed Martin built this large aeroshell and every previous NASA aeroshell sent to the Red Planet.

The Mars 2020 aeroshell, along with the one built for the Mars Science Laboratory mission, is the largest built for a robotic mission. Composed of a heat shield and cone-shaped back shell measuring 15 feet in diameter, the aeroshell is constructed in a composite aluminium honeycomb structure sandwiched by graphite-epoxy face sheets. The heat shield is covered with tiles of a protective material called phenolic impregnated carbon ablator (PICA) that can withstand the more than 2,370 degrees Fahrenheit seen during peak heating.

Nasa‘s Perseverance rover is expected to land on Mars on February 18, 2021.