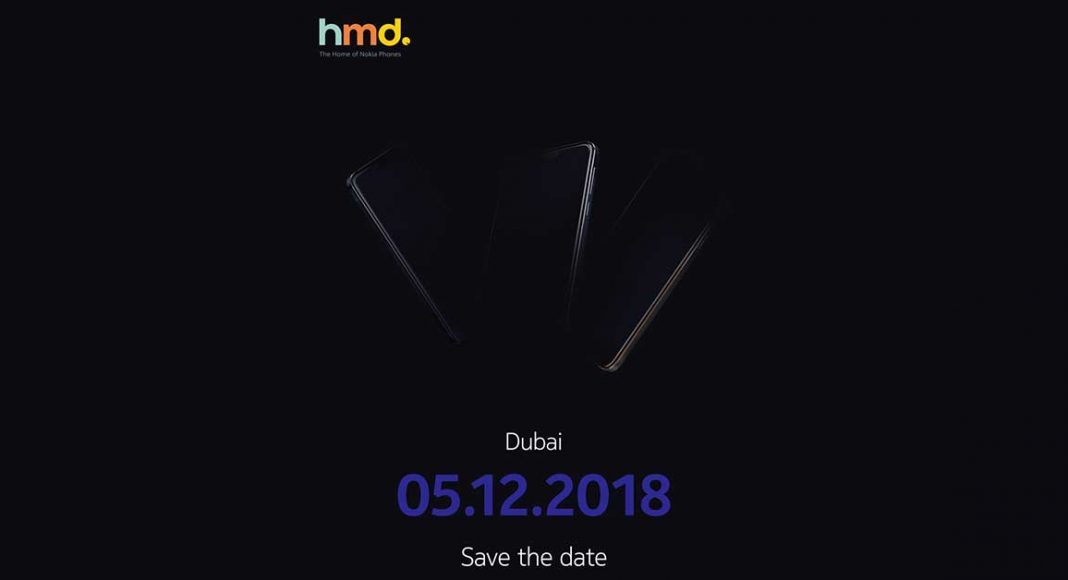 We are always delighted when a little birdie drops a note at our doorstep with industry news. This time it is somewhat announced and shown. Yes, we are talking about the upcoming Nokia event which is doing the rounds. HMD Global who owns Nokia, its CEO has put out a save the date tweet showcasing some of the phones. At least a part of the upcoming Nokia smartphones can be seen in the tweeted image.

As soon as he tweeted the rumour mill began to churn. Nokia is likely to bring out three devices as shown in the image with Notch displays. The first one is touted to be the Nokia 2.1 Plus which will be their entry level smartphone and will be built on the Android One platform. A low-end Qualcomm snapdragon CPU is what might be seen on this one with 2/3 GB RAM.

Next mobile is most likely to be the much-awaited Nokia 8 Siroccos upgrade, the Nokia 8.1. The Nokia 8 made quite a wave when it was launched and was loved by many users and reviewers. The next version should have a smaller notch design and should come with twin cameras at the back.

The third one will be the company’s flagship devices most likely to be called Nokia 9. It should sport over 6-inch touchscreen with HD+ resolution support. It is likely to be built on the Qualcomm Snapdragon 845 circuitry and would support storage memory of up to 256GB. Over that, reports strongly suggest that the Nokia 9 will have 8GB RAM inside and over 4,100 mAh battery. If all this is true then it will be one of the strongest phones to compete with the likes of OnePlus 6T.

In 2018, HMD Global’s Nokia has launched over 10 devices in India and seems like the year is still not over for them. The event is going to take place on 5 Dec in Dubai and we are going to see 3 more big device announcements from the company. Recently, Nokia has also been on an OS updating spree. With its phones getting Android P updates at a rapid pace, Nokia has become one of the most updated smartphone manufacturer.