The company announced OnePlus Nord Buds in India in April this year. 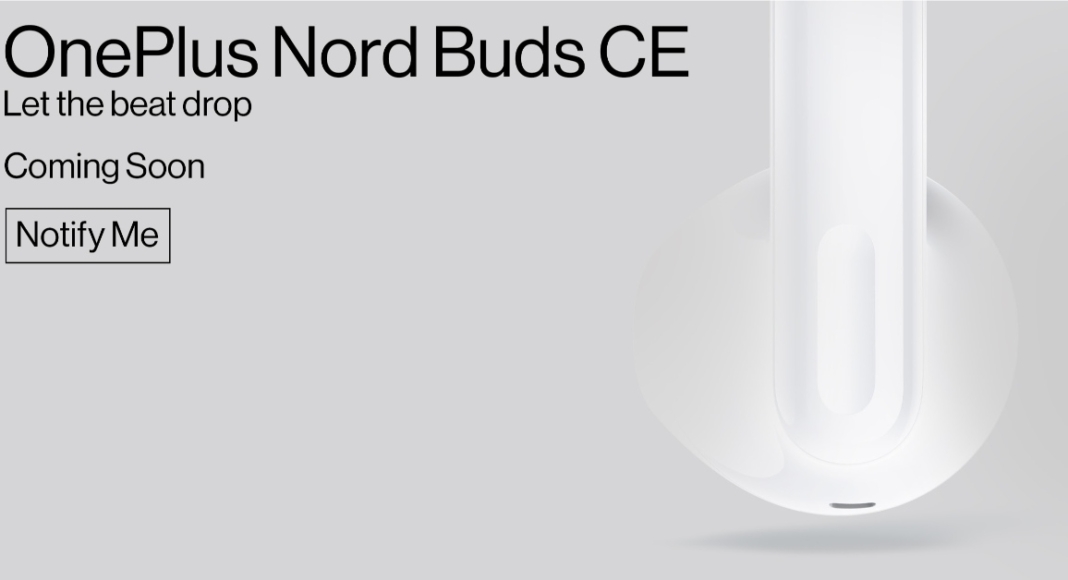 It is official that the OnePlus Nord Buds CE will debut on August 1 in India. The Nord Buds CE is said to strengthen Nord’s position in the entry-level TWS category. OnePlus, regrettably, hasn’t provided any additional information as of yet and has simply confirmed the launch date in India. Ahead of the official launch, the TWS earbuds have been spotted on several certification sites including BIS.

With the introduction of the soon-to-be-released OnePlus Nord Buds CE in India, OnePlus is prepared to broaden its Nord Ecosystem and further increase Nord’s market position in the audio sector. There are currently no known details about the future earbuds but they will be arriving in the nation on August 1. The Bluetooth SIG database has them listed as having the model number E506A when they were supposedly first discovered. As per the website, the earbuds’ connectivity will most likely use Bluetooth version 5.2. The Bureau of Indian Standards (BIS) database was also where it was discovered with the same model code, according to the investigation.

The 12.4mm Titanium drivers of the OnePlus Nord Buds have a frequency response range of 20Hz to 20,000Hz and a maximum sound pressure level of 102 dB. There are four microphones in total on the earphones. These include Bluetooth v5.2 connectivity and a maximum operating range of 10 metres. The earphones feature an IP55 rating for water and dust resistance. With the earbuds is an oval charging case.

The gaming pro mode on the OnePlus Nord Buds, when activated, can offer a latency rate of up to 94 milliseconds. They work with iOS and Android devices alike. The earbuds pair with a partnered OnePlus device as soon as the charging case is opened thanks to the rapid pairing feature.

The charging case includes a 480mAh battery, while each earbud has a 41mAh battery. The case can be charged using the USB Type-C connector that is provided. According to the manufacturer, the OnePlus Nord Buds have seven-hour battery life. According to the manufacturer, when used together, the charging case can extend playtime by up to 30 hours. Additionally, OnePlus Nord Buds assert that a single 10-minute charge will allow you five hours of listening duration.

Komila Singhhttp://www.gadgetbridge.com
Komila is one of the most spirited tech writers at Gadget Bridge. Always up for a new challenge, she is an expert at dissecting technology and getting to its core. She loves to tinker with new mobile phones, tablets and headphones.
Facebook
Twitter
WhatsApp
Linkedin
ReddIt
Email
Previous article
Can I log into my Facebook using Instagram?
Next article
Ford officially exits India and releases the final EcoSport from its Chennai facility