The smartphone comes with more RAM and storage than the previous versions of the smartphone. 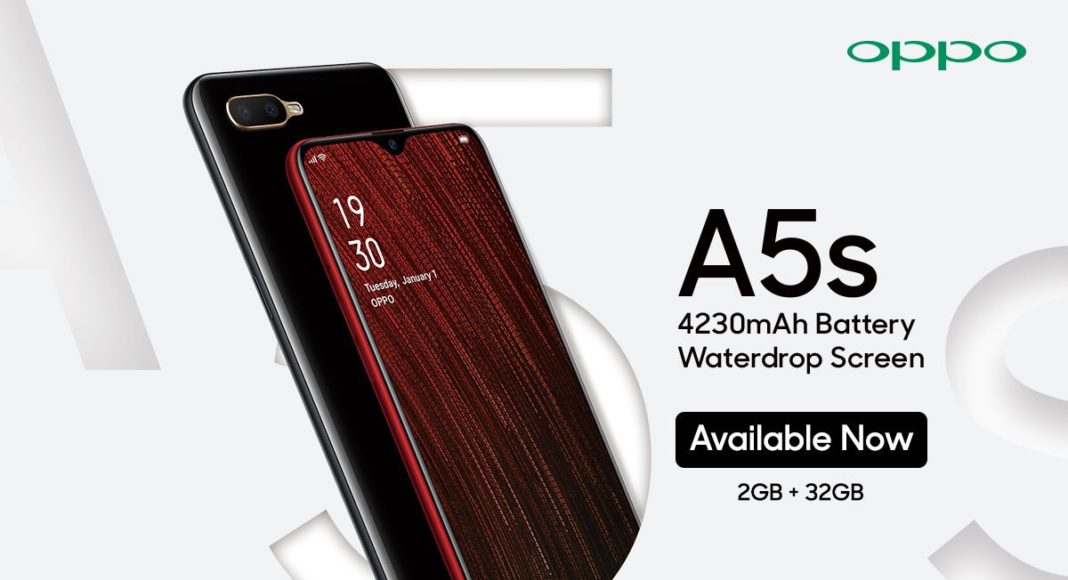 Oppo A5s was launched in India in April 2019 with two RAM variants – 2GB RAM and 3GB RAM. But now, the 4GB RAM variant of the Oppo A5s has finally been launched. The Oppo A5s 4GB RAM contains all the specifications and the features of its lesser variants, but it comes with more RAM. Earlier, this variant was to be launched in May of 2019, but due to some reason it was delayed. A month later, the 4GB RAM version of the Oppo A5s is finally here.

The smartphone can be bought from popular e-commerce platforms like Amazon, Flipkart, Paytm Mall, Tata Cliq, and Snapdeal. It can also be bought from offline brick-and-mortar stores. The mobile will be available in the coming days but the company hadn’t announced an exact availability date of the smartphone.

The Oppo A5s sports a 6.2-inch HD+ (720 x 1,520 pixels) In-Cell display with an aspect ratio of 19:9. It is powered by the MediaTek Helio P35 SoC (MT6765) paired with 4GB of RAM. The smartphone runs Android 8.1 Oreo skinned with ColorOS 5.2 and supports dual-SIM (Nano). The Oppo A5s comes with 64GB of internal storage with support for microSD card of up to 256GB. On the other hand, the 2GB and the 3GB RAM variant of the Oppo A5s comes with only 32GB internal storage support. The newly launched smartphone packs a large 4,230mAh battery with no fast charging capability.

On the imaging front, the Oppo A5s features a dual-rear camera, which comprises of a 13MP main sensor with an f/2.2 aperture paired with a 2MP secondary sensor. While at the front, there is an 8MP selfie camera with an f/2.0 aperture.

Aman Singhhttps://www.gadgetbridge.com/
Aman Kumar Singh has a Masters in Journalism and Mass Communication. He is a journalist, a photographer, a writer, a gamer, a movie addict and has a love for reading (everything). It’s his love of reading that has brought him knowledge in various fields including technology and gadgets. Talking about which, he loves to tweak and play with gadgets, new and old. And when he finds time, if he finds time, he can be seen playing video games or taking a new gadget for a test run.
Facebook
Twitter
WhatsApp
Linkedin
ReddIt
Email
Previous article
Honor 9X Pro specifications leaked, will be powered by Kirin 980 SoC
Next article
Truecaller finally brings its VoIP feature to the app with Truecaller Voice, will be available to all the users