Both the phones will be available in special edition colour options. 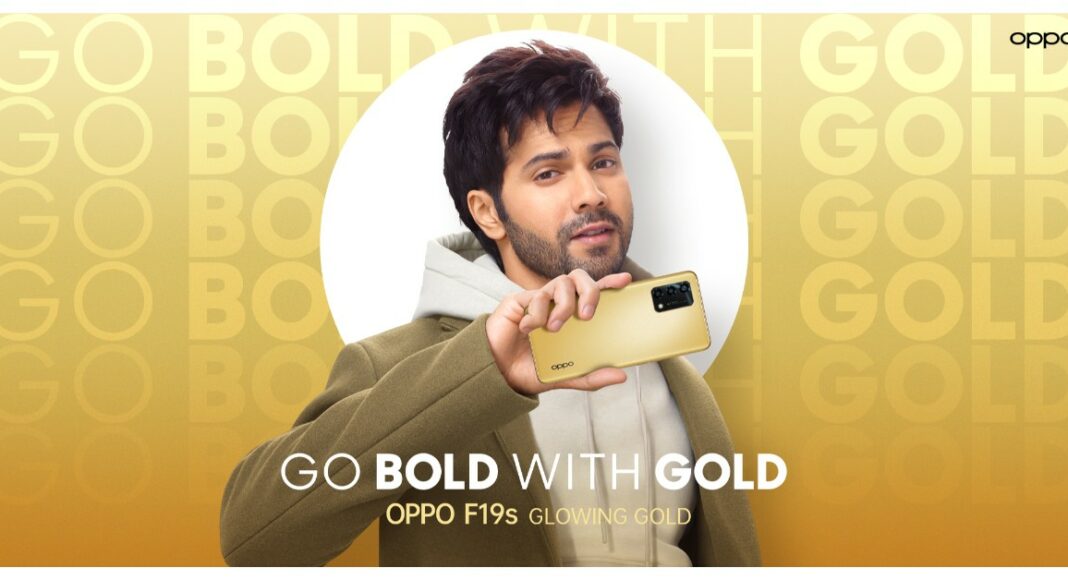 Oppo last year started a new trend of launching a special Diwali Edition smartphone with the launch of Oppo F17 Pro in India. Similarly, the company has today come up with two new smartphones Oppo F19s and Oppo Reno 6 Pro 5G Diwali Edition in the country.

Both the phones come with specs similar to their original device but in new Golden Colour options. To recall, last year F17 Pro was too introduced in the same colour option, which was available for a limited time period.

Oppo F19 comes with a 6.43-inch full HD+ AMOLED Display. The screen offers 1080×2400 pixels of resolution, a standard 60Hz refresh rate and up to 180Hz touch sampling rate support. The display brightness also maxes out to 800 nits and includes a pixel density of 409ppi.

The phone operates on ColorOS 11.1 on top of Android 11 and is powered by Snapdragon 662 SoC paired with Adreno 610 GPU. The device is provided with 6GB of LPDDR4x RAM and 128GB of in-built storage that can be expanded up to 1256GB only. In addition to this, the phone has a feature of virtual RAM expansion to up to 11GB that makes use of internal storage for multitasking. 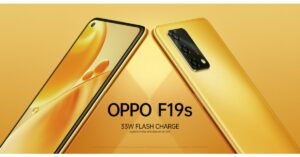 In terms of photos, Oppo F19s includes a triple camera set up on the back which houses a 48MP primary sensor. The setup also consists of dual 2MP sensors for depth and Macro photography. There is a 16MP selfie camera on the front which is hidden inside a hole punch cut out.

For connectivity, there is 4G LTE, dual-band WiFi, Bluetooth v5, Type C Port, USB OTG and a 3.5mm audio jack. While the sensors on the phone include a proximity sensor, under-screen light sensor, geomagnetic induction, gravity sensor, acceleration sensor, gyroscope and more. There is a provision of the in-display fingerprint sensor as well. F19s also has a 5,000mAh battery which comes with 33W Flash Charge fast charging.

Speaking of the Oppo F19 price, the phone has been priced at Rs 19,990 which will be available in two colour options of Glowing Black and Glowing Gold. This smartphone is now available at the company’s official website as well as via Flipkart.

It should be noted that the device debuted in India in July this year; it was priced at Rs 39,990 for the same configuration and is made available in Aurora and Stellar Black Colour options.

The special edition smartphone can be purchased via Oppo’s official website in India and via Flipkart. 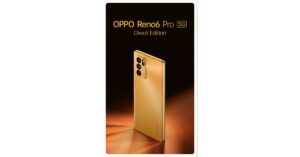 Moving to the specification, the Oppo Reno 6 Pro Diwali Edition shares similar specs as its original device. The 5G ready phone is headlined with a 6.55-inch FHD AMOLED display with 1,080×2,400 pixels of resolution and refreshes at 90Hz. Under its hood, there is a MediaTek DImensity 1200 SoC with 12GB of RAM and 256GB of inbuilt storage.

Komila Singhhttp://www.gadgetbridge.com
Komila is one of the most spirited tech writers at Gadget Bridge. Always up for a new challenge, she is an expert at dissecting technology and getting to its core. She loves to tinker with new mobile phones, tablets and headphones.
Facebook
Twitter
WhatsApp
Linkedin
ReddIt
Email
Previous article
Jabra released its new Elite series earbuds in India
Next article
28 September 2021 Amazon Quiz today answers: Answer to win Rs 15,000 Amazon Pay Balance