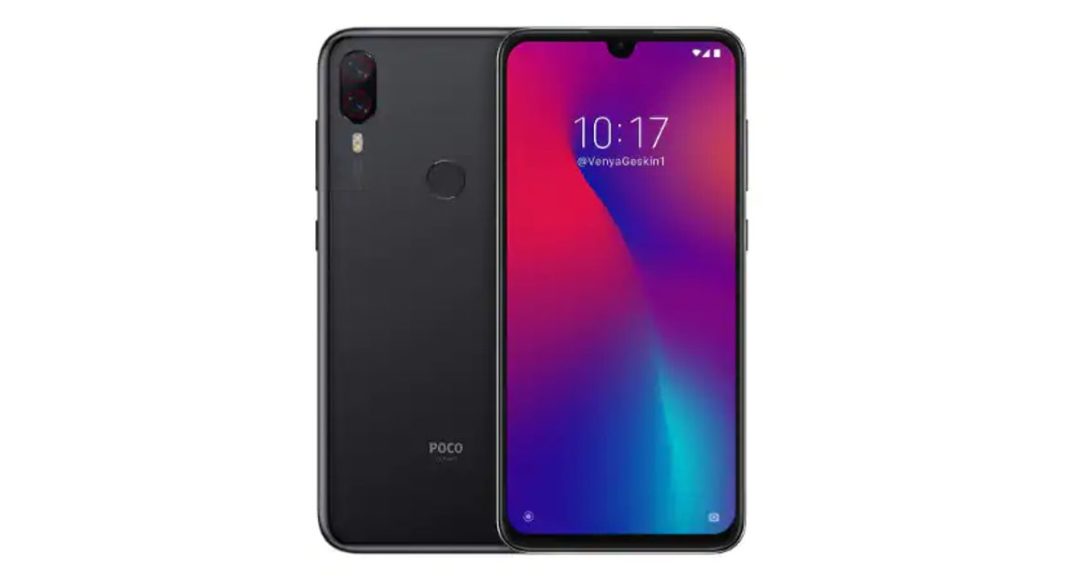 The Xiaomi Poco F2 renders have come out online. And one main aspect of the phone that has come to light in all its glory is the waterdrop notch. Unlike its predecessor, Poco F1 which has a traditional notch, this one would differ. Tipster Benjamin Geskin posted a render of the Poco F2, which shows the same thing. Quite a number of Xiaomi phones are being publicised ahead of their launch and Poco F2 is no different. Take for example the Redmi 7 Pro. It was recently spotted in TENAA with a waterdrop-style display notch.

The concept render of the Poco F2 shows that it would have a fingerprint sensor at the back near where the Poco branding is situated. Recently, there also has been a listing of the same phone in Geekbench where it was tipped to have a 6GB RAM running on Android 9.0 Pie. It is also expected that the smartphone will come with the latest Snapdragon 845 SoC. In the Geekbench listing, the Poco F2 has scored 2,321 and 7,564 in single and multi-core tests. Seems like the Poco F1 will be replaced by Poco F2 very soon.

However, Poco General Manager C Manmohan wrote on Twitter that the company is still focusing on providing authentic experience with the Poco F1. To recall, the Xiaomi Poco F1 has IPS LCD capacitive touchscreen of 6.18-inches. The screen resolution is 1,080×2,246 and the aspect ratio for the same is 18.7:9. There are two RAM variants available of this device—6GB and 8GB. The 8GB variant comes with an internal storage of 256GB.

The 6GB RAM has two storage variants, that is 64GB and 128GB. A microSD card slot can expand the storage by up to 256GB. The main camera comprises of a 12MP and 5MP sensor whereas the selfie camera has a single sensor of 20MP. Connectivity options include WiFi 802.11 a/b/g/n/ac, DLNA, hotspot, Bluetooth 5.0, FM Radio, GPS and USB 2.0.