The device is said to be available in two different configurations. 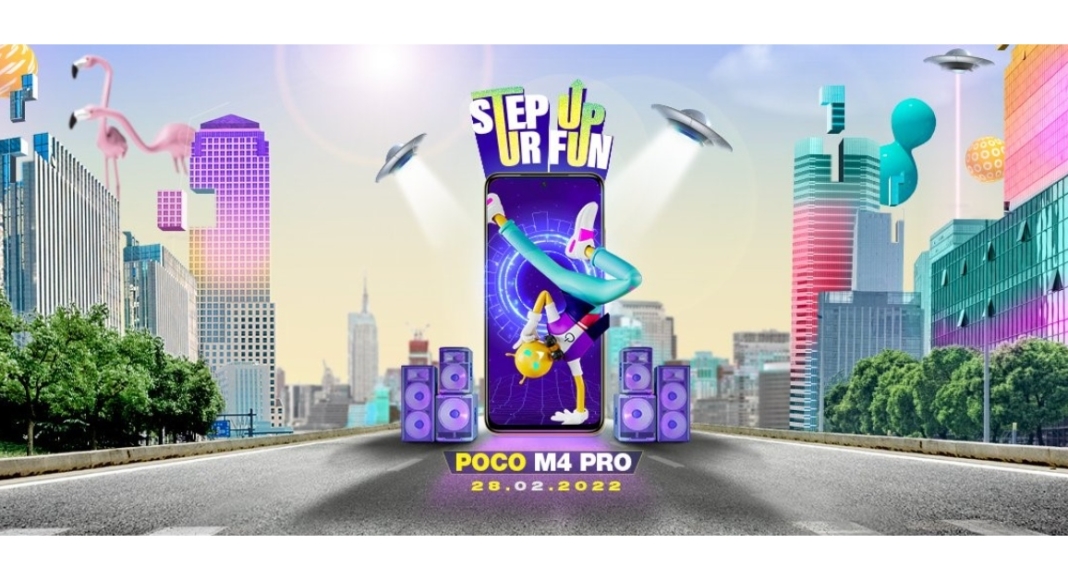 Poco is preparing to launch a new smartphone, the Poco M4 Pro 4G, in India. The company launched the 5G variant in the country last week, which is a rebranded variant of the Redmi Note 11 5G. The upcoming smartphone is expected to hit the market on February 28. According to rumoured specifications that have surfaced online, the phone will be powered by a MediaTek Helio G96 chipset.

Poco India posted a video announcing the official launch date of the Poco M4 Pro 4G in the nation. The device is going to launch in India on February 28 at 7:00 p.m. IST.

The company has yet to reveal the specifications and pricing of the upcoming smartphone, but specifications for the global variant of the Poco M4 Pro 4G smartphone have been leaked online ahead of the official announcement. According to well-known tipster Yogesh Brar, the device will come pre-installed with Android 11-based MIUI 12.5 MIUI 13. The display will be 6.4-inch full-HD+ AMOLED with a refresh rate of 90Hz.

The global variant is likely to come in two RAM and storage options of 6GB RAM with 64GB storage and 8GB RAM with 128GB storage. The MediaTek Helio G96 chipset is expected to power the Poco M4 Pro 4G with up to 8GB of LPDDR4X RAM and 128GB of UFS2.2 storage.

In terms of optics, the Poco M4 Pro 4G global variant is believed to include a triple rear camera set with a 64-megapixel primary sensor, an 8-megapixel ultra-wide sensor, and a 2-megapixel macro lens.

In addition to this, the upcoming smartphone is said to have a 16-megapixel selfie camera sensor for selfies and video calls.

Moreover,, the smartphone is believed to include a 5,000mAh battery with 33W rapid charging capabilities.

Komila Singhhttp://www.gadgetbridge.com
Komila is one of the most spirited tech writers at Gadget Bridge. Always up for a new challenge, she is an expert at dissecting technology and getting to its core. She loves to tinker with new mobile phones, tablets and headphones.
Facebook
Twitter
WhatsApp
Linkedin
ReddIt
Email
Previous articleHP Deskjet Ink Advantage Ultra 4826 AIO review: Modern printer, good for home and basic office use
Next articleAmazon Echo Buds true wireless stereo earphones with ANC and wireless charging support launched in India