The smartphone will get a 64MP triple camera set up. 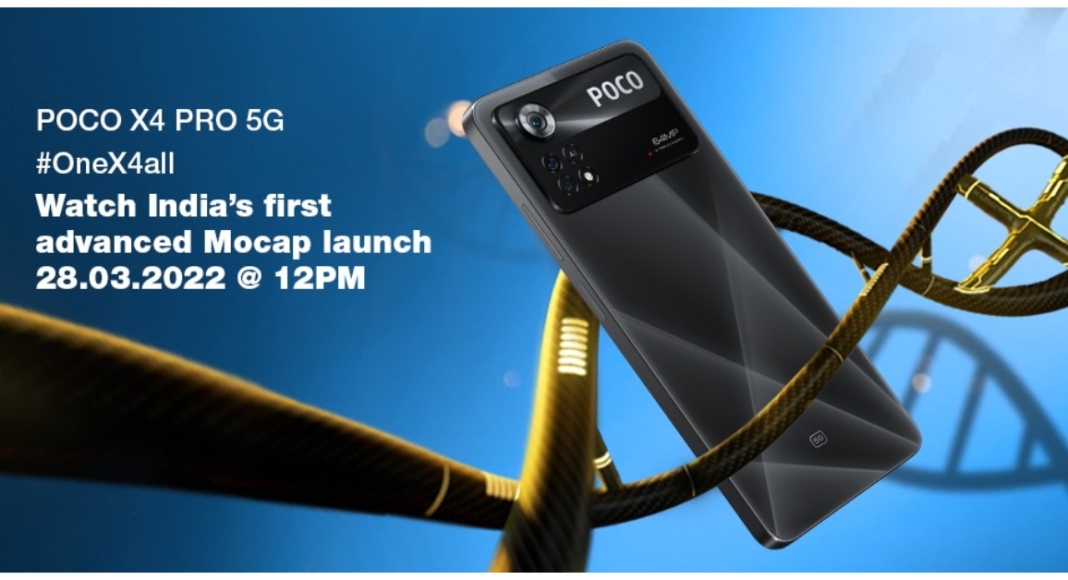 Poco X4 Pro 5G India launch is set to take place today. The new smartphone debuted globally at MWC 2022 last month. The company is going to host a virtual launch event and has also listed the phone on Flipkart to tease the availability. The upcoming handset will feature a 64MP triple camera set up in India whereas the global version has a 108MP camera lens while the majority of the specifications remain unchanged.

The Poco X4 Pro 5G will be launching in India at 12 p.m. IST today. Users can view the launch Livestream by visiting the company’s website and YouTube channel. You can, however, watch it live on our website by clicking on the link below.

As previously stated, the smartphone will have a 64MP camera lens rather than a 108MP sensor, which may reduce the price. The smartphone is expected to cost less than Rs 20,000.

The Poco X4 Pro 5G‘s global version features a 6.67-inch full-HD+ AMOLED display with a resolution of 1,0802,400 pixels. The maximum brightness of the display is 1200 nits, with a refresh rate of 120Hz and a touch sampling rate of 360Hz. The phone is powered by an 8GB RAM Snapdragon 695 SoC and runs Android 11 with the MIUI 13 skin on top. The phone has an internal storage capacity of 256GB that can be expanded to 1TB via a microSD card slot.

For selfies, a 16-megapixel front-facing camera is available. It has a 5,000mAh battery and supports 67W fast charging.

Komila Singhhttp://www.gadgetbridge.com
Komila is one of the most spirited tech writers at Gadget Bridge. Always up for a new challenge, she is an expert at dissecting technology and getting to its core. She loves to tinker with new mobile phones, tablets and headphones.
Facebook
Twitter
WhatsApp
Linkedin
ReddIt
Email
Previous articleAmazon Quiz Answers Today 28 March 2022: Participate to win Rs 30,000
Next articleSamsung Galaxy M33 5G set to launch in India on April 2: What to expect