Before you decide to buy this smartphone, read why we ask you to say NO to this device. 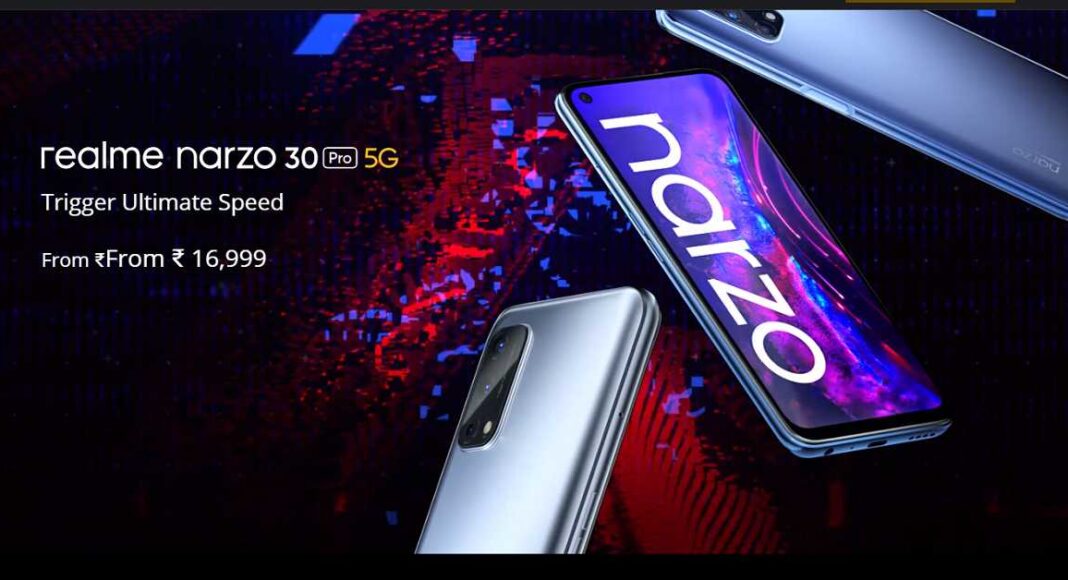 1) Processor could have been better

The Realme Narzo 30 Pro 5G comes with a MediaTek MT6873 Dimensity 800U 5G chipset. Other brands like Moto and Samsung are releasing their mid-range smartphone with powerful Qualcomm Snapdragon processors. When subjected to resource-demanding tasks like gaming, the Narzo 30 Pro 5G will surely lag behind the other smartphones. Moreover, 5G must run on a powerful processor, which is missing in this smartphone.

2) No advancement in camera

On the rear, Realme Narzo 30 Pro has a triple-camera setup that includes a 48-megapixel primary sensor with an f/1.8 lens, 8-megapixel secondary sensor with an ultra-wide-angle lens, and a 2-megapixel macro shooter. The front camera setup lies inside a punch-hole cutout situated on the top left corner of the screen. You get a 16-megapixel selfie camera sensor at the front. There is nothing new about camera specification. It has the same set of front and rear cameras as you get in Narzo 20 Pro. So where is the upgrade?

The Realme Narzo 30 Pro comes with a 5,000mAh battery. The 5G feature will ensure that the battery drains out even faster. In fact, Samsung offers a higher mAh battery at a cheaper price. Motorola gives you the same power battery at half the price of Narzo 30 Pro. Thus, when it comes to power, we were expecting at least a 6,000 mAh battery.

The Realme Narzo 30 Pro 5G comes with a standard 6.5-inch display with a 120Hz refresh rate and a 90.7 percent screen-to-body ratio. The panel operates at full-HD+ resolution. Does it sound amazing? No, because you are getting an IPS LCD that is not capable of delivering the quality what an AMOLED screen can offer with the same refresh rate. Samsung offers a Super AMOLED display at a similar rate. So, if picture quality is a priority for you, Narzo 30 Pro is not something you should go ahead with.

5) Nothing new in the memory

The 4GB RAM 64GB storage model of the Realme Narzo 30 Pro 5G will cost you Rs. 16,999 while the 8GB RAM 128GB memory configuration model is priced at Rs 19,999. At the max, you are getting 64 GB + 256 GB expandable storage. This is exactly what Narzo 20 Pro offers. There is no improvement in the memory department of Narzo 30 Pro 5G. Moreover, Motorola offers you 64GB storage at half the price. Thus, spending money for zero change is not worthwhile when in the recent future we expect some great advancement in the storage segment from its competition in the same price segment.

The user interface is the window through which you interact with your smartphone. The interface of this Realme smartphone looks obsolete and dated. If you buy it, you may face inconvenience in handling it, at least for a while. When compared to Samsung One’s UI, Xioami or Motorola’s Stock Android experience, Realme Narzo 30 Pro 5G is not what you should seek.