The company has introduced the duo at competitive pricing 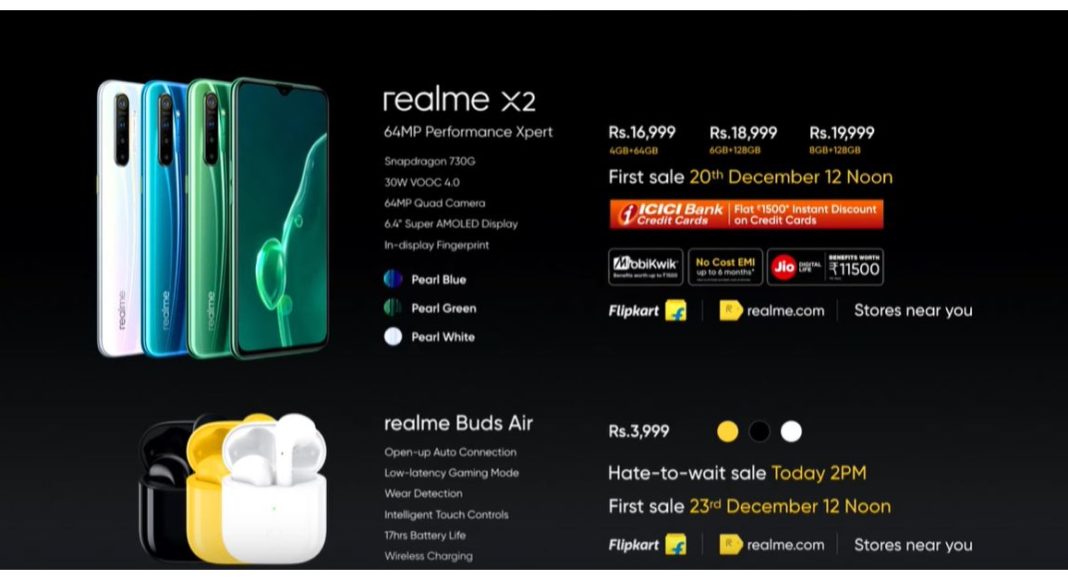 Now coming to the Realme Buds Air the company introduced the wireless earphones in India for the first time globally. Realme launched the earphones with a price tag of Rs 3,999. These will be available in three colour variants of Yellow, Black and White.

Both Realme X2 and Realme Buds Air will be available on the e-commerce website Flipkart as well as Realme online store in India. From today 2 PM onwards, the company will be hosting Hate to Wait sale on the e-retail platform. Whereas the smartphone will be available for purchase from December 20 via both the platforms.

The company introduced its truly wireless stereo earbuds Realme Buds Air for the very first time in the country as well as globally. The wireless earbuds will come with a case, which connects to your device instantly whenever you open the cap of the case. The device further comes with a new low latency gaming mode in which latency drops to 51 percent when the mode activates. There is a dual-mic noise cancellation feature, one will record the user’s voice and the other will record the environmental noise and they will together offset the background noise during a call. 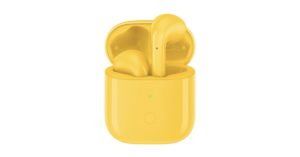 The Realme Buds Air comes integrated with 12mm driver and it has a dynamic bass boost as well that offer punchy bass as the company stated. The Realme buds are touch-enabled for better as well as easy control. It offers 3 hours of playback time on just the buds and 17 hours of total playback with the charging case. The earbuds also support wireless charging.

Realme X2 comes with a 6.4-inch full-HD+ sAMOLED display with 1,080×2,340 pixels and a 19.5:9 aspect ratio. The display has Corning Gorilla Glass 5 protection and DC dimining as well as night mode features. The handset runs Android 9 Pie-based ColorOS 6.1. Under the hood, there is a Qualcomm Snapdragon 730G processor with 8GB of RAM and 128GB of storage that can be expanded up to 256GB via microSD card. 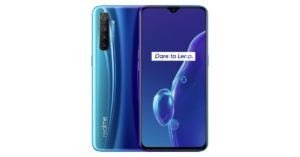 In terms of camera, Realme X2 features a quad rear camera set up that comprises of a 64-megapixel primary sensor along with an 8-megapixel super-wide-angle lens. Further assisted by dual 2-megapixel camera sensors one for portraits and other for macro shots. The phone sports a 32-megapixel front-facing camera for taking selfies and video calling.

In terms of connectivity, the phone includes 4G LTE, Wi-Fi 802.11ac, Bluetooth v5.0, GPS/ A-GPS, NFC, USB Type-C along with a 3.5mm headphone jack. The sensors on the phone include an accelerometer, ambient light, gyroscope, magnetometer and a proximity sensor.

Komila Singhhttp://www.gadgetbridge.com
Komila is one of the most spirited tech writers at Gadget Bridge. Always up for a new challenge, she is an expert at dissecting technology and getting to its core. She loves to tinker with new mobile phones, tablets and headphones.
Facebook
Twitter
WhatsApp
Linkedin
ReddIt
Email
Previous article
Realme X2 and Buds Air to launch in India today: How to watch the Livestream details
Next article
The satellite images of Google maps now cover more than 98% of the Earth: Can you see your house?