Realme 7 and Realme 7 Pro goes official in India: Details inside

Both the smartphones will be available via Flipkart 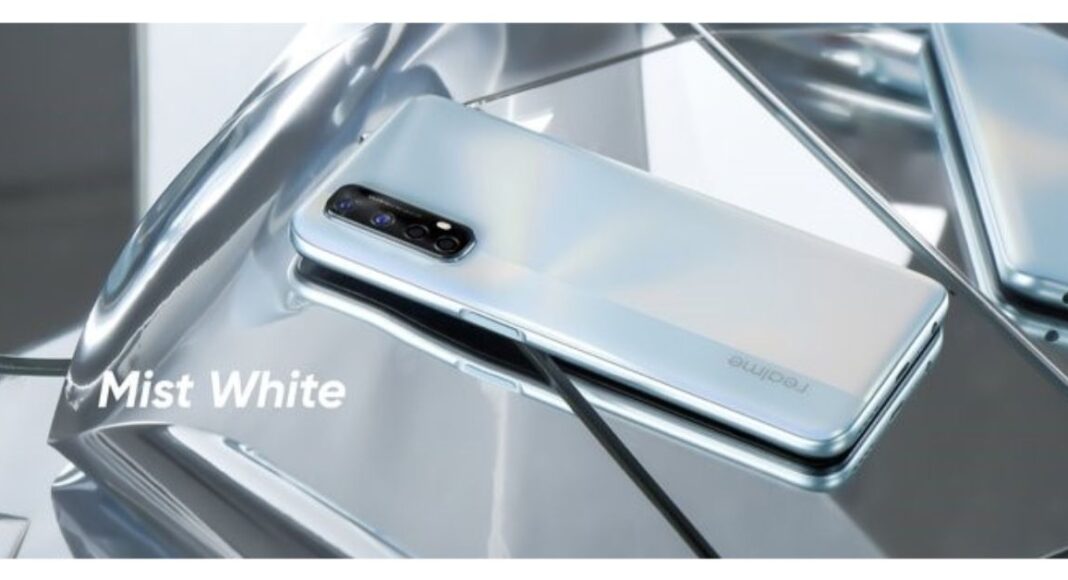 Earlier this week Realme introduced its latest smartphone series 7 in China. Without any delay today the company introduced the Realme 7 Pro and Realme 7 in India. These smartphones feature a hole-punch design display, a quad rear camera set up and is supported by the company’s fast-charging tech. The device which has been introduced in the country is very much different from the ones that were launched in China but now they have come to India these brings the latest features priced under the mid-range segment.

The Realme 7 Pro has been launched in two different configurations of 6GB RAM/8GB RAM with 128GB of storage priced Rs 19,999 and Rs 21,999 respectively. It will be offered in n Mirror Blue and Mirror White colour options. The standard model will be available in 6GB RAM with 64GB storage at Rs 14,999 while the 8GB RAM with 128GB storage model is priced at 16,999. Both the variants will come in two colour options Mist Blue and Mist White.

Realme 7 runs Realme UI built on Android 10. It comes with a 6.4-inch full-HD+ AMOLED display with 1,080×2,400 pixels of resolution and a 90.5 percent screen to body ratio. It has been layered with Corning Gorilla Glass for protection. It has been powered by an octa-core MediaTek Helio G95 chipset with ARM Mali-G76 MC4 GPU. It will be offered with up to 8GB of LPDDR4x RAM and up to 128GB of UFS 2.1 storage which can be expanded via microSD card. 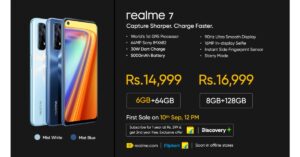 In terms of connectivity, there is a 4G LTE, dual-band Wi-Fi, Bluetooth v5.1, GPS, Glonass, and USB Type-C port. While sensors on the phone comprise a geomagnetic sensor, ambient light sensor, proximity sensor, gyroscope, and accelerometer. The device is backed up by a 5,000mAh battery with 30W fast charging support.

The Realme 7 Pro shares some similarities with the standard model. This includes a larger 6.55-inch full-HD+ AMOLED display. The display includes up to 180Hz touch sampling rate, 90.8 percent screen to body ratio and protected with Corning Gorilla Glass 5 layering. It offers 600 nits of peak brightness along with 98 percent coverage of NTSC colour space. It is powered by an octa-core Qualcomm Snapdragon 720G processor, paired with Adreno 618 GPU and up to 8GB of LPDDR4X RAM and 128GB of UFS 2.1 onboard storage which can be expanded using a microSD card. 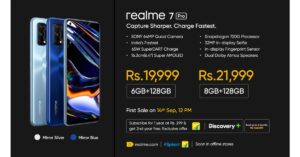 The smartphone houses a 4,500mAh battery with 65W fast charging support. Otherwise, the connectivity options and sensors are the same as above.

Komila Singhhttp://www.gadgetbridge.com
Komila is one of the most spirited tech writers at Gadget Bridge. Always up for a new challenge, she is an expert at dissecting technology and getting to its core. She loves to tinker with new mobile phones, tablets and headphones.
Facebook
Twitter
WhatsApp
Linkedin
ReddIt
Email
Previous article
BenQ introduces a new Home Entertainment Projector TH585 in India
Next article
Intel launches its 11th Gen Core Processor for thin-and-light Laptops